On this day: A Soviet icebreaker became first ship to reach the North Pole 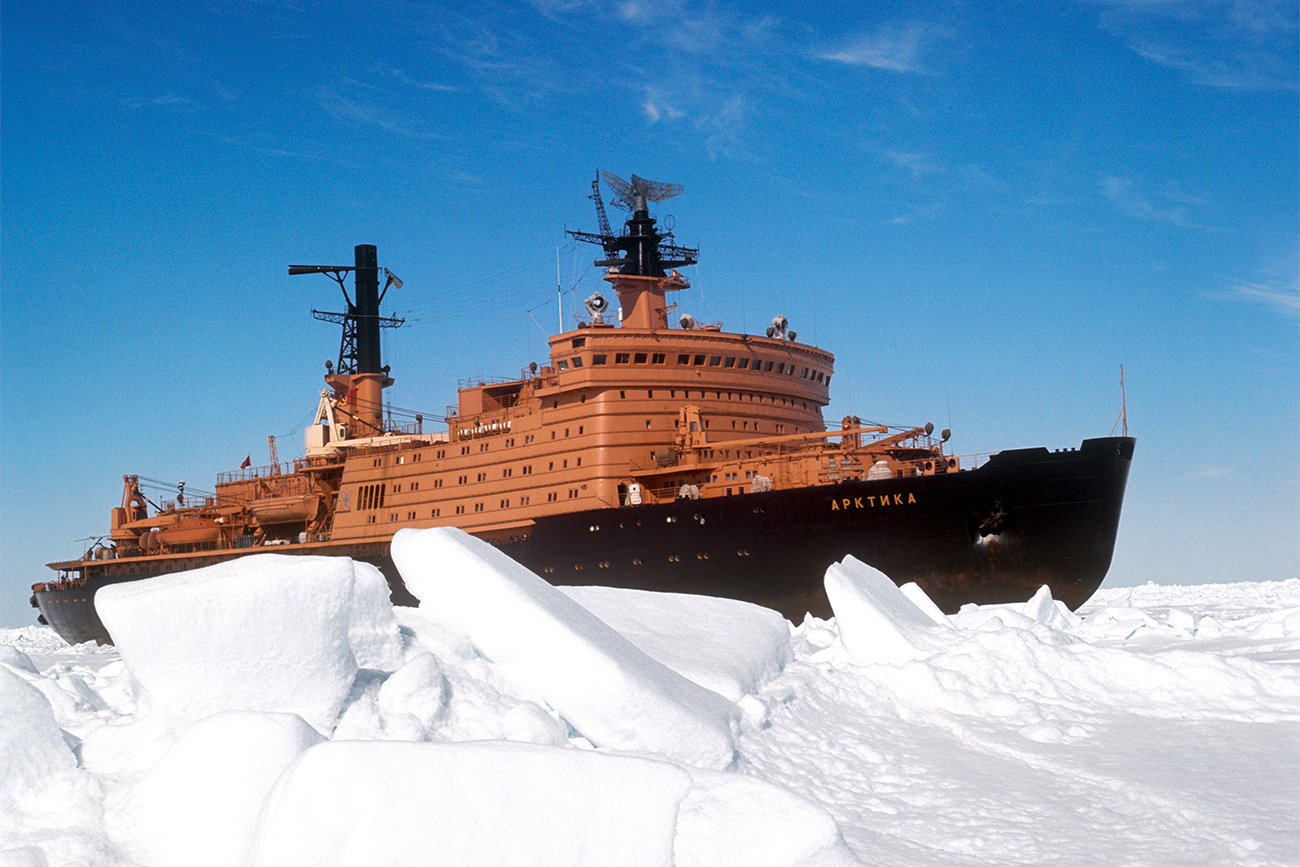 The Arktika nuclear-powered icebreaker among ice and snow.

Semyon Maisterman/TASS
Over 200 people were involved in the expedition

On Aug. 17 the vessel, breaking heavy ice cover, became the first surface ship to reach the North Pole in the history of navigation. The crew celebrated the event by raising the USSR national flag on a steel mast erected on the ice.