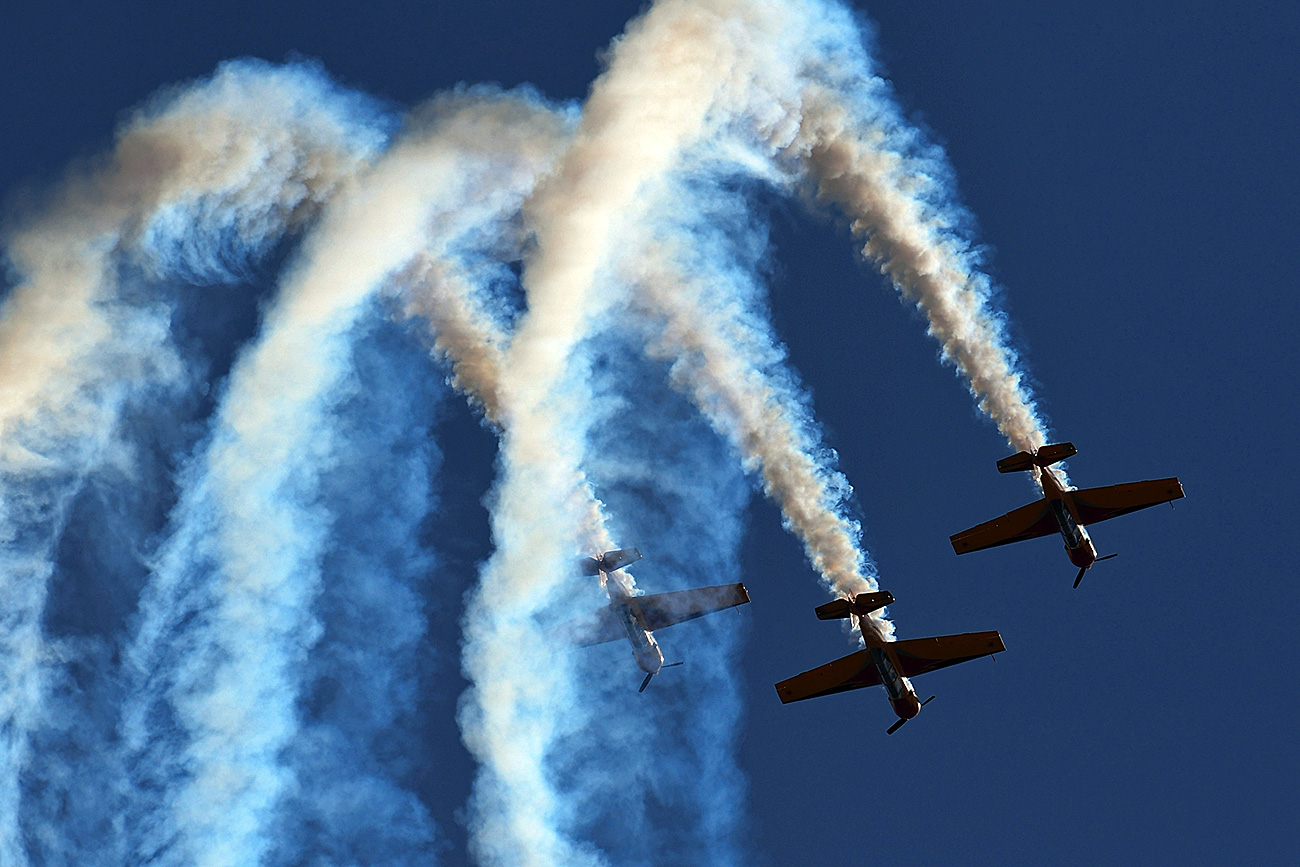 The First Flight aerobatic team performs at the International Aviation and Space Salon MAKS-2017 in Zhukovsky.

Russia's first international aviation exhibition was held in 1911 in Mikhailovsky Manege, St. Petersburg. Since 1993, the territory of the Gromov Flight Research Institute has become the venue for the International Aviation and Space Show (MAKS). The main purpose of the meeting is demonstrating Russia’s new technologies and opening up the domestic market for potential joint projects with foreign partners.

During the first airshow in 1993, 178 companies from CIS countries and 82 foreign companies attended. The number of visitors exceeded 400,000.

MAKS-2017 was attended by about 450,000 people. The main showstoppers were the Russian MiG-35 fighter aircraft and military transport Mi-8AMTSH helicopter.

aviation Russian history On this day Viral in Russia