30 years ago: Trial of pilot who landed on Red Square came to an end 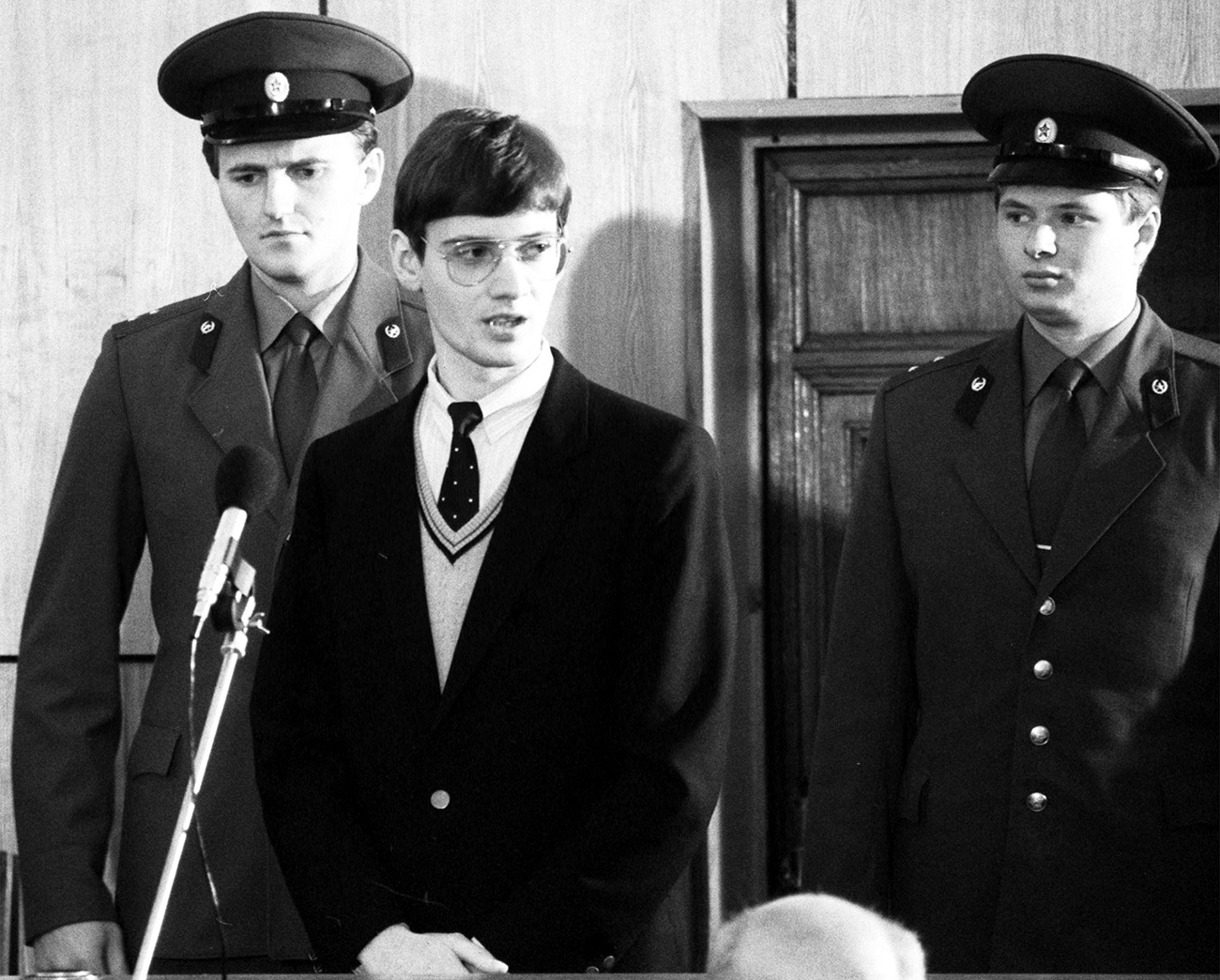 German amateur aviator Matthias Rust, centre, appears in court as he stands trial for illegally landing near Red Square in Moscow in 1987.

On the evening of May 28, 1987 as the USSR celebrated Border Guard’s Day, a single-engine Cessna-172R airplane landed skillfully in the very center of Moscow near Red Square. A tall man in a red jumpsuit climbed down from the cockpit and began signing autographs for members of the public who came running up to him. Barely 10 minutes after the landing, a police car pulled up.

German amateur pilot Mathias Rust had taken off in a rented light sports plane from an airport near Helsinki, overcame the Soviet air defense system, and flew 530 miles to land in the heart of the Soviet Union.

After that incident, Defense Minister Sergei Sokolov, Commander of Air Defense Forces Alexander Koldunov, and about 300 officers lost their jobs. Rust told the court that his flight was "a call to peace."

The trial on Rust was held in Moscow on Sept. 2-4. He was accused of hooliganism and handed a four-year prison sentence. However, he was amnestied on Aug. 3, 1988 by the Soviet government.

Read more: The flying hooligan who broke through the Iron Curtain

aviation Russian history On this day Viral in Russia