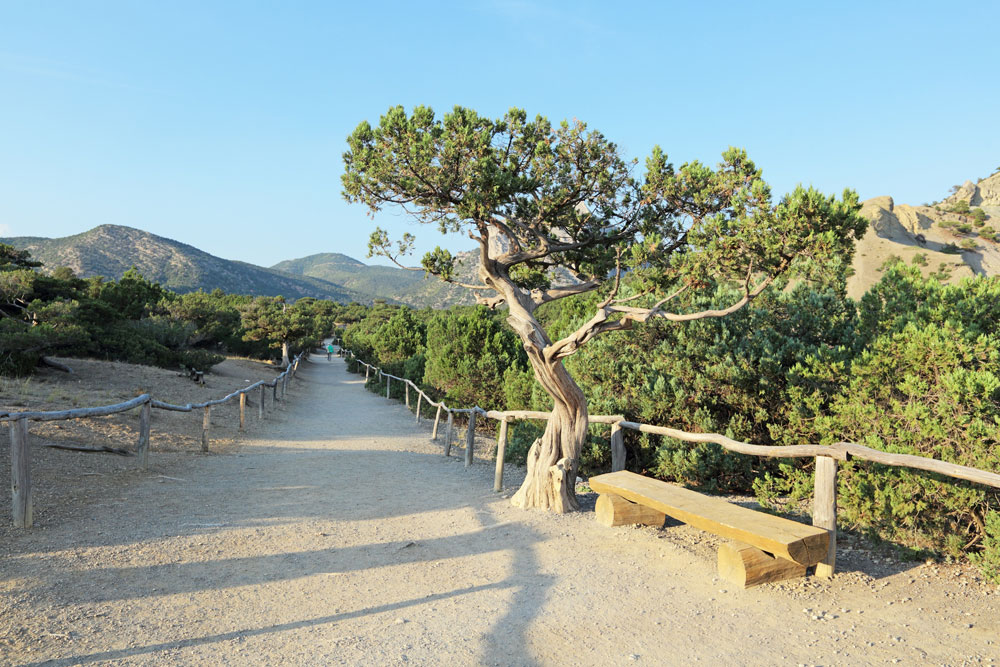 The royal trail in Juniper Grove

Lori / Legion-Media
In the 19th century, Crimea became the favorite holiday resort of Russia's royal family. Palaces with parks were built on its coast and special paths were laid out for royal leisure. RBTH takes a look at five Crimean haunts associated with the Romanov dynasty.

The Romanovs loved the small town of Livadiya, located 1,600 kilometers (about 1,000 miles) south of Moscow, more than anywhere else. In 1861 Tsar Alexander II ordered that it be purchased for Empress Maria Alexandrovna. Shortly afterwards, a palace was built and a park created where the Empress enjoyed the healthy benefits of walking.

It was here that the last tsar, Nicholas II, took his coronation oath. Under his rule a new palace of white granite would be built. The Tsar's Path was laid out here in such a way as to avoid any major gradient changes. Initially, the path ran only above Nizhnyaya Oreanda, but when Livadiya became an imperial residence it was extended to link the main palace with Grand Duke Mikhail Nikolayevich's Ai-Todor estate.

In 1900 Nicholas II ordered it to be extended still further: a route more than 6.7 kilometers (about 4 miles) long was laid out from Livadiya to the nearby Alexandria estate in Gaspra. The tsar's family used to walk or ride on horse back along the path. The salubrious Crimean air made the route good for their health. 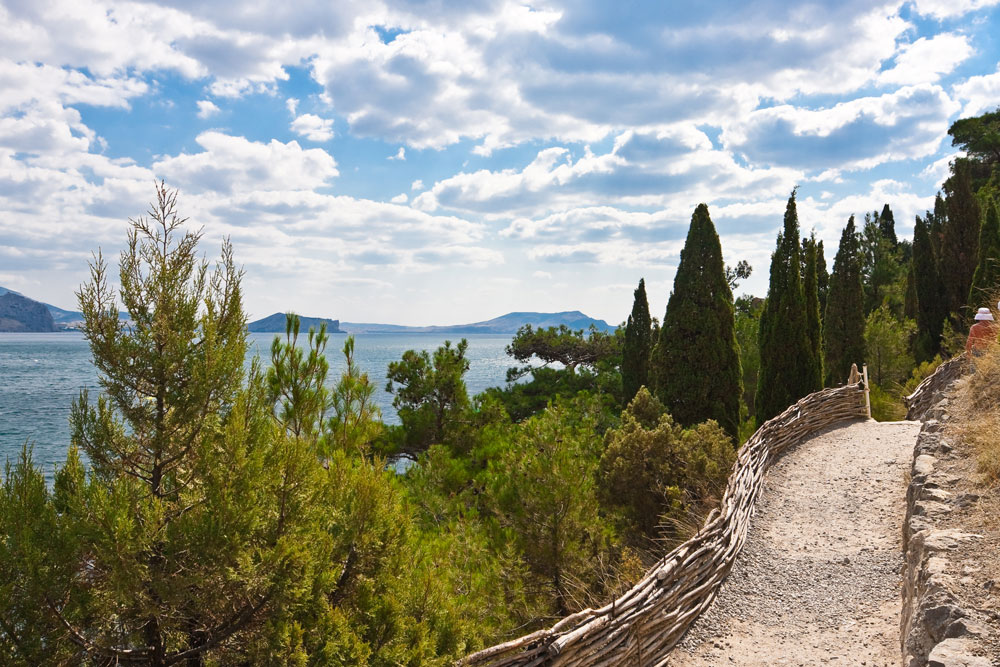 In 1878, Duke Leo Golitsyn acquired some land near the small town of Sudak where he set up a winery and built an Eastern-style villa. In 1912 Nicholas II and his family came to this estate, called “Paradiz”(Paradise), in the imperial yacht, the “Standart.” A 5,470-meter long path (about 3.4 miles) was carved into Mount Koba-Kaya especially for his visit. The route ran along Zelenaya (Green) and Sinyaya (Blue) bays and Cape Kapchik. Mount Koba-Kaya has numerous natural grottos, one of which had been used as a cave monastery in the Middle Ages; Golitsyn stored his wine there.

According to chronicles of the time, after walking the path and dining with Golitsyn, Nicholas II commented that life had been shown to him in a new light. This is one version of the origin of the name by which the estate is still known today: “Novy Svet”(New World).

The Massandra estate was acquired by Tsar Alexander III in 1889. Under its previous owners, the German landscape gardener Carolus Keebachhad established an English garden there. This proved very popular and admission was granted only to holders of tickets. The construction of the palace was completed in 1902.The initial design by Frenchman Etienne Bouchard was completed by Maximilian Messmacher, who created a fairy-tale château.

The Romanovs loved Massandra: Nicholas I and Empress Alexandra Feodorovna had visited back in 1837. Alexander III would always come here when he was in Crimea. Empress Maria Alexandrovna also loved walking in the park at Massandra. Nicholas II's family would enjoy the park and organize picnics during visits.

The Charax estate (named after a Roman fort that had been located there) on Cape Ai-Todor belonged to the Grand Duke George Mikhailovich, a grandson of Nicholas I. In 1904, an unostentatious Scottish-style castle surrounded by a park was built there.

As a reminder of Charax's classical past, a summer house with 12 columns, given to the Grand Duke by Nicholas II, was built in the park. Initially, the columns had decorated the atrium of the imperial palace in Oreanda, but this was destroyed by fire in 1881. The tsar also visited Charax and remarked on the palace's simplicity and austerity. 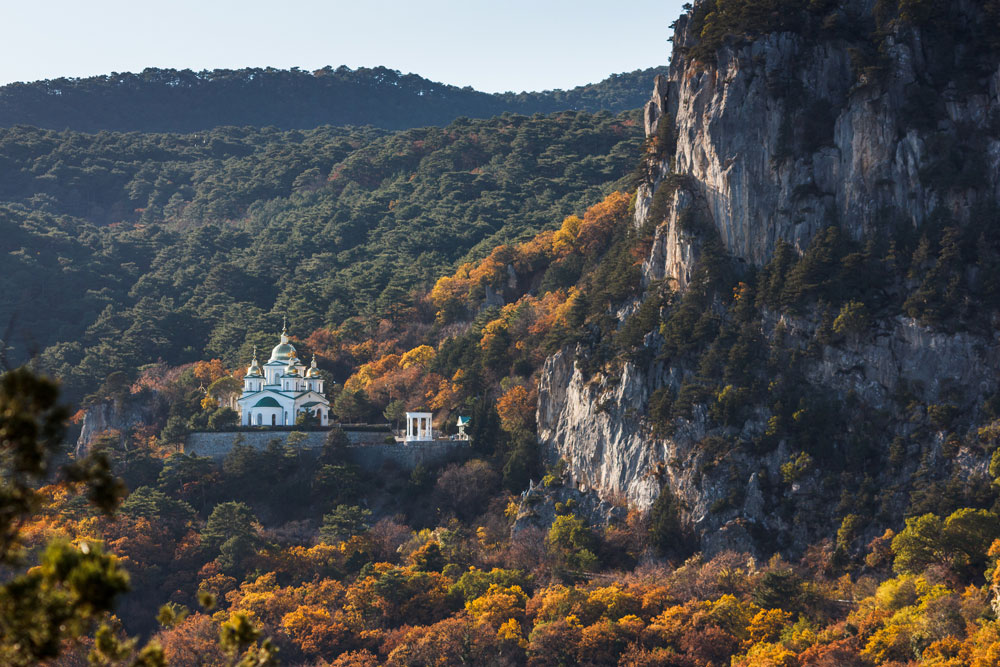 Located near Livadiya, the picturesque and tranquil hamlet of Oreanda took Nicholas I's eye. In 1837, he gave it to Empress Alexandra Feodorovna as a gift. Shortly afterwards, the first building appeared: a white half-rotunda marking the boundary of the imperial estate.

Next came a Renaissance-style palace, the first built for the imperial family in this part of Crimea. An English-style park fit in well with the local landscape. Following Alexandra Feodorovna's death, the estate was passed on to Grand Duke Konstantin Nikolayevich.

He loved the location and spent much of his time here after retiring. In 1894 Crown Prince Nicholas, the heir to the throne, became the owner of the estate. Although neither he nor his family stayed in Oreanda for long, the Romanovs loved walking here. Members of the public were also permitted to enjoy the park when the royal family was not in residence.