Soviet ‘Converse’ has sneaked back into fashion 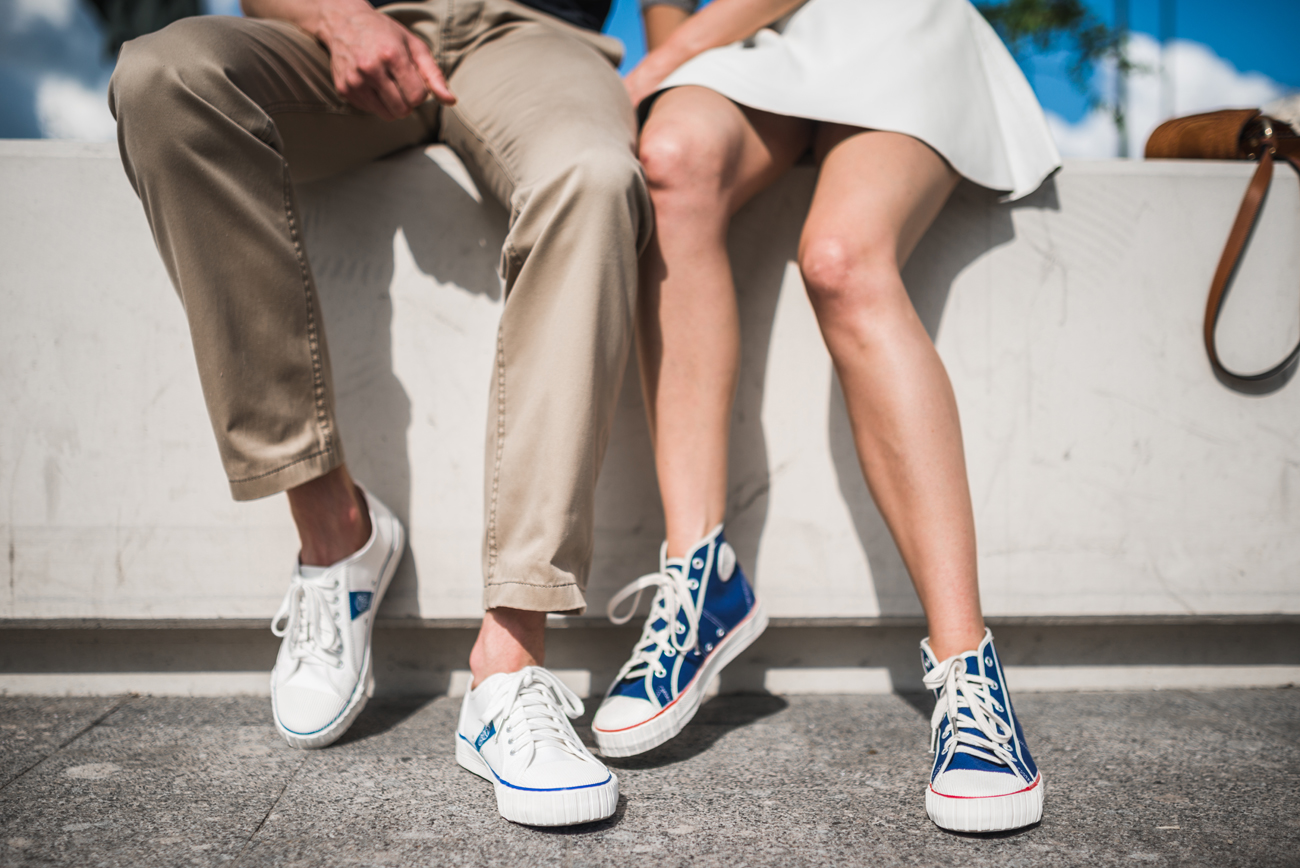 Press Photo
Everybody in the Soviet Union wore ‘Two Matches’ sneakers for over two decades. From ordinary citizens to cultural icons, cosmonauts and athletes, everyone sported them. The entrepreneurial skill of a Moscow businessman has got the legendary footwear back on the shelves.

Over 34,000 foreigners came to Moscow in 1957 for the VI International Youth and Student Festival. Many showed off their unusual rubber-soled shoes, attracting stupefied looks from Soviet citizens on the streets.

The new trend quickly caught on and, in the 1960s, the USSR started the mass production of sneakers: the foreign wonder soon became regular, daily footwear. Twenty years later, however, in the 1980s, they started to be seen as inappropriate. Fashions, however, change and Russia today is again experiencing a sneaker craze.

"I was looking for a product with a national Russian identity in order to emphasize our good efforts. The sneakers from the 70s were perfect for this," said 28-year-old Yevgeny Raikov from Moscow, the man who re-established in 2016 production of the ‘Two Matches’ sneakers, a brand from the days of the USSR.

However, it would not be accurate to call the original Two Matches sneakers purely Soviet, since the product was a Soviet-Chinese project. Ironically, Raikov's shoes are also made in China with the old equipment, while factories in Russia factories the sneakers with different technology.

Raikov worked on the project for two years in China. He learned Chinese and was able to thoroughly reintroduce the technologies used in the USSR.

"Even the tips of the laces are metallic, not plastic, just like in the old times," he said.

Soviet citizens would be amazed if they found that sneakers are back in fashion. From the 1960s onward they were no longer a novelty. Those days they cost only four rubles, which was marginally more than a bottle of vodka.

"In the USSR sneakers were perceived as shoes for hiking, sports and long walks," said fashion historian Galina Ivankina. "No one would have thought they were a part of a stylish outfit."

Back then people in the entire country had sneakers: schoolchildren, tourists, favourite cartoon characters – even Yuri Gagarin, the first cosmonaut.

The popularity of sneakers came to an end in the 1980s when trainers appeared in the USSR. People wore them to discotheques and get-togethers. Fashion buffs dreamed of Adidas and domestic footwear began to be associated with underachievers who did not have access to foreign goods.

"Today this kind of footwear definitely suits the youth and their style," says Ivankina. "A teenage girl I know thought the black sneakers that a character from the Soviet film ‘Adventures of Electronik’ wore were quite fashionable. But when the picture was made no one believed the protagonist was a dandy."

The new sneakers are authentic in every way except for their price. In the USSR they occupied the niche of inexpensive practical footwear. A pair of ‘Two Matches’ is sold today for 4,000 rubles ($60) and the shoes are described on the official site as, "a tribute to both the Socialist heritage and the nostalgia for quality that spread throughout the world."

Users of the Russian social network vk.com are discussing whether a piece of fabric on a piece of rubber should cost so much. Some even accuse Raikov of shamelessly profiting from people's nostalgia for the Soviet Union. Nevertheless, more than 1,000 pairs of Two Matches have been sold since the beginning of July.

The creator of the resurrected Two Matches himself remarks that nostalgic middle-aged buyers make up only 30 percent of the clientele, the rest are young people.

"My uncle had a look at the sneakers and said that they are somehow different. He had simpler ones; these are fancier," said Artyom, a buyer. "On the street the older generation notices only dirty sneakers – that is how they are remembered," noted Denis, another Two Matches buyer.

Customers are happy with the quality and comfort; only the appearance of the trainers is sometimes criticized. "The design is crude," said one review.

Raikov, however, does not consider this a disadvantage: "The USSR had a great design school and we were the first on the planet in terms of constructivism. We must continue these traditions."

When asked what else he would resurrect from Soviet fashion, the entrepreneur replies: "The fashion for openness, friendliness and good Soviet naiveté."