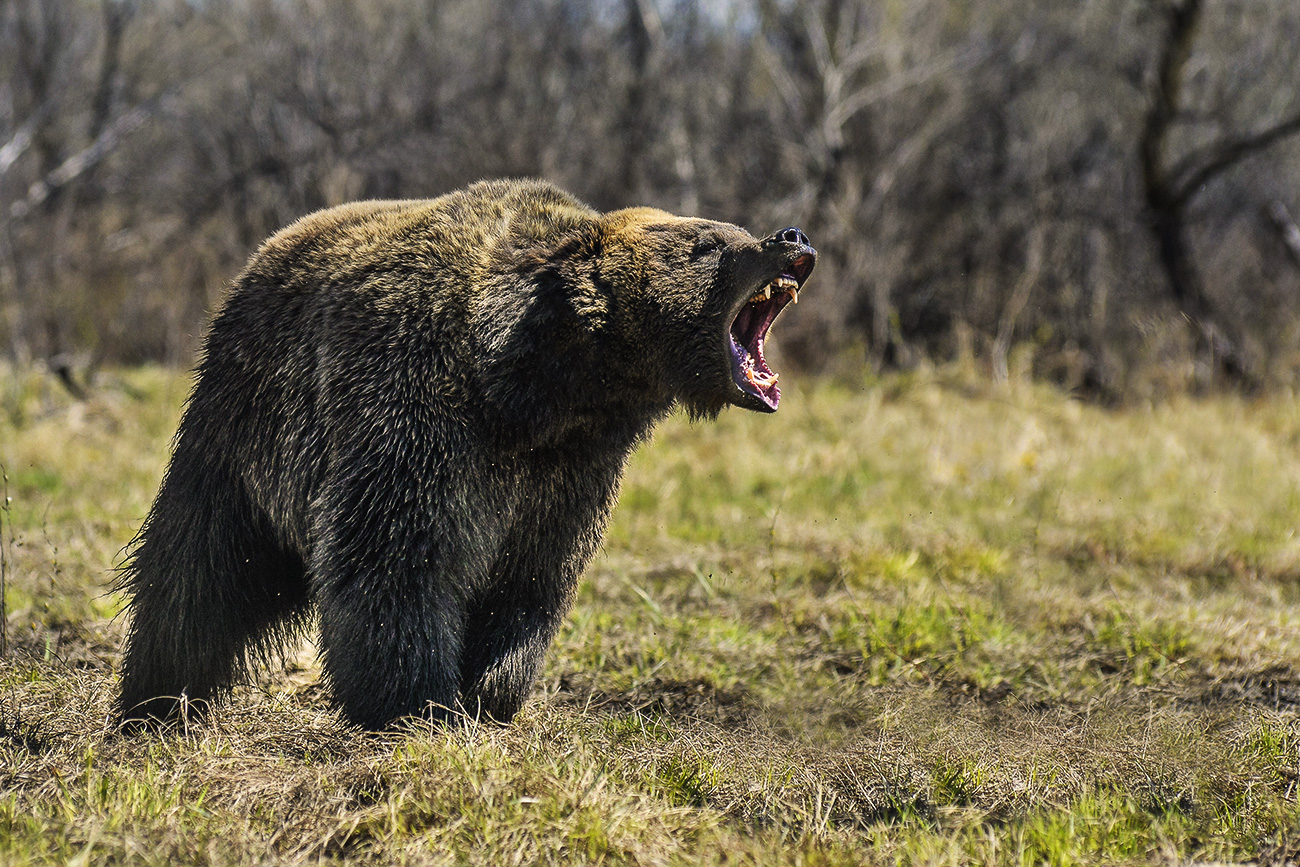 Never look into the eyes of a bear. Source: Legion Media

Just in case you have the misfortune of getting lost in a Russian boreal forest, these tips could prove to be very handy.

The Russian taiga is a harsh and unforgiving world. An unprepared tourist who is lost in the deep boreal forests has a relatively small chance of survival. Things are even tougher in the winter.

RBTH has compiled some tips on how to survive in the Russian taiga, in case you have the misfortune of ever getting lost in a long and unending stretch of wilderness.

First and foremost: Do not panic

Fear is your main enemy if you are alone in the deep forest. The most important task is to calm down, since fear destroys logic, objectivity, and reasoning in a short time, leading to mental chaos and poor choices.

Your chances at survival often depend not only on external circumstances, but your internal feelings as well. Calmness and presence of mind helped RBTH’s Guest Editor for Asia, Ajay Kamalakaran, find his way out of the taiga, after spending a night in the home of the Amur Tiger on the Russia-China border in the autumn of 2007. 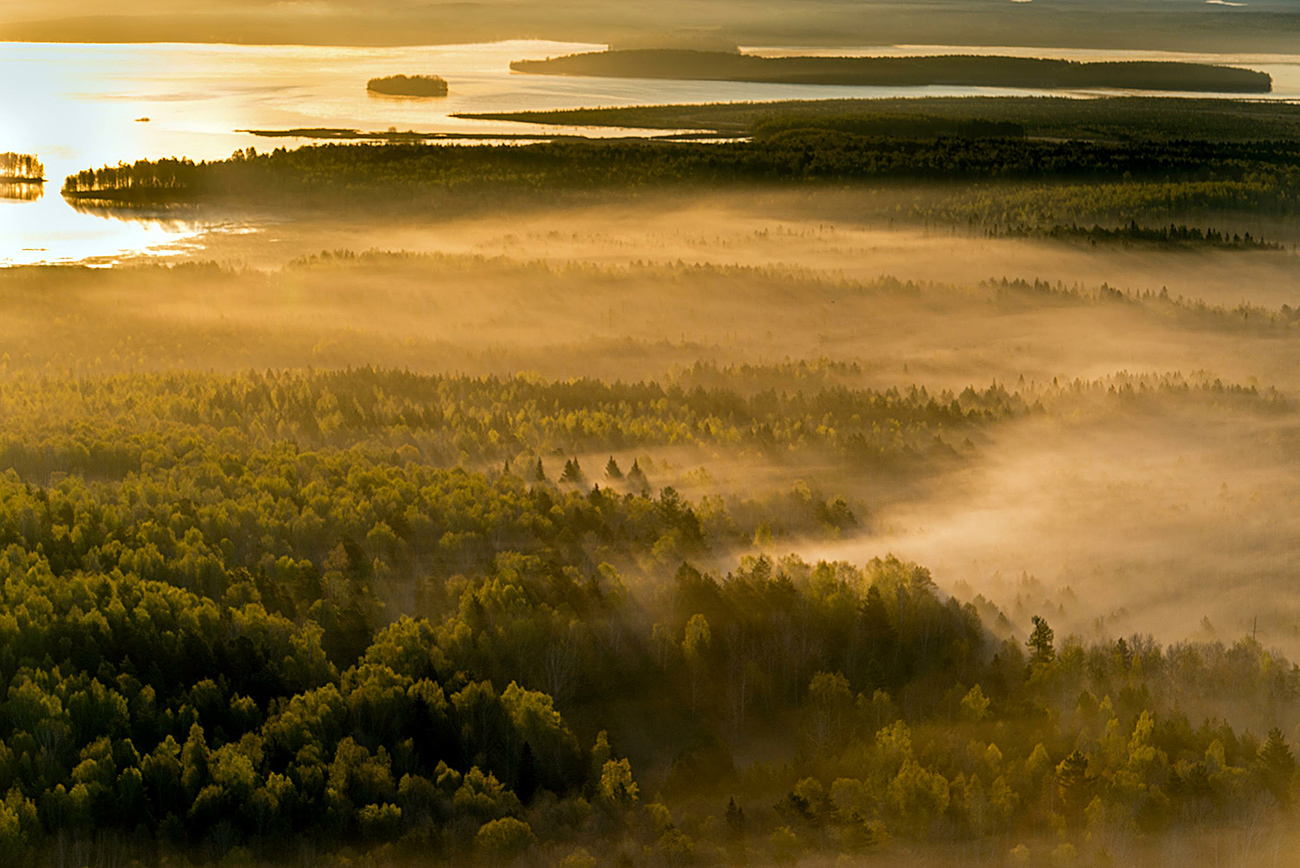 Two tourists in Russia’s internal republic of Khakassia were however not so lucky in the winter of 2009. Their snowmobiles ran out of fuel. Desperate and fearing death by starvation after a week of wandering in the forests, they committed suicide by hanging themselves.

In 2011, a 17-year old girl was lost in the taiga, but did not lose hope. Hungry and weary, she was finally rescued after 30 days.

Sometimes real miracles happen. A four-year old girl was rescued in the taiga after being lost for two weeks. She survived on berries.

Finding your way out

While moving across the forest you should memorize your path and notable terrain features such as ravines and pits.

A compass can be very useful, but if you don’t have one you can identify north and south with an analog watch. Make the hour hand of your watch point in the direction of the sun. Now imagine a line starting from the center of the dial equally dividing the angle between the hour dial and 12 o'clock. This line will point to the south. 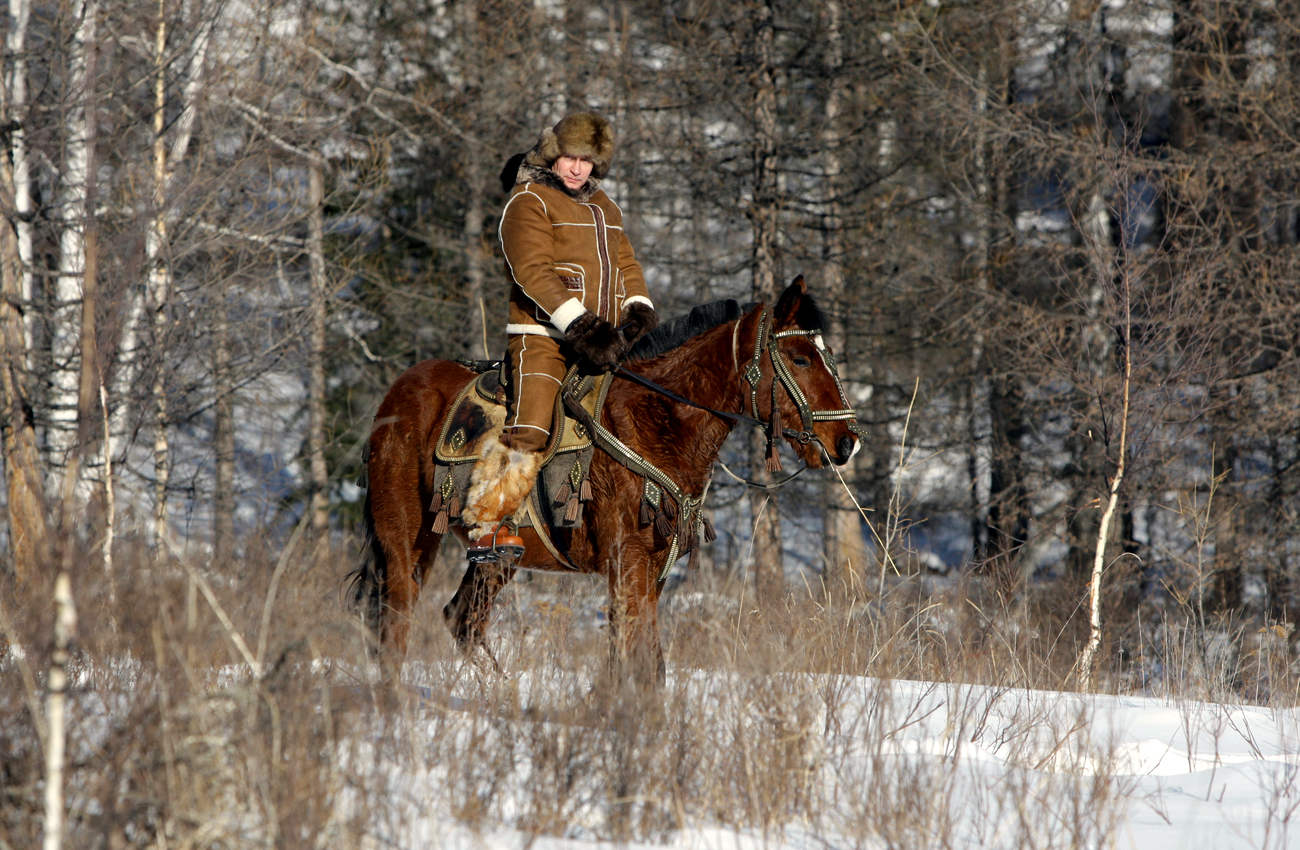 Putin camps out in the Siberian taiga

Moss and lichens usually grow on the northern part of a grove. You should compare several trees to find a north-south line.

At night, the north can be found with the Polar star. It always points in that direction.

Rivers and lakes are very useful markers. Even if you don’t know where bodies of water flow, it’s better to stay near them. Crossing unknown rivers presents a huge risk, since you know nothing about underwater flows or where there is a waterfall.

If you find a road or electricity transmission line, stay or follow it until you reach a human settlement.

If your eyes can’t help you leave the taiga, your ears can. After sunset, when it is less foggy and the air pressure rises, you may hear the sound of trains from dozens of miles away.

Overnight in the taiga

If you are not lucky enough to find a way out on the first day, you will be forced to spend a night or maybe more in the taiga.

The first night in taiga is always the most stressful. Even the slightest sound in the darkness mobilizes the body and takes away any sleep.

Preparations for the night should be done when there is daylight. You should gather as much firewood as possible, if you were lucky enough to take matchsticks or a lighter with you. 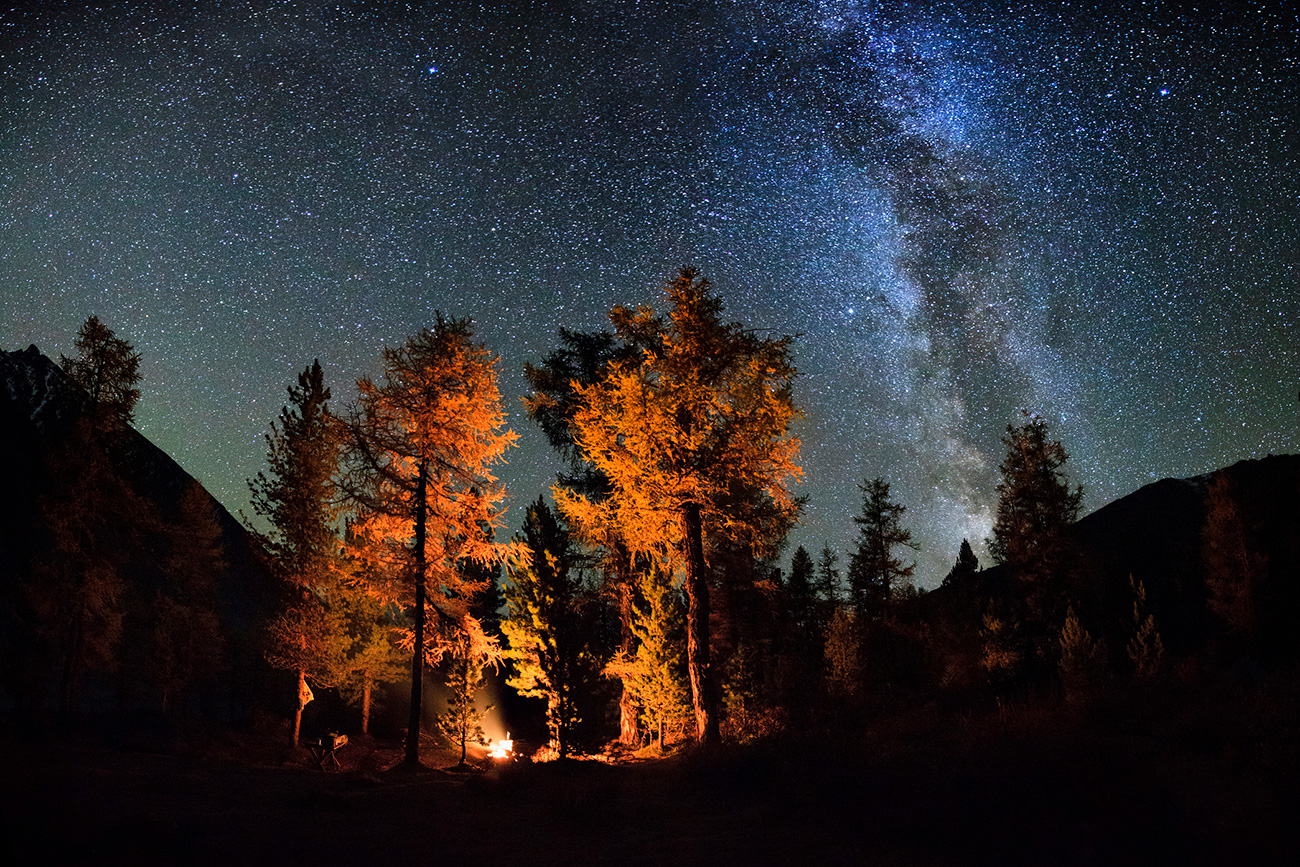 The night in the taiga may be extremely stressful. Source: Getty Images

Starting a fire in the woods helps you stay warm, scare away animals, dry clothes, and cook. It also helps raise the spirit, which is no less important.

If you are lucky to have a fellow sufferer, one of you should stay awake while the other sleeps. You can also keep each other warm on a cold night.

With improvised materials you could construct a hut or dugout. The crueler the weather, the stronger the temporary shelter should be.

In the winter, a shelter should be made in the snow. One person can make a small cave for himself in deep snow. It will perfectly protect you from the cold.

The best periods to find food in the taiga are the summer and autumn. Several wild fruits, herbs and fern can be found in the forests.

Since berries low in calories, the best bet in tough conditions would be wild mushrooms- the taiga is full of them. 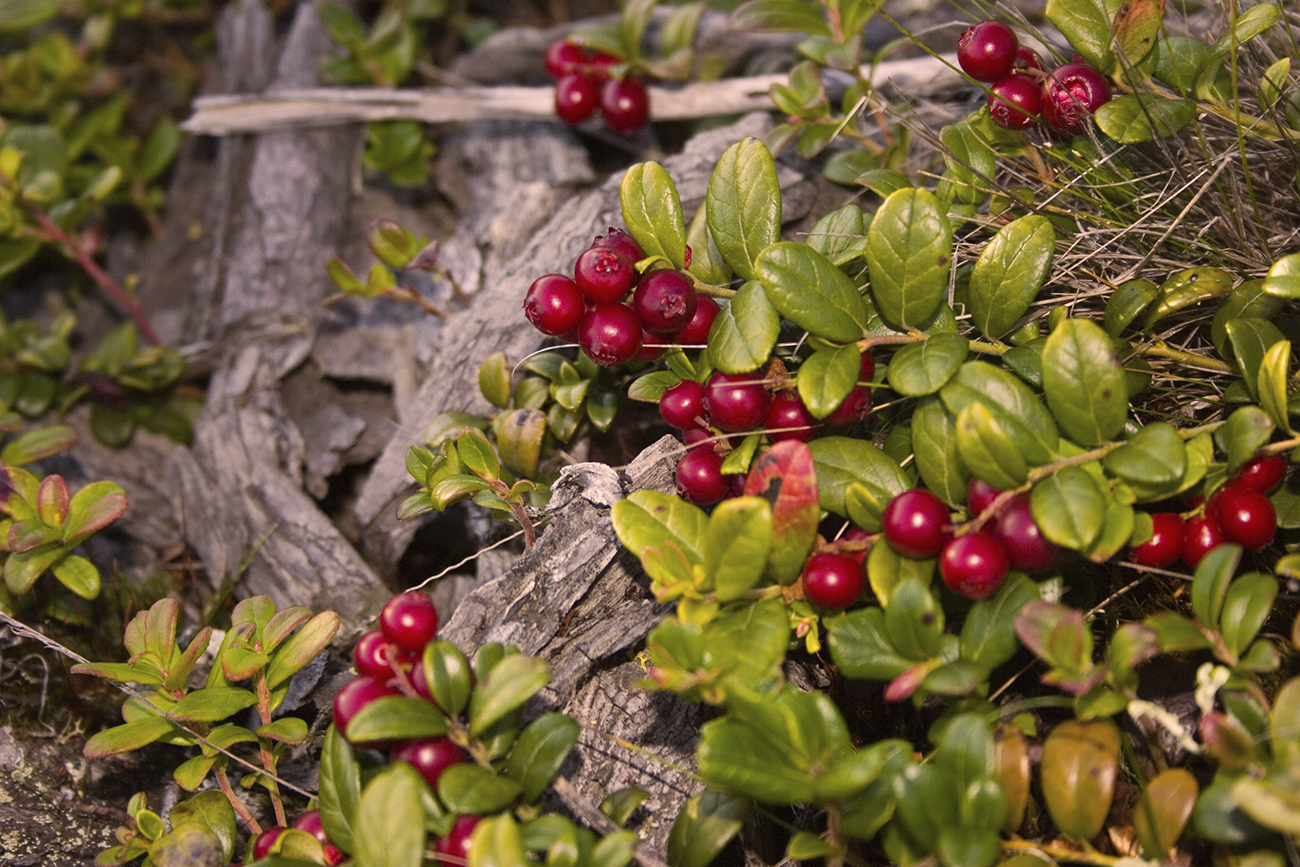 There are many cowberry bushes in the taiga. Source: Imagebroker/Global Look Press

Being alone in the taiga in the winter leaves you with almost no chance of survival. If you are lucky, you may find a Flammulina Velutipe or Pleurotus ‘winter mushrooms’. But the best option is to capture little animals with self-made traps or try winter fishing.

You should remember the golden rule in the forest – eat only what you know.

There is no problem in the taiga with water. It is full of rivers, lakes, springs, and creeks. You can follow the footprints of wild animals. They will lead you to the water.

The taiga is full of wild animals, but only four of them pose a serious threat to humans: tigers, bears, wolves, and wild boars.

It is very important to try to avoid any direct contact with wild animals. By making loud noises as you walk, there is a chance of you scaring away a predator.

If you see cubs, leave the area immediately. The mother will not hesitate to attack you to protect her offspring.

Usually, wild animals prefer to avoid contact with humans. You can pass a bear sitting in the bushes and live to tell the tale, as the animal may not come near you. 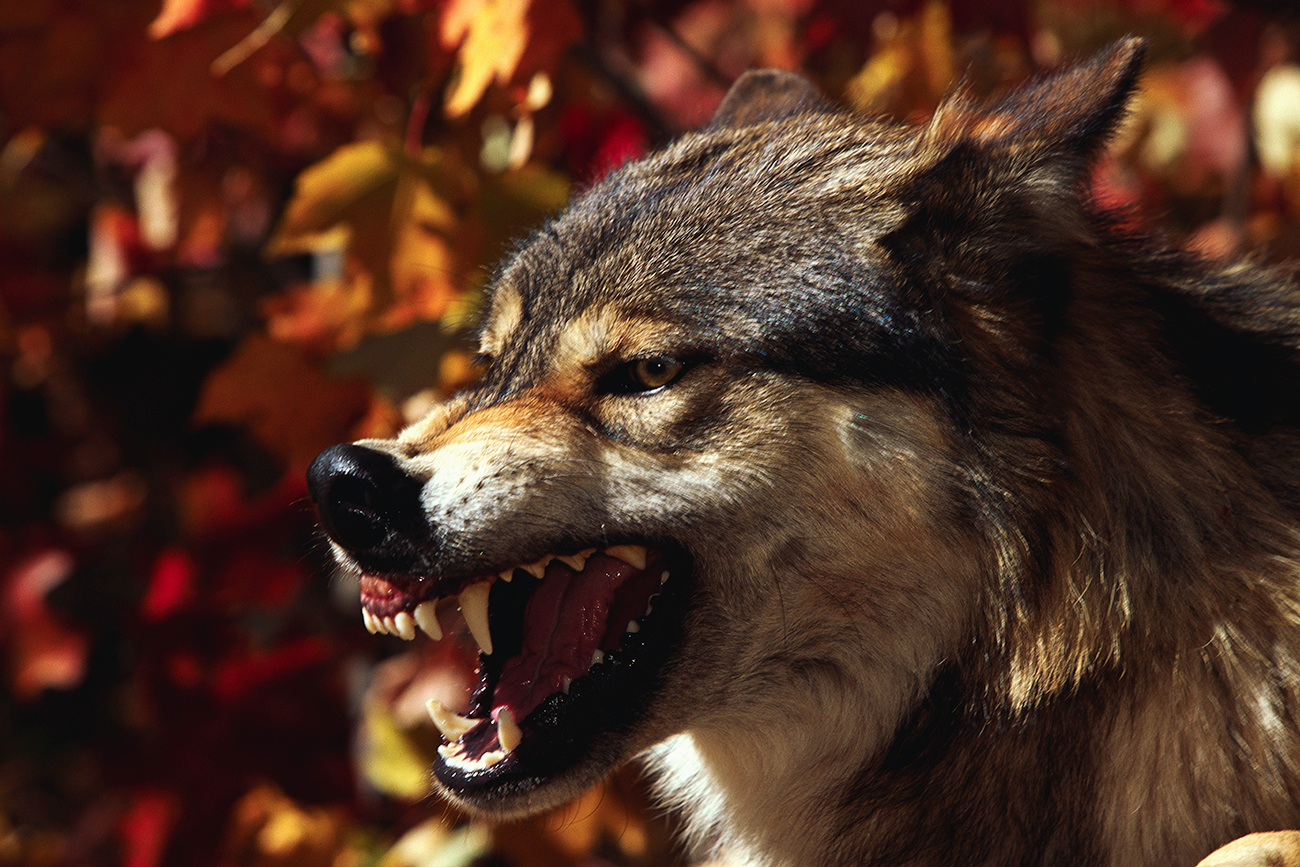 The best way to stay safe from wolves is to climb a tree. Source: Getty Images

However, if it approaches you, don’t try to run. This is useless, since they are extremely fast.

The better option is to slowly step away from the animal and never turn your back to it.  Never look into the eyes of a wolf or a bear.

Shout and wave your hands if you encounter a bear. It may think that you are bigger than him, and leave the area.

Never do this with wolves. They will consider such behavior as an act of aggression.

If a bear attacks you, lie down on the ground and pretend to be dead. This is not an ideal option, but it is much better than running away. The animal may leave you in peace since it sees no aggression from you.

If a wolf attacks, put forward a hand that is tied with a thick cloth and allow it to cling on to the cloth with its teeth. Then hit the wolf with a stick or any other object on its nose and eyes, which are its most sensitive points.

The best way to stay safe from wolves and wild boar is to climb a tree. This won’t work with bears.

If you are unlucky enough to come across a tiger, try and scare it away by shouting loudly. Stay calm while shouting, since a broken voice will remind the tiger of the scream of a dying victim. Don't run, but move away slowly and don’t turn your back to the tiger.

If a tiger attacks you, it will only leave you if it thinks you are dead. So play dead! Fighting a tiger with your bare hands would be an exercise in futility.

The golden rule in interacting with wild animals is the same rule that should be applied when lost in the taiga– try not to panic. Animals easily sense fear and tend to become more aggressive when they do so.