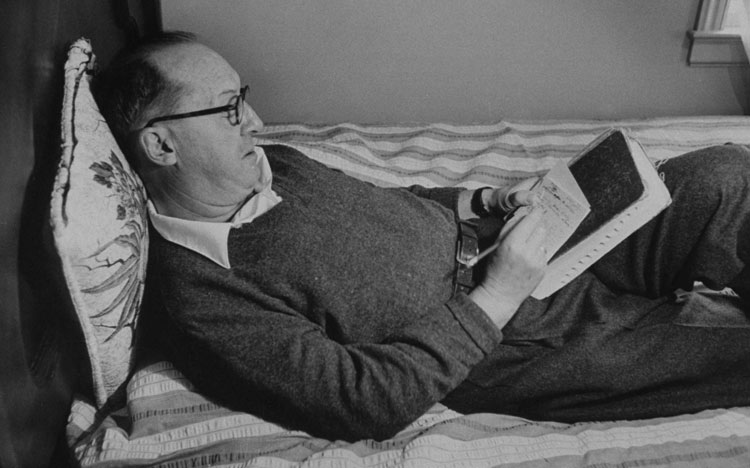 Nabokov began learning English before he learned Russian; he was educated at Oxford; and it was in London that he decided to become a writer.

Vladimir Nabokov (Russia,1899 – Switzerland,1977) was proud to have been born on April 23, the same day as William Shakespeare. He grew up reading the author of Hamlet, but also John Keats, Robert Browning, Sir Arthur Conan Doyle and H.G. Wells, authors whose works his father collected in a vast library.

The Nabokovs were an aristocratic Russian family with European tastes, keen on English items like Pears soap, Golden Syrup at breakfast, bath salts and puzzles – products they would buy at the famous English Shop on Nevsky Avenue in St Petersburg, where they lived. In his autobiography: Speak, Memory (1966), Nabokov recounts that he learned English before Russian, thanks to the dedication of Miss Clayton, his first governess (he had many British tutors).

The calm happiness was interrupted by the Russian revolution. The family headed to Berlin, settling in an apartment destined for immigrants. Meanwhile, their two eldest sons, Vladimir and Sergei, traveled to England to study Russian and French philology at Cambridge University.

It can be said that Nabokov did not get off to a good start in his first year at Trinity College. Apparently, at his first appointment with the preceptor of the college, Mr. E. Harrison, Vladimir tripped over the carpet and the tea service ended up on the floor. 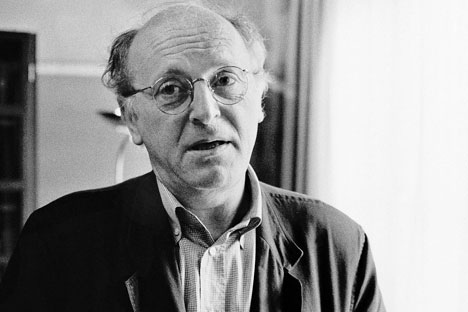 Twin Passions: Joseph Brodsky's love of poetry in English
Nabokov quickly got used to the British style of life, which until then he had enjoyed in Russia. His professors did not often have the pleasure to see him in class. If he was not on an excursion to London, he could be found keeping goal in some soccer match or on a tennis court playing with his brother. The coats-of-arms on the windows of his room protected him from the cold and from the melancholy over the recent loss of his country. It was in this city, in his moments of solitude, accompanied by King Lear, Le Morte d’Arthur, The Strange Case of Dr. Jekyll and Mr. Hyde or Ulysses, that Nabokov made the firm decision to become a Russian writer.

His vital experiences in the UK filters into the pages of The Real Life of Sebastian Knight, the first novel he wrote in English, in 1938 (Vladimir and his wife V éra were living in Paris at the time). In these pages, in his characteristic style, Nabokov portrays the university of Cambridge with all of the senses and in minute detail: rain-washed streets, the drifting sound of the chimes from the clock towers, the sharp cries of newspaper vendors, the darkness of Great Court, , and that "almost spring” and that "almost summer” that are represented in Cambridge every year.

Much has been written about the influence of British literature on Nabokov’s style. However, Nabokov who took advantage of any opportunity to display his refined British humor to his audience and incorporate it into his novels; never acknowledged the influence of any writer on his work. He liked Jane Austen, Charles Dickens, Norman Douglas, Lewis Carroll, Robert Louis Stevenson and of course, H. G. Wells. Some critics have seen reflections of the styles of Laurence Sterne and of the Irish writer James Joyce. Ulysses was among Nabokov’s favorite novels. Today, Nabokov’s characters belong to the reader, soar in the books of writers the world over, and float in the pages of Anthony Burguess, Julian Barnes, Martin Amis and Zadie Smith, among other figures from the world of British letters.

Read more: 10 key places from Nabokov's Lolita on a map of the U.S.