The mystery of Soviet Romeo and Juliet revealed after years 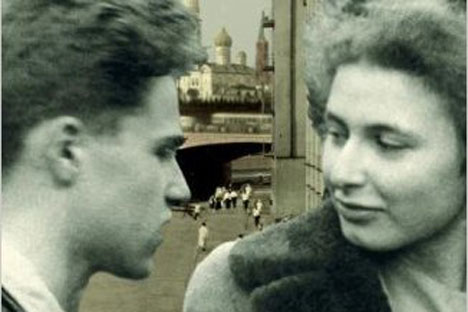 The Stone Bridge becomes a main character of novel as a place of murder.

Alexander Terekhov starts his interview with a highly amusing metaphor. He says that he began his career as a journalist, but journalism is like football: after you turn 30 it becomes pointless to run around in a wet T-shirt - you have to transition to working as a trainer, or as a massage therapist, or just become a fan, grow a beer belly and watch young people play.

He ended up his journalist career being involved completely by chance in the story of 'The Stone Bridge', his most notable award-wining novel.

In 1943 in Moscow on the Bog Stone Bridge took place an incident that was reminiscent of the story of Romeo and Juliet. A 15-years old teenager killed his female classmate because of unrequited love and then killed himself. This story has been described in many books which address the topic of Stalin particularly during the time when it was fashionable to talk about this period of Russia's history.

Terekhov wrote this story down in three sentences and thought he would never turn to it. But some time later he was contacted by a distant relative of Nina Umanskaya, that was the name of the girl that was killed on the bridge. She was a daughter of the Soviet Ambassador to Mexico. This woman said what had actually taken place was completely different: there was a third person on the bridge. And it was he who killed Vladimir Shakhurin and Nina Umanskaya. Terekhov decided she was just a nutball. In those days there were many people telling improbable stories about a Nazi base in Antarctica  and they periodically flew over Europe in UFOs. People were searching for Bigfoot and other such unsolved mysteries.

But after some time Terekhov began to gradually delve into the story and realized it did contain something interesting. Ten years an entire team of people led my Terekhov was digging up the secrets that were long buried. The story became more important than just fiction, it became vitally needed for the author.

The feeling of revealing people's destinies is incomparable with the feeling of publishing a book and even receiving the prize.

Read a review on Terekhov's another book translated into English - The Rat Catcher.