What books caught Russia’s imagination in 2015? 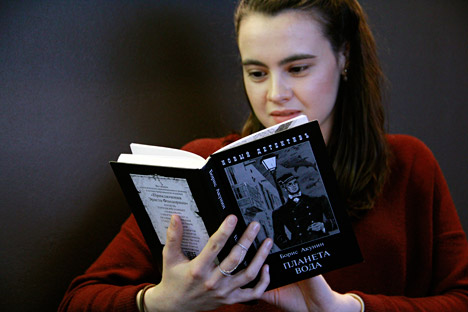 Nikolai Korolev
A list of 2015’s top-selling books in Russia has been published.

RBC Style magazine has compiled a list of the most popular books of the year, based on sales figures provided by Russia's leading publishing houses.

Planet Water, a new book by Boris Akunin, took first place. It consists of three detective stories about Erast Fandorin, a Russian Sherlock Holmes figure who is already famous in Russia. The book, which is set at the start of the 20th century, sold 168,000 copies across the country.

Shantaram by Gregory David Roberts, came in second, contradicting the stereotype that people do not read long books anymore. The book relates the adventures of an Australian who has escaped from prison and sold 118,445 copies. The Russian translation was published in 2010, but interest remains high.

The Martian by Andy Weir sold 107,000 copies to take third place. The book was published in Russia in 2014 but only took off following the release of Ridley Scott’s film of the same name in mid-September 2015.

20th-century classics such as 1984 by George Orwell and To Kill a Mockingbird by Harper Lee also made the top ten, as did Dmitry Glukhovsky’s Metro-2035, the sequel to his fantastic novel Metro-2033.