Reading the music: What Mick Jagger and Mikhail Bulgakov have in common 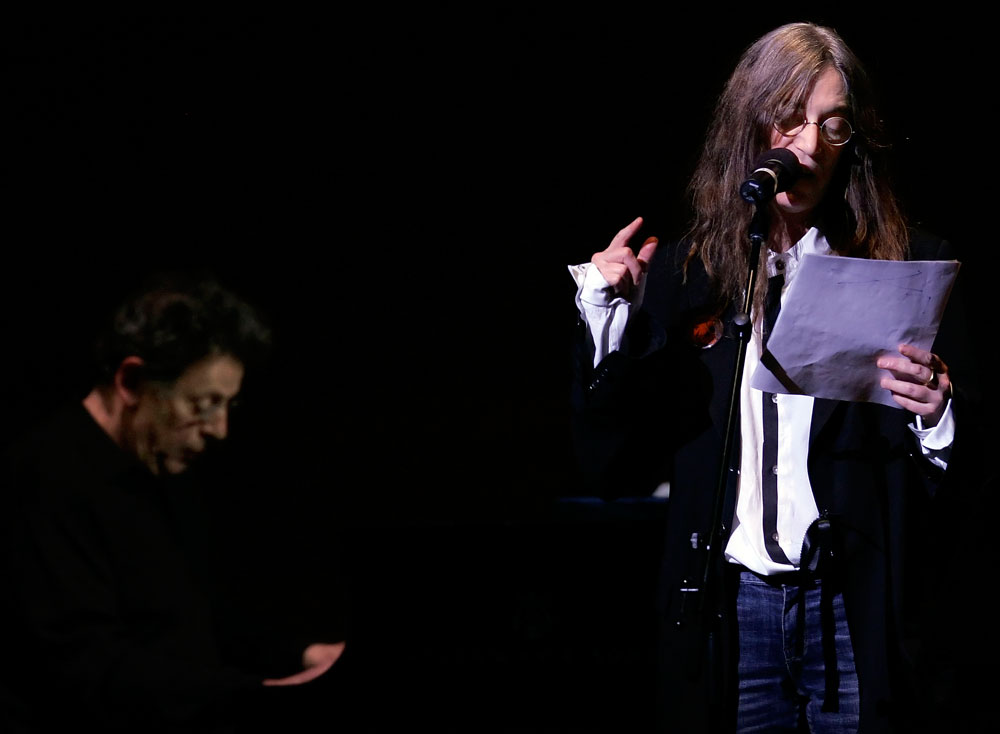 AP
Besides the cinema and theater, many musicians have found their inspiration in Russian literature. Foremost among them – but by no means the only one – was Mick Jagger. But many younger artists such as Lana Del Rey and Sky Ferreira have enhanced their creativity after deep immersion in Russian classics. RBTH has created a list of musicians that were greatly inspired by Russian literature.

1) The Rolling Stones - Sympathy for the Devil

In 1968, Mick Jagger’s then-girlfriend Marianne Faithfull passed along a little book she thought he might enjoy. Jagger ended up writing “Sympathy for the Devil” after reading the novel, which begins when Satan, disguised as a professor, walks up and introduces himself to a pair of men discussing Jesus. That book was Mikhail Bulgakov’s masterpiece, “The Master and Margarita.”

Scottish rock band Franz Ferdinand’s single “Love and Destroy” was also inspired by Bulgakov’s novel. The song’s lyrics are based on the scene in which Margarita flies over Moscow on her way to the Walpurgis Night.

On the band’s website Alex Kapranos, the band’s frontman, explains what the book means to him:

“Unlike many novels that explore the conflict between Jesus and Pontius Pilate and quickly become theological essays, Bulgakov introduces the Jesus-Pilate conflict and supporting events within a story set in the modern day Russia, complete with witches, sorcery, a Satan's ball and accurate portraits of somewhat complex, contradictory and sometimes despicable Russian characters bred under absurd communist notions of utopian society.”

Kapranos was ecstatic when Franz Ferdinand was able to play the song in Russia in May 2005. Early versions of the song were referred to as “Margarita.”

Pilate is based on the confrontation between Pontius Pilate and Yeshua Ha-Nozri as described by Bulgakov. Bassist Jeff Ament wrote the song after he heard the story of how Pilate sat on a hill with his dog when Yeshua (Jesus) died on the cross, wishing he could have completed his last conversation with him. Pilate in the novel has a dog, Banga, which “obeys, listens, kisses and loves,” much like the chorus of the song: “Like Pilate, I have a dog - obeys, listens, kisses, loves.”

Legendary American rock singer and poet Patti Smith has also been inspired by Bulgakov. Smith proclaimed her love for Russian literature at the very beginning of her career. Her latest album released in 2012 was titled “Banga.”

She was inspired by Pontius Pilate's extremely loyal dog in The Master and Margarita, who waited centuries for his master to come to heaven. That “Banga” is a hymn to one’s pets is clear from the opening words of the song. Here Smith references another Bulgakov dog without naming him: Sharik from the novella, “Heart of a Dog.” Patti Smith was “smitten” when she first read it several years ago. Fun fact: Johnny Depp plays drums on this song.

Smith’s album is full of Russian flair with the songs “Banga” and “Tarkovsky,” as well as the album’s first single “April Fool,” which was inspired by Nikolai Gogol. April Fool is an idyllic love ballad that employs several images from Gogol's works and life.

“We’ll race through alleyways in tattered coats” is a fairly clear reference to Gogol’s short story, “The Overcoat,” while “we’ll burn all of our poems” seems to allude to the fact that Gogol famously burned the second volume of his great novel, “Dead Souls.” That work, one of Russia’s funniest and darkest is conjured in the lines, “We'll tramp through the mire when our souls feel dead. With laughter we’ll inspire them back to life again.”

On her official website Smith wrote that “the song is dedicated to my friend Milos, who not only had a rusted bike but introduced me to the writings of Bulgakov and Gogol. Both of these great writers influenced lyrics on the album, ‘Banga.’”

The literary characters, themes and lines of the favorite novels of one of America’s greatest songwriters, Bob Dylan, have always populated his musical landscape. One of the tracks on his 1975 album, “Blood On The Tracks,” was inspired by Anton Chekhov’s short stories and in a 1978 interview with Playboy Magazine Dylan cites Chekhov as his favorite writer.

The title, “Blood on the Tracks,” is derived from Chekhov's short story, “The Steppe: The Story of a Journey.” One of the stories within the story goes something like this: two merchants, a father and son, were traveling around the Russian countryside selling holy images. Both merchants are killed and found dead, which Chekhov described, “They found him by the track of blood.”

Dylan appropriated the title for his album.

Scottish indie pop band Belle and Sebastian’s single, “Just a Modern Rock Song,” makes many literary references including to Russian writer Fyodor Dostoevsky. They sing, “I'm not as sad as Dostoevsky, I'm not as clever as Mark Twain, I only buy a book for the way that it looks when I put it on the shelf again.” Dostoevsky is sometimes considered the greatest Russian writer, even more famous than Alexander Pushkin or Anton Chekhov. His work is so deep and reflective that it still has an enormous influence on contemporary fiction.

Vladimir Nabokov’s best-known and most controversial novel, “Lolita,” has become closely associated with certain images of a girl with heart-shaped sunglasses from Stanley Kubrick’s 1962 movie adaptation. But the sexualized vision of Lolita perpetuated by popular culture has little to do with the text of Nabokov’s novel. Rolling Stone Magazine has noted that the popular American singer and songwriter Lana Del Rey’s 2012 album “Born to Die” has “loads of Lolita references.”

The songs “This Is What Makes Us Girls,” “Cola” and “Gods and Monsters” all allude to the innocence of a young girl. “Off To The Races” begins using lines from the novel. Also, Del Ray not only has a song called “Lolita,” but also one titled “Carmen,” one of Humbert Humbert’s favorite nicknames for the title character. Moreover, she also uses the visual imagery of Lolita’s heart-shaped sunglasses in many of her pictures and songs. Del Ray described herself as “Lolita lost in the hood” in an interview to New Yorker Magazine.

Up-and-coming American musician Sky Ferreira has also recorded a song called “Lolita.” Ferreira herself has admitted that, “she really fit the role of an innocent, yet rebellious Lolita figure.”

Canadian synthpop singer Claire Elise Boucher, popularly known as Grimes, is also very fond of Russian literature. She put two quotes from poet Anna Akhmatova in Russian on the cover of her 2012 album “Visions.” The lyrics, “I’m cheated by joylessness, changed by a destiny untrue’ I answered:  My dear, my dear! I too: I'll die with you” is from the poem, “Song of the Last Meeting.” In an interview with Tiny Mix Tape she says: “Anna Akhmatova is one of my favorite Russian poets. I identify strongly with her artistic presence and the way she sees herself in the world, at least as far as I get from her writing. She is one of my icons.”