Beyond the beards: How to make Russian literature more popular 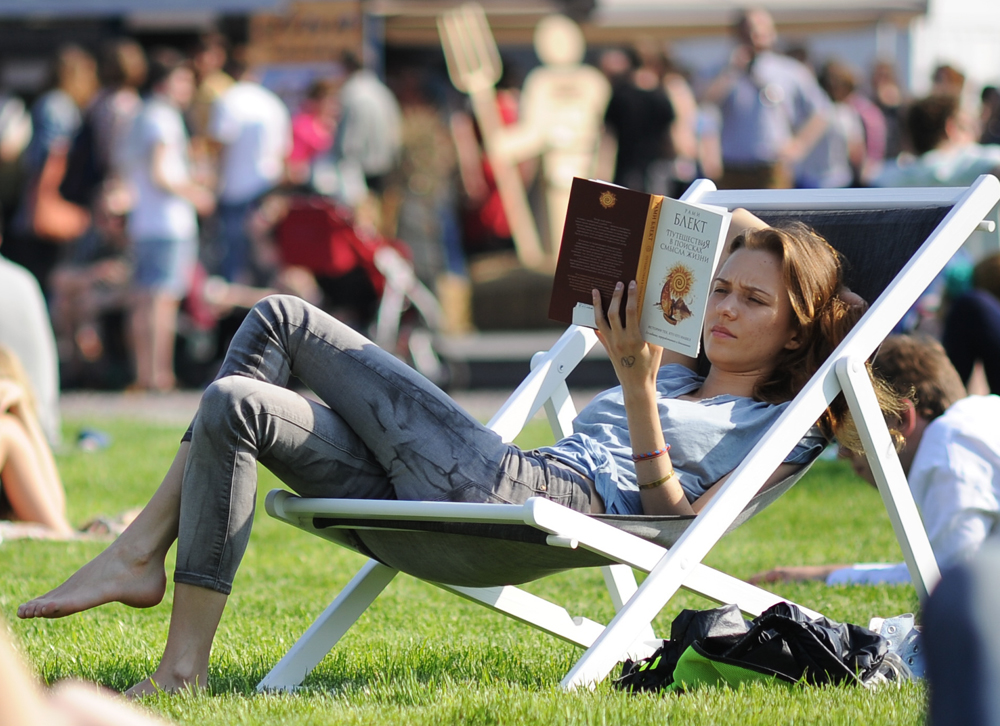 An average reader might associate Russian literature with its 19th-century heavyweights, so contemporary Russian authors need to adapt.

Ruslan Shamukov/TASS
One of the highlights of this year’s London Book Fair was a roundtable discussion moderated by Russia Beyond The Headlines on the subject of how to attract more readers to Russian literature.

Russian literature is very well-established in the reading public’s mind, but most casual readers’ image of this noble literary tradition is of austere men who write profound, perhaps depressing books as long as their rather ragged looking beards. While this may have its origins in truth, it is, at best, a quarter of the story. Not only are there plenty of excellent female Russian writers out there and plenty of hilarious classics, there is also an exciting contingent of young contemporary writers. So, the million-ruble question at the 2016 London Book Fair was how to spread this to readers.

While your average reader might associate Russian literature with its 19th-century heavyweights, reading habits have evolved dramatically, and Russian authors also need to adapt. Peter Kaufman, the director of the Read Russia Inc., expressed his strong belief that the internet is the single most important tool to spread Russian literature to a new audience. He described the possibility for using innovative methods to engage with a new generation of readers. Examples include the Read Russia online project, which brings together videos, images and audio to offer a more interactive guide to the country’s literature.

Grigory Ryzhakov, the author of the first guide to New Russian writing in translation, echoed this view, saying that budding Russian authors should be more active on social media and the internet, as that is the medium where people get their information. The internet is also a place that is largely free from state control, so it offers a direct means for authors and readers to interact. Ryzhakov himself is a staunch advocate for self-publishing, and says that while this has become accepted in the West, the Russian book market itself remains quite traditional.

Interest in Russian literature seems to increase when tensions are high between the country and the West. However, the panelists expressed concern whether a negative foreign view of Russia makes readers unaware how much excellent contemporary writing is being produced. Professor Valentina Polukhina, the founder of the Russian Poet’s Fund, said that it is vital to bring writers over for talks and readings: she brought Joseph Brodsky to the UK in 1979 and 1985 and continues this tradition today. Indeed, the London Book Fair saw some six writers attend, giving a broad platform to new Russian writing. 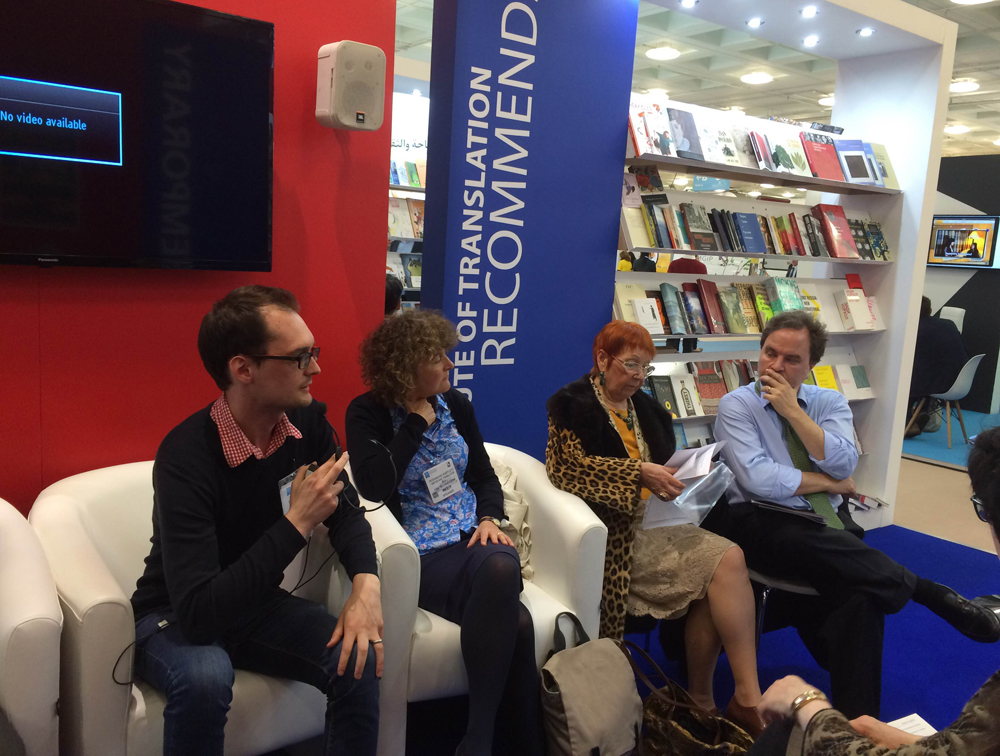 Larissa Itina, the founder of the Anglo-Russian Culture Club, advocates a grassroots approach; rather than seeing state funded programs to publicize Russian literature, she prefers this to be an organic process, driven by people with a genuine interest in the subject who can separate state-level geopolitics and art.

The importance of translation

The panel included two renowned literary translators: Rosamund Bartlett and Robert Chandler. Rosamund Bartlett explained that from her perspective interest in Russian literature remains high; her critically acclaimed translation of Anna Karenina was in fact one of two new translations produced in 2014. 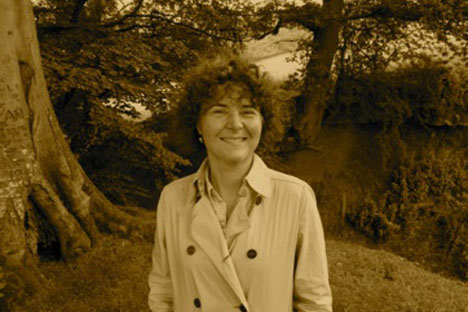 Rosamund Bartlett: From music historian to biographer and translator of Tolstoy and Chekhov
She also talked about the enormous interest in her Early Chekhov Translation Project, which brings together amateur and professional translators from across the world to translate the great author’s early stories for the first time. However, she stated that we need a steady flow of keen translators in order to keep the fundamentals of Russian literature strong. There is a trend for Russian departments in UK and US universities to close and Russian is only taught in private schools in the UK.

Robert Chandler, who has recently translated Nadezhda Teffi’s memoirs, described the role of the translator in finding and mediating Russian literature to the West. He talked about the collaborative nature of the Russian translation community and explained that it is actually easier for cross-cultural dialogue to happen now than when he learned Russian, at a time when the USSR was a totally closed country.

Indeed, the Russian Library Project, which is being run by Columbia University Press in conjunction with Read Russia, will see more than 125 modern classics from Russia being translated over the next decade. Interest in Russian literature is clearly still high, and with the right approach from authors, publishers and translators, there is no reason that its future cannot be as bright as its past. 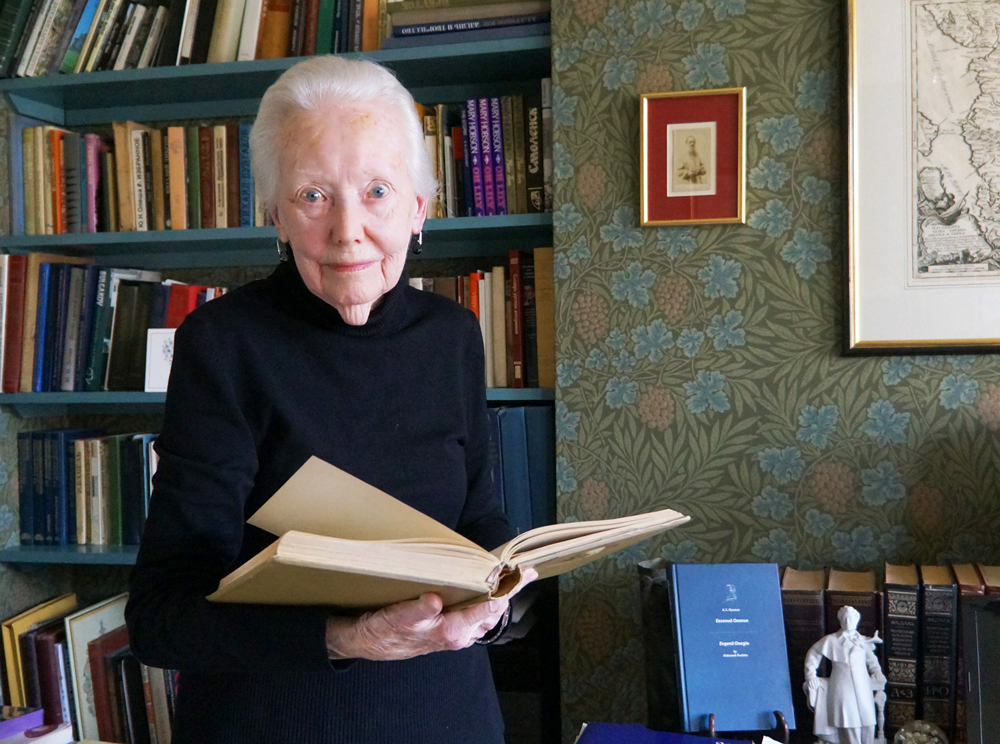 u2018Learning Russian has given me a whole new lifeu2019