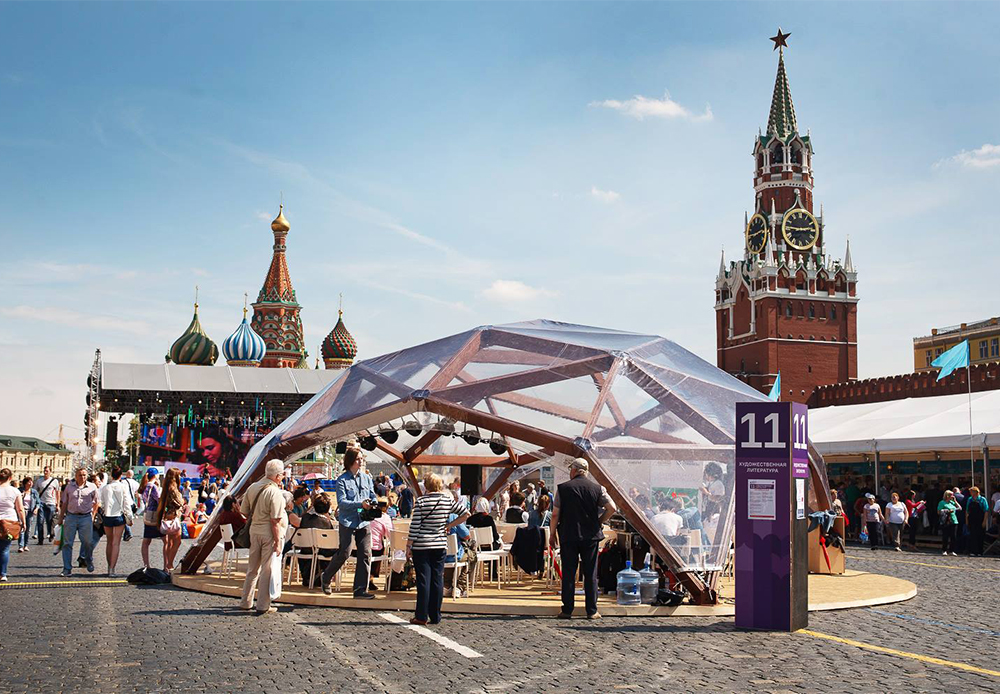 Ruslan Sukhushin
The Russian capital’s main square will turn into a library, concert venue and bookshop as part of the upcoming Red Square Book Festival in early June.

With its annual parade of tanks and missiles on May 9, Moscow’s Red Square may be better known for displays of martial might than for literature, but for four days here in early June the pen will truly be mightier than the sword.

The Red Square Book Festival will be held in Moscow from June 3-6, timed to coincide with the birthday of Russia's most famous poet, Alexander Pushkin, and Russian Language Day.

Throughout the square, from the History Museum to Lobnoye Mesto (the site where executions formerly took place) and St. Basil’s Cathedral, there will be book stands, tents for meetings with authors and round tables, spaces for children and master classes, and lounge areas.

Visitors will be able to chat with their favorite authors, as well as take part in presentations of new books. The event will feature Yevgeny Yevtushenko, Edvard Radzinsky, Guzel Yakhina, Alexei Varlamov, Eugene Vodolazkin, Sergei Lukyanenko and many other writers and poets.

The highlights of Alexander Pushkin's creative life
This year, about 400 Russian publishers will present the most relevant and interesting contemporary literature, with about 100,000 titles on display in the center of the capital.

A stage will be built near St. Basil's Cathedral to host the rock opera Crime and Punishment and musical and poetic production Eugene Onegin as well as performances by famous artists, musicians, film and theater stars.

To mark the Year of the Movie, which was declared in 2016, the festival will screen the best film adaptations of literary works. The GUM department store will host a secondhand bookshop.

Entrance to the festival is free.

Last summer, Red Square hosted the Books of Russia festival, which was attended by more than 200,000 people.

The Red Square Book Festival is organized by the Federal Agency for Press and Mass Communications in cooperation with the Russian Book Union, with the support of the Moscow government.

The chairman of the organizing committee is Vladimir Tolstoy, President Vladimir Putin's cultural advisor and a great grandson of Leo Tolstoy.

u2018Learning Russian has given me a whole new lifeu2019