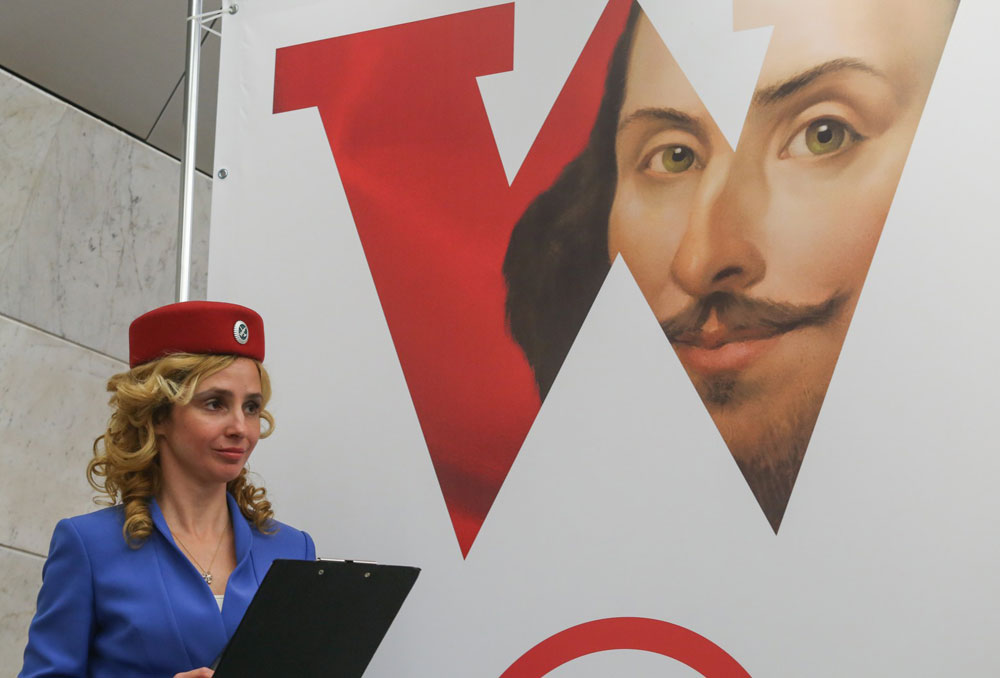 The capital's Filevskaya line got a new "Shakespearean Passions" train on May 24.

Andrei Nikerichev / Moskva Agency
A new train began running on the Russian capital's subway system on May 24. Devoted to the works of William Shakespeare, the train is decorated with quotes from some of the Bard's greatest poems and plays.

To celebrate the UK-Russia Year of Language and Literature and the 400th anniversary of Shakespeare's death, the Moscow Metro, together with the British Council, has launched a special train devoted to poetry: "Shakespearean Passions."

Passengers on the train, which began running on May 24, will be able to read the works of the Bard written on the walls of the cars in traditional and modern interpretation. The designers have decided to convey the feelings of Macbeth, Kind Lear or Romeo and Juliet not only with the original text but with different icons and emoji.

"William Shakespeare is the most 'Russian' British writer, because in Russia his plays are staged almost as frequently as in the UK," Mikhail Shvydkoi, the Russian president’s Special Representative for International Cultural Cooperation said at the opening of the UK-Russia Year of Language and Literature.

"Shakespeare's anniversary will be commemorated around the world but nowhere will it have more resonance than in Russia, where Shakespeare, because of his influence on Russian writers, is practically a Russian writer himself," said Michael Bird, head of the British Council in Russia.

Earlier this year Russian educational online project Arzamas released a special app called Emoji Shakespeare, devoted to the Bard and translations of his work into Russian.