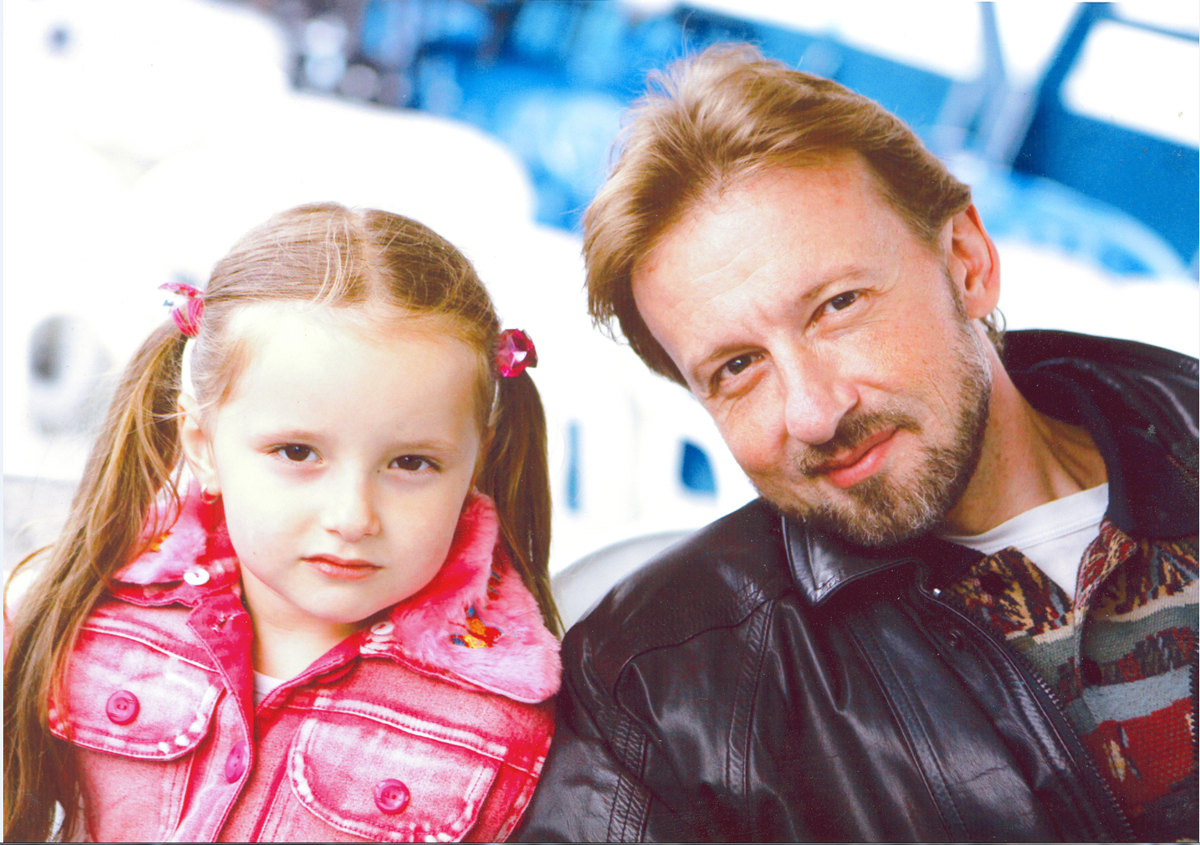 Russian Ambassador to Thailand Kirill Barsky and his daughter Marysia.

Personal Archive
The Russian Ambassador to Thailand talks to RBTH about his passion for Asia and poetry.

It is widely believed that your interest in Asia goes well beyond the professional realm, and that you are very passionate about the diverse cultures of the continent. Would that be accurate?

Yes. I began learning Chinese when I was a university student. Three years after my enrolment, I secured a one-year internship in China. Three years after returning from China, I was recruited by the Foreign Ministry and went to China as a diplomat, an employee of the Soviet Embassy. I worked there for almost six years.

Such a life, of course, included not only the study of applied disciplines, but also culture, history and, naturally, language, without which the understanding of the East is simply impossible.

And my further diplomatic career has also been, in one way or another, associated with the East: I worked in Indonesia, was the Special Envoy for the Shanghai Cooperation Organization Affairs. Now I am the Russian Ambassador to Thailand.

This is not just a natural career development. This is destiny, if you like.

In any case, the East became for me an entire universe, which encompasses my professional activities, the scope of my research interests as well as a spiritual and moral component. I think that I am not alone in this. Many Orientalists, diplomats, scholars would have said the same thing.

From an early age, I grew obsessed with distant travels. I was fascinated with James Cook's voyages and the South Seas. I read about the flora and fauna of tropical countries. Perhaps living in a small town created an additional incentive for developing interest in other countries that seemed out of reach.

In my later years in school, this passion for geography, history and foreign languages gradually grew into an interest in the Far East.

Therefore, the Chinese language, the desire to enroll in MGIMO (Moscow State Institute of International Relations) – all this stems from this area.

Why did you choose to specialize in Chinese and Oriental studies at the university?

At that time I was apparently the type of young man who wanted the impossible.

1982 was not the best year for Sino-Soviet relations. We had a big fight with China in the 1960s. In the 1970s, it almost came to a serious armed confrontation, and by the 1980 relations were absolutely at a zero level. More than that, the deployment of Soviet troops into Afghanistan negatively impacted the slow warming of Sino-Soviet ties, sending them to the abyss.

Against this backdrop, of course, my application to learn the Chinese language was widely perceived as a fad. I was discouraged and understood that this was probably a very unpopular decision. But it only encouraged me. I thought: if so, then, someone still has to do it. Let it be me, and I'll prove to everyone that I am worthy of my teachers in this difficult subject.

Were there many students who wanted to learn Chinese?

Yes, we had a large group. They were mostly people who through their family lineage or through their parents were in some way linked with China. Plus, students from socialist countries – East Germany, Poland, Hungary, Vietnam. We still meet sometimes. It's always nice for us to recall those years.

The internship in China, in that realm of the unknown, which had just started opening to the outside world and restoring a normal life after the ‘Cultural Revolution,’ was special. It was an amazing time!

Yes, 1985-86. In 1983, an agreement was reached on the resumption of student exchanges between the USSR and China. It was one of the first signs of the normalization of relations. Our first large group of student interns had about 200 people. These were governmental exchanges, and, of course, we had a huge historic responsibility, a historic mission that we did not understand too well at that time.

To what extent did your theoretical understanding of China coincide with the reality?

We were very savvy students, because we came after three years of study – we already knew a lot about China's history, culture, economy, literature and political system.

But the reality, of course, tweaked our understanding a lot. China turned out to be a country with a huge population, which was felt at every step – from the crowding of students living in the dormitory to the incredible hustle on the streets of Beijing.

China was a very poor country. You cannot imagine how difficult life was for the Chinese in those years. So today, watching their progress, one is struck by how much they were able to do in 30 years.

The language also turned out to be different from what we had imagined. It turned out that we absolutely did not know how to speak it.

Therefore, the greatest discovery was that spoken language was very different from the written language. We managed to overcome it all with the help of our Chinese teachers, classmates and friends, who involved us in both studies and cultural life.

Besides diplomacy, you are also engaged in poetry. You have a cycle of poems dedicated to China. Did you start to write them back in those student years?

Every person who writes poems comes to poetry in their own way. I began writing poems at a very early age. I never gave it much importance.

So, obviously, I have kept some poems from my student days, these were dedications, impressions, some romantic stories, and personal feelings. These were acoustic guitar-based songs, but it was all for a narrow circle of friends.

I began to write poems ‘on an industrial scale’ much later, when I realized that I just could not exist without it. I do not consider myself either a poet or prose writer. It's just a natural form of my existence in this world.

In those years, China made a very strong impression on me. And, I think, it has left an indelible mark on the formation of my character, on me as a person, on some of my spiritual and moral foundations.

It was a very positive influence. Chinese culture is so rich. There is so much wisdom in it that I'm not ashamed to say that to a large extent, my spiritual world has been formed under its influence.

In one of your collections of poems you were wondering whether to ditch everything and do what you love- that is poetry. How do you manage both diplomatic work and poetry?

This is an impossible dream. As a poet, I had the right to formulate it. I think that many have signed off on these lines. In my case, as in the case of most people, who are engaged in some serious craft, it is impossible, but it is very desirable, it is sometimes nice to daydream about.

I do not see any contradiction between what I do professionally and my poetic work. Russian Foreign Minister Sergei Lavrov wrote about it very convincingly in his preface to a collection of Russian translations of Chinese poems, which came out recently. He is a talented poet himself, so he knows what he is talking about.

These words are confirmed by the long existence of The Outlet, a literary and creative association in the Ministry of Foreign Affairs, where our foreign ministry poets gathered together and created and discussed things.

The Foreign Minister rightly said that poetry and diplomacy are brought together by an attentive attitude to the artistic word. I think that for many diplomats, poetry is the very outlet where they can realize their full creative potential. Our diplomatic style differs from the style of other diplomatic schools and services. We write like authors.

I would add yet another idea to this wonderful formula that you derived. Poetic background helps the diplomat to formulate his thoughts, which he expresses in his professional activity, correctly, gracefully and beautifully.

Love for poetry helps a diplomat to find the keys to the hearts and souls of people. Speaking at a reception on the occasion of, for example, Victory Day, I think there would be nothing wrong for the ambassador to read some poem. And this is a very powerful means for diplomacy to influence the audience that the diplomat addresses.

Given your busy schedule as an ambassador, when do you find time to write poetry? What do you need for inspiration?

This is an inexplicable thing. Sometimes, it takes only a few minutes of privacy to write a poem. By nature, a person who works 24/7, rarely sees the sea and the sun, develops a burning desire to use the short time that is given to him to be by himself, to express himself in something.

Some express this in meetings with friends, some listen to music, and some write poems:

Another piece of reckless poetry

My fishing habit is bizarre.

Those restless snow-flakes in my mind…

I’d love to sweep them all aside,

But world is so pure around

That I’m compelled to write things down.

This interview was originally published by The Nation, Thailand