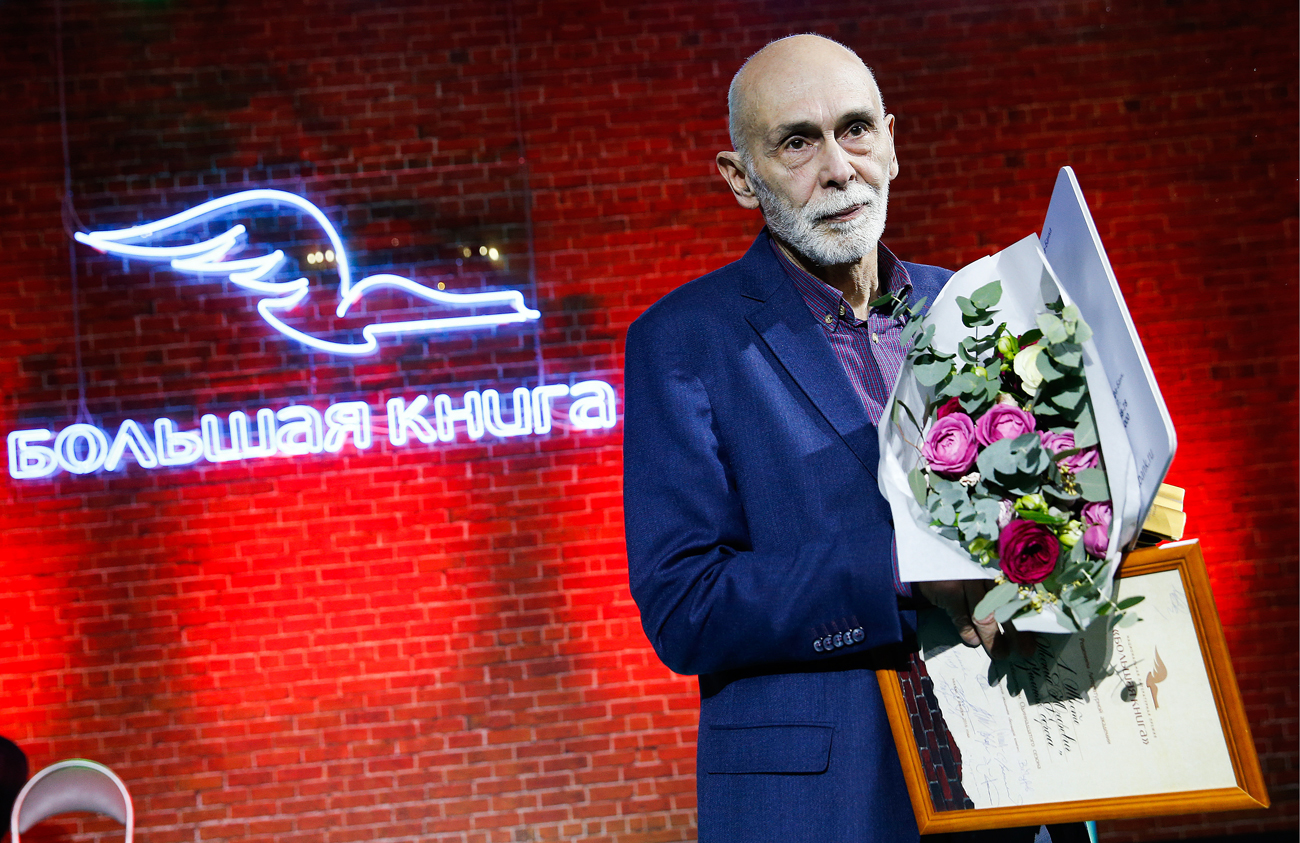 Russian writer Leonid Yuzefovich, winner of the 2016 Big Book prize, at an awards ceremony at the Pashkov House.

Mikhail Japaridze / TASS
Russia’s leading literary prize has been awarded to a sparse novel that presents a snapshot of Russian history.

Russia's main literary prize, the Big Book prize, has been awarded to Leonid Yuzefovich for his novel The Winter Road, about the Russian Civil War. The author was presented with the award at a ceremony in Moscow on Dec. 6.

The book, which came out in September 2015, has been discussed and praised for more than a year, and confirms Yuzefovich’s status as one of the greats of modern Russian literature. In more than 40 years of writing, Yuzefovich so far has been able to avoid making any enemies. This accomplishment is even more surprising given that writer’s material is far from controversial. Yuzefovich has tended to focus on historical themes and difficult subject matter. His novel The Autocrat of the Desert was also about the Civil War, while Cranes and Dwarfs depicts the events surrounding the failed putsch of 1993.

Read our review on Leonid Yuzefovich’s Harlequin’s Costume
Yuzefovich’s popularity can in part be attributed to his writing style. Rather than presenting his own ideas about the course of history, he presents the events dispassionately in his narrative. Additionally, his protagonists are often members of little known or mostly ignored groups.

The Winter Road begins towards the end of the Russian Civil War, after the Bolsheviks have already claimed victory in European Russia, but fighting continues in the Far East. In Yakutia, the Bolshevik commander and anarchist Strod faces down Pepelyaev, a general of the White forces. A brief teaser for the book describes the setting: "At the end of the Civil War, in a world where the most terrible enemy is not your opponent but the frost, the whites and the reds no longer hated each other but constantly offered each other to surrender. No one wanted to kill their fellow Russians.” In this context, there is no right or no wrong, just two characters whose fates represent a moment in Russia's history.

This is an abridged version of the article first published by TASS.