Journey across Siberian wastes compared to a voyage through space 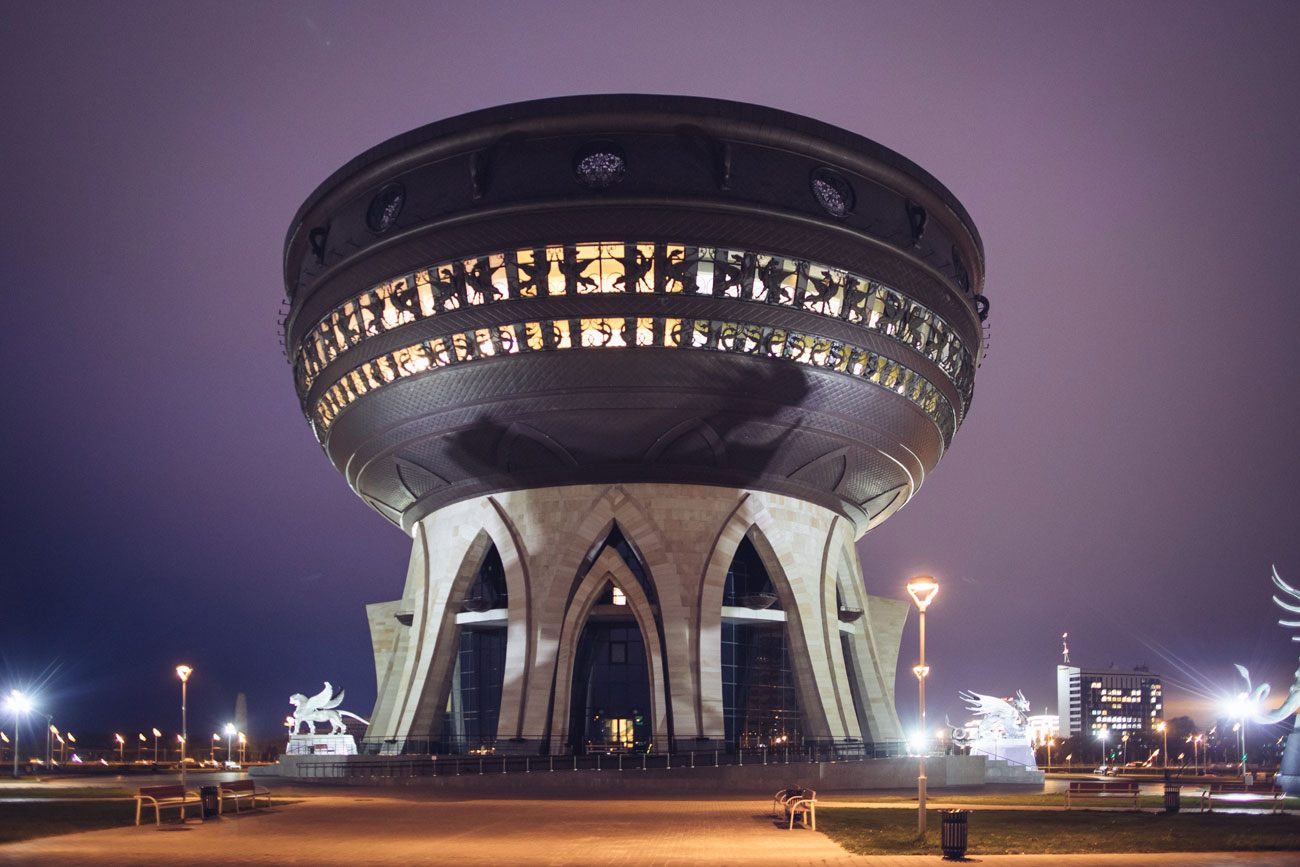 A group of creative British people took a trip on the Trans-Siberian railway. A two week-long rail art-residence was organized by The British Council as part of the UK-Russia Year of Language and Literature. One of the participants, British writer Joe Dunthorne argues that journeying through Russia and space travel have much in common.

In 2010, six scientists were locked inside steel tubes in a warehouse in Moscow. For the next five hundred days, they lived as though they were on a mission to Mars. One of the reasons for the experiment was to test the psychosocial pressures of sharing a confined space with other people, how every tiny foible, every breathing noise, every quirky turn of phrase has the potential to become lethally irritating. It was risky, then, that one of the scientists was allowed to bring his acoustic guitar.

Welsh writer and poet, Joe Dunthorne became famous after his debut novel Submarine which was shortlisted for Best First Book at the 2009 Commonwealth Writers Prize and was made into a film by Richard Ellef Ayoade. In 2010 Joe released a collection of poems and another novel - Wild Abandon.
In October 2016, I took part in an only slightly less challenging experiment. With a group of writers, musicians, photographers and filmmakers, I set out on a 2,500 mile journey on the Trans-Siberian railway. Though we would only spend fourteen days together, that seemed like plenty of time to find someone unbearable. And though I am not a musician, I had brought my acoustic guitar with me. Looking around the faces of my fellow travelers, I had a bad feeling that I was going to be the person who they would want to throw into deep space.

Before we boarded the train in Moscow, we were taken to visit the Cosmos exhibition. There we saw Yuri Gagarin’s spacecraft, Vostok 1, its paint burned black from re-entry. We saw space food, borscht in a tube. We admired the silky tracksuit of Valentina Tereshkova, the first woman in space. And we stared at the tiny capsule – about the size of a two-door car – in which three cosmonauts had lain side-by-side on tiny beds for the journey back to earth. In this context, our cabins on the Trans-Siberian railway looked positively luxurious.

Gazing out the train window, we watched the big city give way to suburbs, then to industry, villages and finally to silver birch forests, ghostly in the moonlight. The train’s first stop was Kazan, 500 miles to the east. I spoke to a local journalist, Felix Sandalov, about the Russian love affair with space, and also with science fiction. He took me to a bookshop in a rundown mall, its shelves standing in the corridor between a wig shop and a nail bar. Among the precarious piles of book, we found a beautiful, pocket-sized anthology of science fiction called Музы в век звездолетов: Muses in the Age of the Spacecrafts. It was published in Moscow in 1969, just as Neil Armstrong and Buzz Aldrin took their first steps on the moon. I asked Felix if it was normal that most of the stories in the book were not by Russians, but by British and American writers, and he explained that, “during the Soviet times, one of the rare ways to learn something about western society was to read science fiction. Soviet publishers were allowed to publish foreign science fiction because it was seen to criticize western society. But for readers, it was the only way to know what was happening in the west, albeit through the blurry lens of fiction.”

Joe Dunthorne during a performance in Kazan. Source: Max Avdeev

Inside the book, an E.M Forster short story – "Celestial Omnibus" – told the tale of a little middle-class boy in Surbiton, an unglamorous suburb of London, who found a portal to heaven in the alley behind his house. It was interesting to think that Surbiton – to me, the very archetype of bland British suburbia – might have been thrillingly exotic to Russian readers. Conversely, I remembered that, when I was 16 in South Wales, my favorite item of clothing was a bright red zip-up top with CCCP on the front and, on the back, the hammer and sickle. Communism seemed glamorous and magical. And I wasn’t the only one. Lots of young Welsh men walked round wearing CCCP t-shirts, excited by the idea of a country we knew almost nothing about.

“These science fiction anthologies were hugely popular,” Felix told me. “They sold out massive print runs within a month. People organized clubs where they could discuss and swap books.”

Science fiction is still popular in Russia now. Felix told me that readers particularly like time travel, stories of Russians going forward or backward in time to change the course of history. “Maybe a Cossack from the eighteenth century finds a portal and travels forward in time to kill Hitler. Maybe a team of Spetsnaz, the Russian special forces, go back in time to kill Nelson and ruin the process of British colonization. In most bookshops, you can find four or five shelves with just this kind of story.”

A lift in Krasnoyarsk / Max Avdeev

The next day, on the train, we foreigners stayed glued to our windows, hypnotized by the bleak and beautiful landscape that spooled past – the snow, the birches – like seeing the world in negative. Coming from a small island, we talked a lot about the scale of Russia. Not just the roads or the buildings or the statues, but the feeling that it’s a country so big that it’s on a planetary scale. It’s a country that makes you aware that we all share a small planet. While we were amazed by the seemingly endless landscape, some of our fellow Russian travelers were less excited.

As we passed through the forests, Max Adeev, a talented young Russiam photographer, posted on his Instagram: “There is nothing more boring than traveling through Russia by train. The same view and landscape for days.” For us, it was precisely that sameness which we found astonishing. We loved the nothingness, the taiga, the tundra, landscapes with no equivalent in Britain.

Our journey ended in the small village of Ovsyanka on the Yenisei river in eastern Siberia. This was our moon landing. The landscape was completely monochrome but for the brightly colored buckets of the boys collecting water from the river. Friendly huskies padded behind us through the pristine, snow-muffled streets. Moscow felt a world away, though it had only been two weeks. We stood on the banks of the river, watching it flow north to the Arctic and south to Mongolia. Even though this was our final destination, I think we all felt we wanted to keep traveling, put a boat on the water and let it carry us towards the roof of the earth.

Late that night, squeezed together in a cabin on the train, drinking vodka from a teapot, we wrote a song about what we’d seen. It was called "Silver Birches" and the only lyric was a rising refrain: silver, silver, silver, silver birch. What some people might have found repetitive, to us felt transcendent. Or maybe that was just the vodka. Either way, the trip had brought us all together. Just like the scientists on the simulated mission to Mars, we had thrived in our psychosocial experiment. Even my sloppy acoustic guitar playing had not spoiled things. As the train blasted into the darkness, Konstantin Milchin, our resident academic, reminded me of Gagarin’s last words before Vostok 1 took off. “Poyekhali!” he yelled. Let’s go!