Behind every great man: Irina Konyukhova’s life as the adventurer’s wife 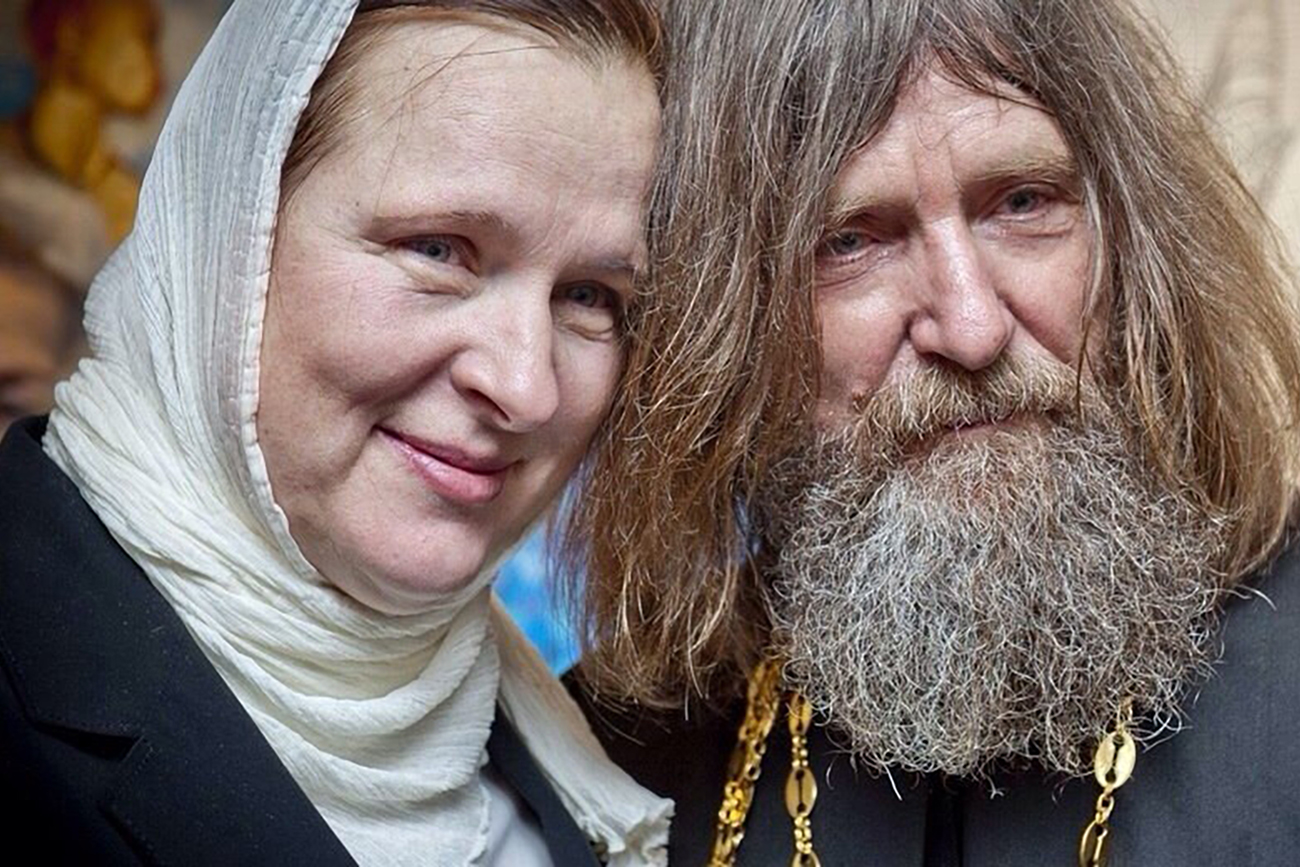 Irina Konyukhova: The first thing Fyodor told me was, "You will be my muse!"

Nikea publisher
The wife of acclaimed adventurer Fyodor Konyukhov speaks about life and love at a distance, as well as her steadfast faith and prayers, and how she crossed the Atlantic Ocean.

Irina Konyukhova's beliefs about love and marriage are probably not popular among intolerant western feminists who would ridicule her. A highly educated and successful woman, Irina made the choice to devote her life to the man she loves.

Irina is a woman capable of deep love, something that is probably considered odd and old-fashioned by many in the West today. She feels that a marriage where a woman is unwilling to share her husband's interest, having sacrificed her own, does not have a future. She knows from experience. As a professor with a PhD in Law, for the sake of her husband Irina gave up the opportunity to become an expert on Russian-Swiss relations at the United Nations and at the European Parliament.

Today, Irina writes books about her family and teaches. Her latest book, Life with an Adventurer, is a documentary. "These are my diaries and it’s a gift for Fyodor on his 65th birthday," said Irina. "In her words, the new book is about how to create a family with such a unique person and how to live and love at a distance."

RBTH had the chance to speak with Irina and ask her a few questions about life and love. 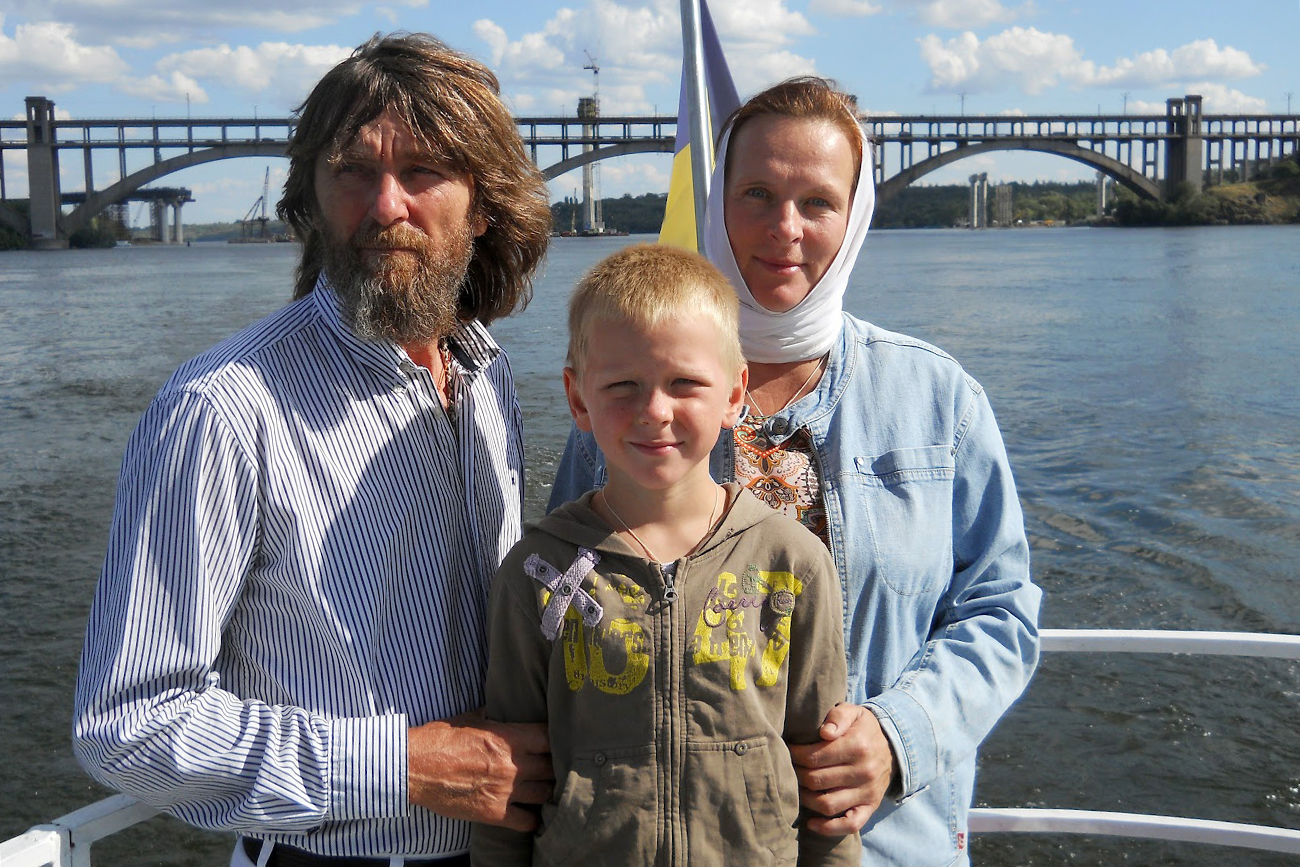 What is it like to be the wife of a man who is rarely at home?

I am a romantic person and I had always wanted to live an unusual life, even though I’m a lawyer. I used to light candles in church, praying that I would meet a person who would be my soulmate, with whom I could see the beauty of this world, contemplate it and rejoice in it.

The first thing Fyodor told me was, "You will be my muse!" And he dedicated many pictures to me. We have a tradition at home - we always leave each other some type of drawing. All these pictures that are dedicated to me warm my heart because they are an expression of love.

People say he runs away from me, but for him it’s simply a calling. When we first began dating he admitted right away, "I don't promise anything: neither money, nor houses, nor that I will raise the children. I only promise love!" And he has fulfilled his promise in the way he knows.

What could have Fyodor's life been like had he not become an adventurer?

It couldn’t have been any other way! The way he came into this world was already unusual. He was born on the shore of a river when his mother went to get crustaceans to feed a pet bird. His mother had a presentiment of his unordinary destiny. She said that while he was still in her womb he was a very restless baby, that he would constantly rush somewhere. He was moving about from the very beginning.

In his books he wrote that he knew as a child what his vocation would be. Since childhood, he had prepared himself for expeditions, first with his friends, then alone. When he was 15 years old he crossed the Sea of Azov in a boat.

You crossed the Atlantic twice with him. Was it frightening?

My husband told me a secret - you must approach nature with love; then it will accept you and not be aggressive. If you get seasick, you must take deep breaths and look at the horizon. And that’s what happened. I was seasick but I was able to psychologically reorient myself and it went away. The most important thing is to desire something and everything else will go away!

During the second voyage in 2004 we came across a heavy storm, and the right blade of the boat's rudder broke off and we began to drift not towards America but towards Europe. The keel was cracked, and we began taking on water. We spent the whole day scooping out the water, and trying to stay afloat. Oh, how we prayed to God and to St. Nicholas the Miracle Worker! 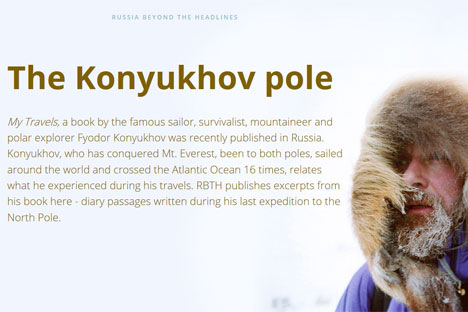 When we were in our life vests ready to jump overboard, I said to Fyodor: "We’ve loved one another for so many years, we're married and yet our love has still not given us a child." And we vowed that if God let us live, we would ask him for a child.

Instead of the planned two weeks, the travel lasted for 44 days, during which we tried to cross the Atlantic Ocean in the most turbulent period, February-March, when only large ships make the voyage. Instead of the American shore, we found ourselves in England. The first thing we did when we returned to Moscow was to build a chapel next to Fyodor's workshop in honor of St. Nicholas. A few months later I realized that I was pregnant, and I knew even without an ultrasound that it was a boy and we would name him Nicholas, in honor of St. Nicholas the Miracle Worker, patron of travelers. It was then I fully felt the power that sincere prayer gives.

An adventurer’s wife is doomed to long periods of separation with her husband. How did you cope with it?

Every wife of an adventurer must learn to live her husband's travels with him. Sometimes I have prophetic dreams. Sometimes I have ominous presentiments and then I go to church and light a candle. Over the years I've begun sensing the scent of the sea at a distance, and I feel the strong winds blowing at Fyodor, and I feel when he's sleeping. We have a certain bond that can be called "together at a distance." This is a great miracle.

An adventurer’s wife must be a believer. It’s not important which creed. Spiritual power is the most important element in the life of an adventurer. Everything else - charity, patience, humility, and acceptance - will come later.

Do you remember your first separation?

The first time was the most difficult, especially since it was immediately after our honeymoon, and it lasted for six months in 1995 when Fyodor took his lone travel to the South Pole. Now we have a satellite telephone, but back then there was no communication at all. Obviously I cried because I worried for Fyodor's life. I cried because my youth was leaving me. I missed my husband's physical presence. But my love for him helped me overcome it all. My work also helped because it distracted me from the worrying.

Is Fyodor upset when you are not at home?

Our family life has its own rhythm, and when he comes home I must be near him. The first three days we don't go out and don't socialize with anyone. But he respects my profession and we find compromises. Fyodor knows how to communicate at a distance. For example, when he misses me, he draws a picture and through the picture he communicates with me.

Read more: Meet the Russian woman who conquered Everest and both poles in 7 months