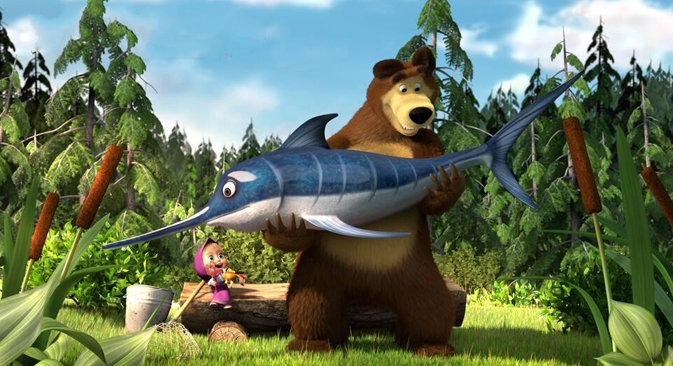 ‘Masha and the Bear’.

Kinopoisk.ru
Soviet animators were renowned as among the world’s most talented, and while their modern-day Russian successors often lack funding, the country still produces animations that captivate audiences around the world. Here is RBTH’s pick of some of the most internationally successful animated series and features made by Russian animators.

Soviet animation, with its sometimes realistic and sometimes totally avant-garde approach to visuals and scripts, ceased to exist after the fall of the Soviet Union. All that remains are the endless archives, still being translated into various languages, and a couple of “living legends” such as Yuri Norstein, who was once called “a great artist” by Hayao Miyazaki and has been honored with numerous awards, including France’s Ordre des Arts et des Lettres and Japan’s Order of the Rising Sun.

However, despite the lack of government funding to which Soviet animators had access, Russia’s private animation studios keep on producing movies – and some of them do gain international recognition.

To design their characters, the team behind Kikoriki sought inspiration in child psychology – and, specifically, kids’ love for round shapes. For this reason, the animal protagonists – which include a hare, a hedgehog, a pig, a moose and others – are all similarly circular. Another distinguishing feature of the series is that there are no antagonists: All the adventures of the characters in their native magical forest are based on their interpersonal relationships and everyday issues, not unlike those experienced by people in real life.

Aimed primarily at children aged three to eight, the cartoon is full of historical and cultural allusions, as well as references to classic movies (such as Alfred Hitchcock’s Psycho or Jim Jarmusch’s Dead Man), making it quite entertaining for adults as well. The series has been airing since 2004, with over 200 episodes released to date.

Kikoriki became Russia’s most internationally successful animated series: It has been translated into 15 languages and is aired in 60 countries, including the United States, Germany, France and China. In 2011, the series’ creators released a 3D feature film titled Kikoriki: Team Invincible, which also enjoyed a worldwide release. Another full-length 3D movie, Kikoriki: Legend of the Golden Dragon, is planned for release in 2015.

‘Masha and the Bear’

Unlike Kikoriki, Masha and the Bear was animated fully in 3D. The series focuses on the friendship between Masha, a naughty and lively little girl living in a village house with her grandmother, and Misha, a former circus bear occupying a den in the nearby forest.

Loosely based on Russian folk tales, Masha and the Bear contains a lot of more “modern” features and references: Masha can be seen dancing like Michael Jackson or playing the electric guitar.

First aired in 2009, Masha and the Bear has since become a major brand, with various merchandise – toys, clothes, tableware and video games – being produced.

The show is airing in over 20 countries, including the United Kingdom, France, Germany and Australia, and is also available on YouTube in Russian and English. In 2012, the creators launched a fairy tale-based spin-off containing 26 episodes in total.

Space Dogs is Russia’s first 3D animated feature film, released in 2010. It is based on a true story – namely, that of the fantastic space voyage of Soviet space dogs Belka and Strelka on board Sputnik 2 on August 19, 1960. The release of the film was timed to coincide with the 50th anniversary of their mission.

The film was to Russian animation what Belka’s and Strelka’s flight was to space exploration: It not only managed to make its budget, but was also released beyond the ex-Soviet countries, including in the United States. In total, Space Dogs has earned over $7 million, almost double its 3.5-million-euro budget.

Based on the eponymous story by Hans Christian Andersen, this 3D animated feature is set in a world of eternal winter, ruled by the evil Snow Queen. It is up to a girl named Gerda to break the Queen’s spell and free the world, saving her enchanted brother Kai along the way. 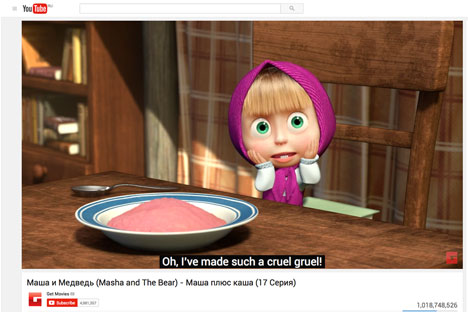 The Snow Queen was produced by Kazakh director Timur Bekmambetov, known to Western audiences for his Night Watch/Day Watch duology, as well as Wanted and Abraham Lincoln: Vampire Hunter.

The film was released in Russia in late 2012, with its worldwide release coming in the beginning of 2013. Although the critical response was mixed, the film, made on a $7-million budget, still made $14 million. Inspired by their success, the makers of the movie went on to produce a sequel titled The Snow Queen 2: The Snow King, which has also been released internationally. The sequel was especially successful in South Korea, where it earned $1.3 million in the first two days.

Not just for the kids: The 5 best-loved Soviet animations>>>