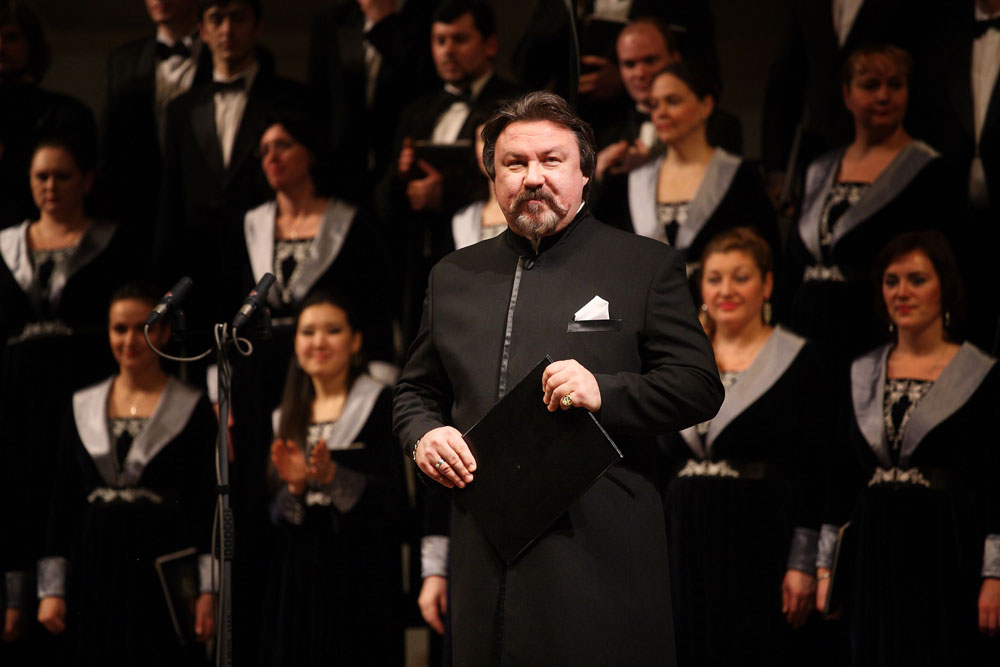 Press photo
One of Russia’s oldest choral ensemble will give a special concert in the UK capital on June 12 in honor of Russia Day. The Sveshnikov State Choir of Russia will perform a range of choral pieces, from traditional folk songs to works by Prokofiev and Shostakovich.

For the first time one of the Russia's oldest choral ensemble, the Sveshnikov State Choir of Russia, is to perform a concert program in London. The event will be held at the Barbican Centre and is devoted to the Russia Day celebration on June 12.

The performance will give a unique overview of the most outstanding Russian choral pieces of the last 300 years, from traditional Russian folk songs to the spiritual works of Dmitry Bortnyasky and Pyotr Tchaikovsky. Baritone Yuri Laptev, a soloist at the Mariinsky Theater in St. Petersburg, will take part in the performance.

The concert will also feature works by Sergei Prokofiev and Dmitri Shostakovich, whose anniversaries are also widely celebrated this year – including the world premiere of Prokofiev's miniature “O Life, You Are But a Moment” and the famous oratorio version of his music for Sergei Eisenstein's film Ivan the Terrible.

Much ado about Shakespeare: Russia marks 400 years since Bardu2019s death
Music by Shostakovich will include “The People's Lament” from the film score for King Lear.

A section of the program was prepared specially for the British audience and will mark the 400th anniversary of William Shakespeare and his connection with Russian music and culture, as well as choral settings to verse of works by other English poets.

A special gift from the choir will be an arrangement of The Beatles’ “Yesterday” by Roman Ledenev.

A heart-to-heart conversation with the audience

“Concert tours are always a way to introduce Russian culture to a foreign spectator,” Yevgeny Volkov, the artistic director of the choir told RBTH.

“On the one hand it's an energy exchange between audience and performers, and on the other – a cultural exchange, a way to tell all the truth about the country with the help of sounds. In this case, you are holding a direct conversation from heart to heart, he said.”

“When a Russian choir is singing – it's expressing the soul and emotions of its nation. Here you can admit no politics, no matter if someone wants to,” he added.

The Sveshnikov State Choir of Russia was created in 1936 and still occupies a leading position in folk choral performance. The choir actively participates in various prestigious international festivals and cultural projects, and has been on tour in many countries including Moldova, Georgia, France and the Baltic states.

But the London performance they consider as a kind of examination and are preparing for it carefully.

“The British audience is one of the most enlightened in a music sense,” said Volkov. “Despite the various historical twists and turns our cultures are really close. Russia and England [sic], the exchange between our countries in music, literature and poetry will be a leitmotif of the concert.”