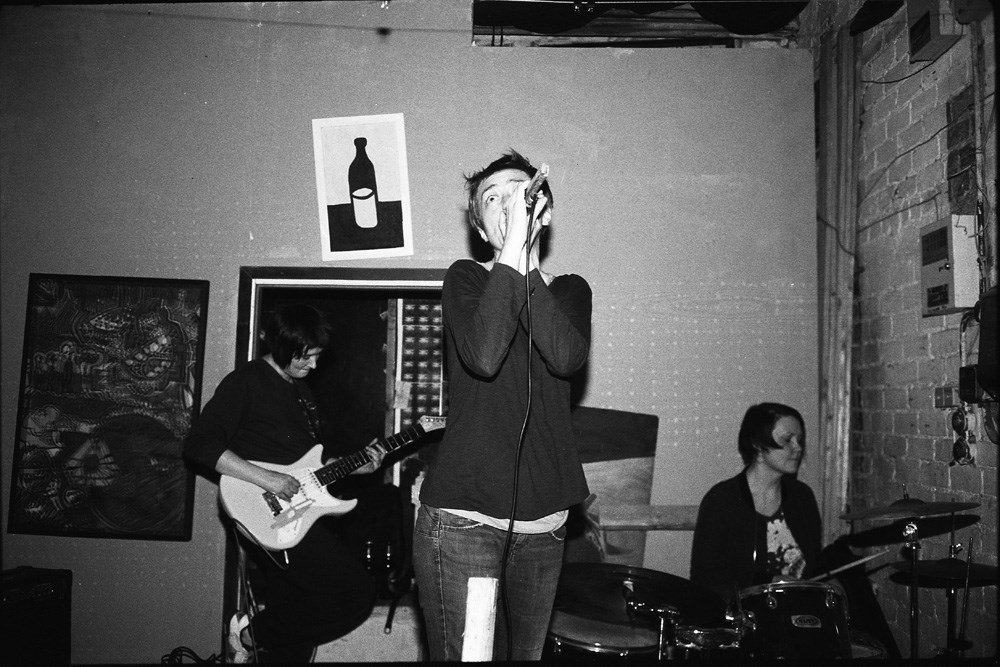 Press photo
The raw sound of Russian girl-punk band Mirrored Lips is getting the thumbs up from British music fans at small venues after starting their tour in Newcastle.

In a small provincial English town, in a room above a bakery, a few dozen music lovers gather to hear Russian girl-punk band Mirrored Lips on tour. It’s a far cry from the glitzy shows put on in London by big-name Russian pop stars entertaining the large émigré community in the capital – but for many of those involved in the tour, it’s a rare opportunity to build connections between England and Russia at a time when headlines in both countries are mutually critical.

Mirrored Lips, a trio that divides its time between Nizhny Novgorod and St. Petersburg, is not one of Russia’s big-name bands. Their music doesn’t get TV or radio exposure, their gigs are in small, underground venues. Their sound is uncompromising – harsh, post-punk guitars, lyrics exclusively in Russian, a stage-show fronted by singer Lyusya (Lyudmila Skochigorova) that throws up a challenge to many audiences back home, never mind a foreign crowd separated by a language barrier. But in Durham’s Empty Shop, a hub of the local music scene in North-eastern England, Lyusya, guitarist Sasha Philippova and drummer Nelly Dreijer enjoy an enthusiastic response.

“For me Britain is the motherland of rock’n’roll,” Lyusya said. “Coming here is more than a dream, it feels like a miracle.

“This tour is a bit of an experiment – I don’t really know if we can reach foreign audiences, it’s interesting to see what we can take from each other. The Russian language isn’t widely understood here, but as a performer I hope I can convey something greater, some kind of emotion beyond the words.” 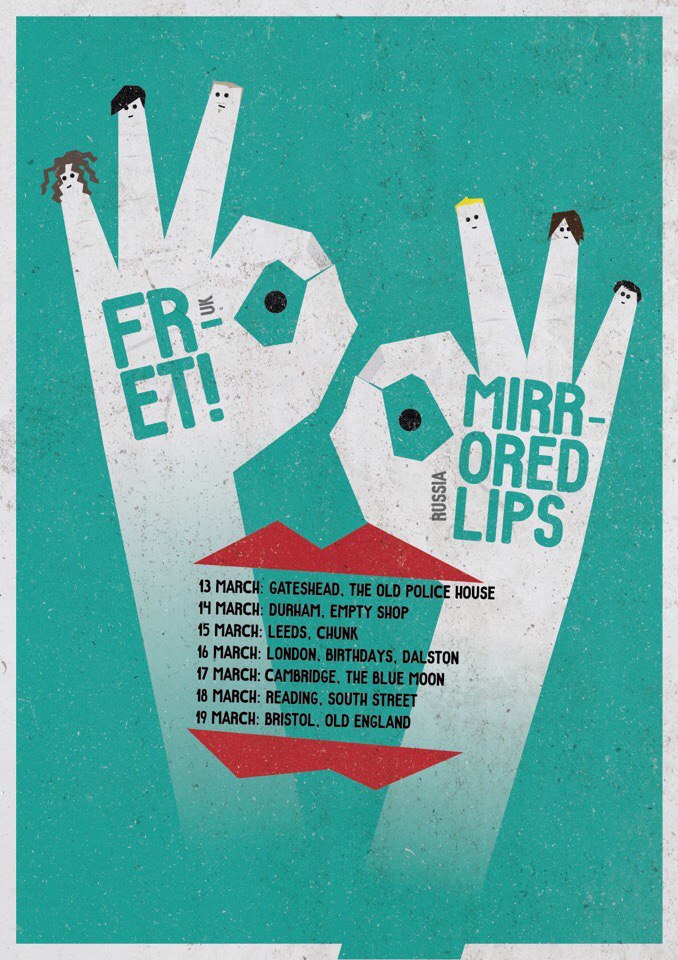 For the people behind the tour, Mirrored Lips are attracting an audience thanks to a shared ethos, an enduring commitment to the original spirit of punk, a movement that started by claiming that anyone with the determination to take to the stage and share a message could become a creator, rather than a passive consumer of culture.

Nick Malyan, who helps to run the Empty Shop venue in Durham, said: “When Mirrored Lips came along, as a Russian band, it was naturally very different from a lot of the stuff we usually have. At the same time, though, they are drawing on a lot of things that inspire lots of the local bands who play here regularly.”

The inspiration flows in both directions, as Lyusya explained.

“I can only speak for myself, because the other girls in the band are from a different generation, but I remember a kind of myth that every kid in Britain is born with a guitar, everyone grows up with music.

“People understand music and why it’s important. For us in Russia that kind of opportunity is only relatively recent, the sense of [musical] freedom is very different.”

Meanwhile, connections between Russia, still adapting to post-Soviet realities after the shocks of the 1990s, and northern England, recovering from the collapse of its traditional heavy industries in the late 1980s also play a role in nurturing a lively punk sub-culture.

“Lots of music comes from political and social contexts,” said Malyan. “A lot of punk bands are trying to make music with something very clear to say about society, and it tends to come from places where maybe there are differences, labels are imposed on different groups but those differences are not celebrated. It’s maybe about people having to find a way to celebrate what makes them individual, to celebrate themselves. You find it a lot in post-industrial towns all over this country.

“If you look at the audience that came to the gig, everyone has their own reasons, their own point of contact with what Mirrored Lips are trying to do. They have a kind of DIY, feminist agenda, and as a venue we’re naturally geared to providing a space where that can connect with an audience.”

Not that everything is quite like performing back in Russia. Philippova, guitarist and founder of the group, reckoned that the audiences at their English gigs were more intent on the music. “In Russia, people come to shows to jump around,” she said. “It’s much more active, more physical. Here, people are much more attentive to the music.” 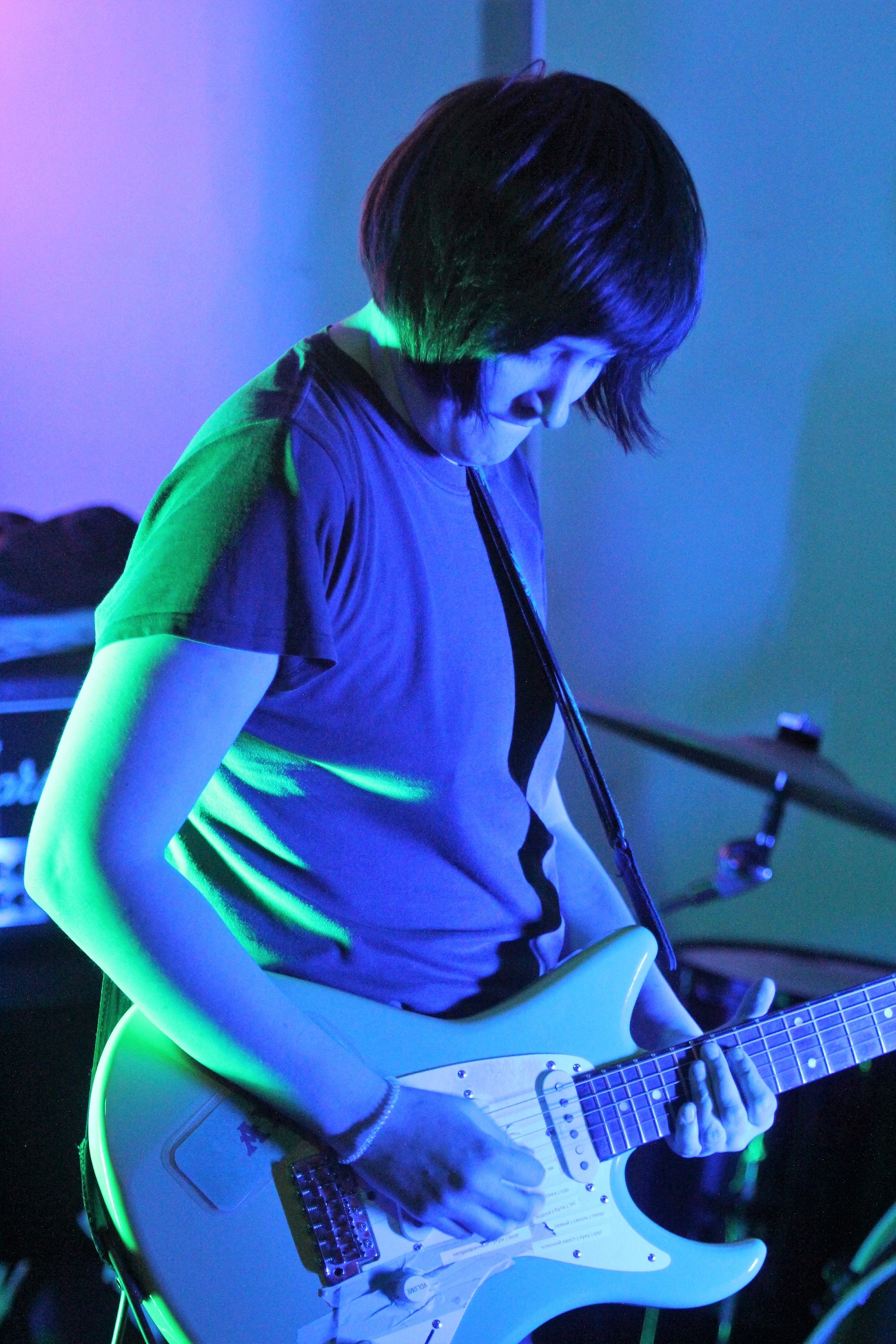 Mirrored Lips has seven gigs in England, touring with Newcastle noise-rockers Fret!, whose guitarist Steve Strode also runs the Cruel Nature record label, where he recently released an album by the band.

He said he was excited by the group as soon as he heard their work and was pleased by how quickly the original release sold out. Sharing stages – and an overworked tour van on the motorways of England – is an exciting prospect, and one that he hopes might help him uncover more highlights of Russia’s alternative scene.

“It would be good to get some more exposure for bands from Russia,” he said. “People have heard about Pussy Riot, but with a band like Mirrored Lips you feel it’s about the music more than about the sloganeering. There’s lots of stuff going [in Russia] and I’m hoping that spending time with the band next week, they can educate me.”

Strode is also hoping to emphasize the positives of cultural cooperation between East and West at a time when international relations are suffering.

“Over the past few weeks with all the scandals around Trump and Russia it feels like there’s hardly a day goes by when you don’t hear something about espionage on the news,” he added. “It feels like we’re back to how it was in the Cold War, but the reality is almost the opposite. In the cultural, creative field, there a big kind of unification going on that’s at odds with what happens politically.”

Mirrored Lips shared that sentiment. “Right now, it feels like only the creative sphere is drawing people together,” Lyusya added. “It’s strange how the more we travel, the more it feels like people are the same all over the world. We have the same hearts, we share the same beliefs. I don’t fully understand English, but I feel at home here. There’s a kind of community in the creative underground that doesn’t depend on nationality, it’s about people.”

Can politicians learn from this? “People need to pay more attention to each other, and not just themselves.”

Mirrored Lips’ tour of England continues to Cambridge on March 17, Reading on March 18 and Bristol on March 19. ‘MOM’, the band’s release via Cruel Nature Records, can be downloaded here. 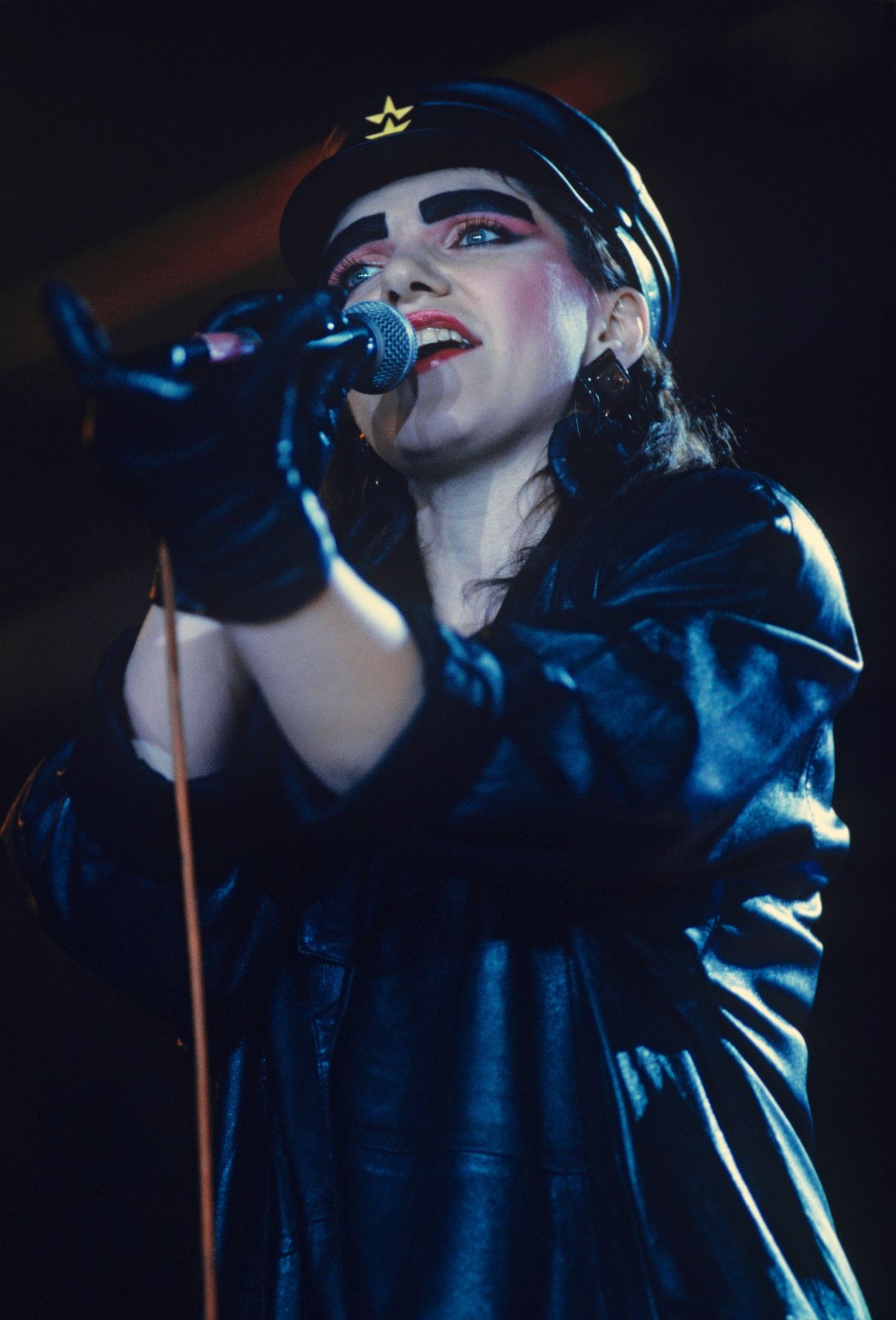