The Russian fortress where Vikings still live as they did 1,000 years ago 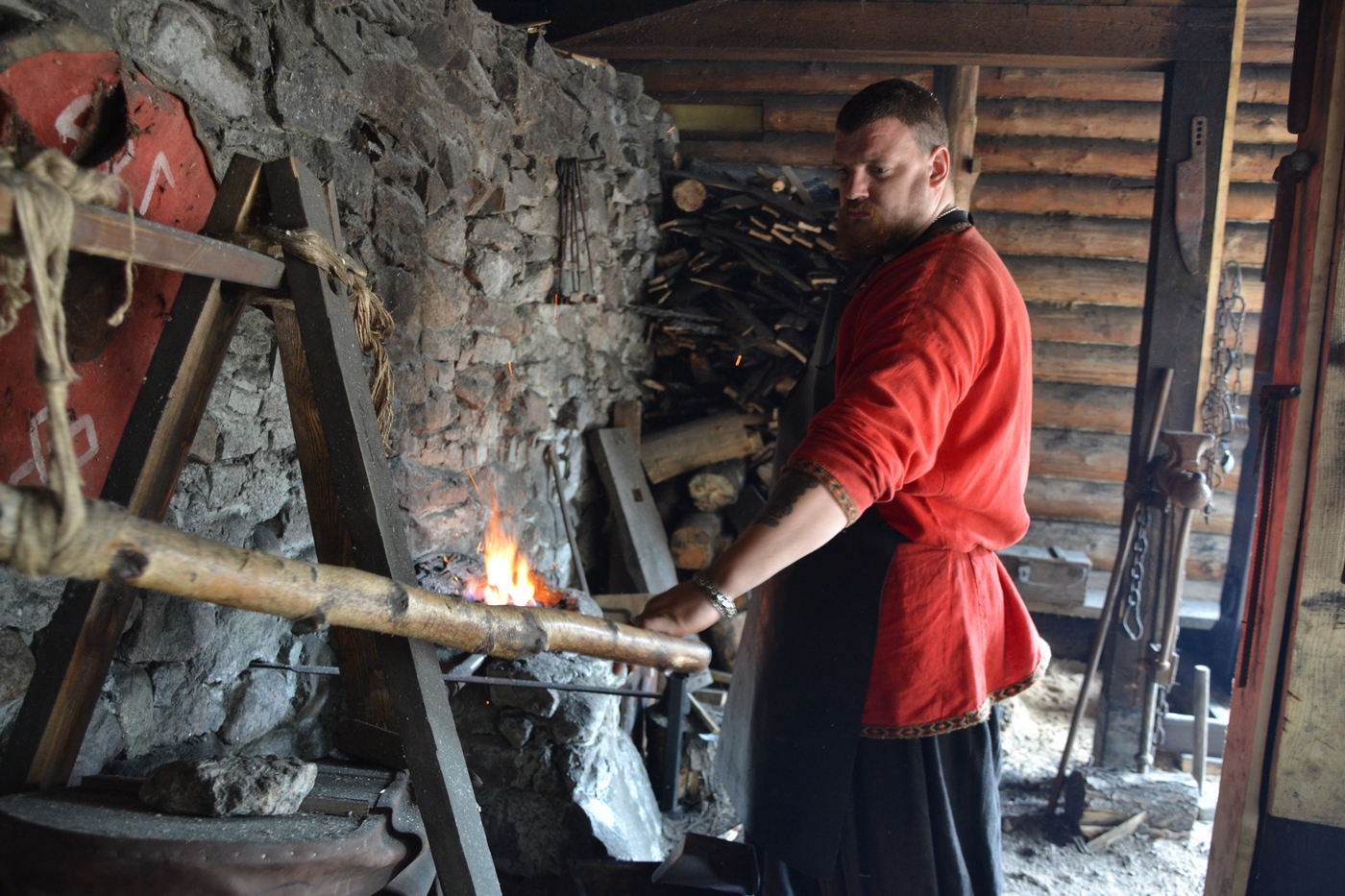 Voldemar: “Does anybody want to have a fight with our smith? No-one? You are right not to." Photo: A man works in a smithy.

Anastasia Semenovich
Would you like to try the lifestyle of a real Russian Viking? Then come to the Svargas fortress outside Vyborg, not far from the Russo-Finnish border.

It may be well over a thousand years since the Vikings – known here as the Varangians – came to Russia, but in one small corner of the northwest of the country, close to the Finnish border, it’s as if time has stood still – a Varangian fortress stands among the trees.

Here visitors will encounter granite boulders, severe-looking “Varangians” with long beards, an arsenal full of axes, swords and chain mail. There is a smithy and a stone kitchen, a bread oven, and goats grazing nearby. There is no electricity, gas or any of the other fruits of modern civilization here.

Getting to this Varangian world is simple. First you board a packed commuter train from St. Petersburg to Vyborg (85 miles northwest of St. Petersburg). Then you take a Svetogorsk bus and get off at the stop between Petrovskoye Lake and the Vuoksa river.

Built by enthusiasts over 10 years ago as an “alternative archaeology” site, the Svargas fortress is a life-scale model of a Varangian settlement from the early 11th century: Visitors can spend a day (a month or even a year) here recreating the lifestyle that Varangians used to have 1,000 years ago.

“My name is Goeling. I’ve been coming here for five years [the fortress itself was built 10 years ago],”says the local smith, whose real name is Alexander Rusakov.

“It all began very simply. My friends and I were passing this place and decided to stop and have a look at what appeared such an interesting site. We had a sword fight, threw some axes. After that I started coming here on a regular basis. This place has a good, a special energy about it.” 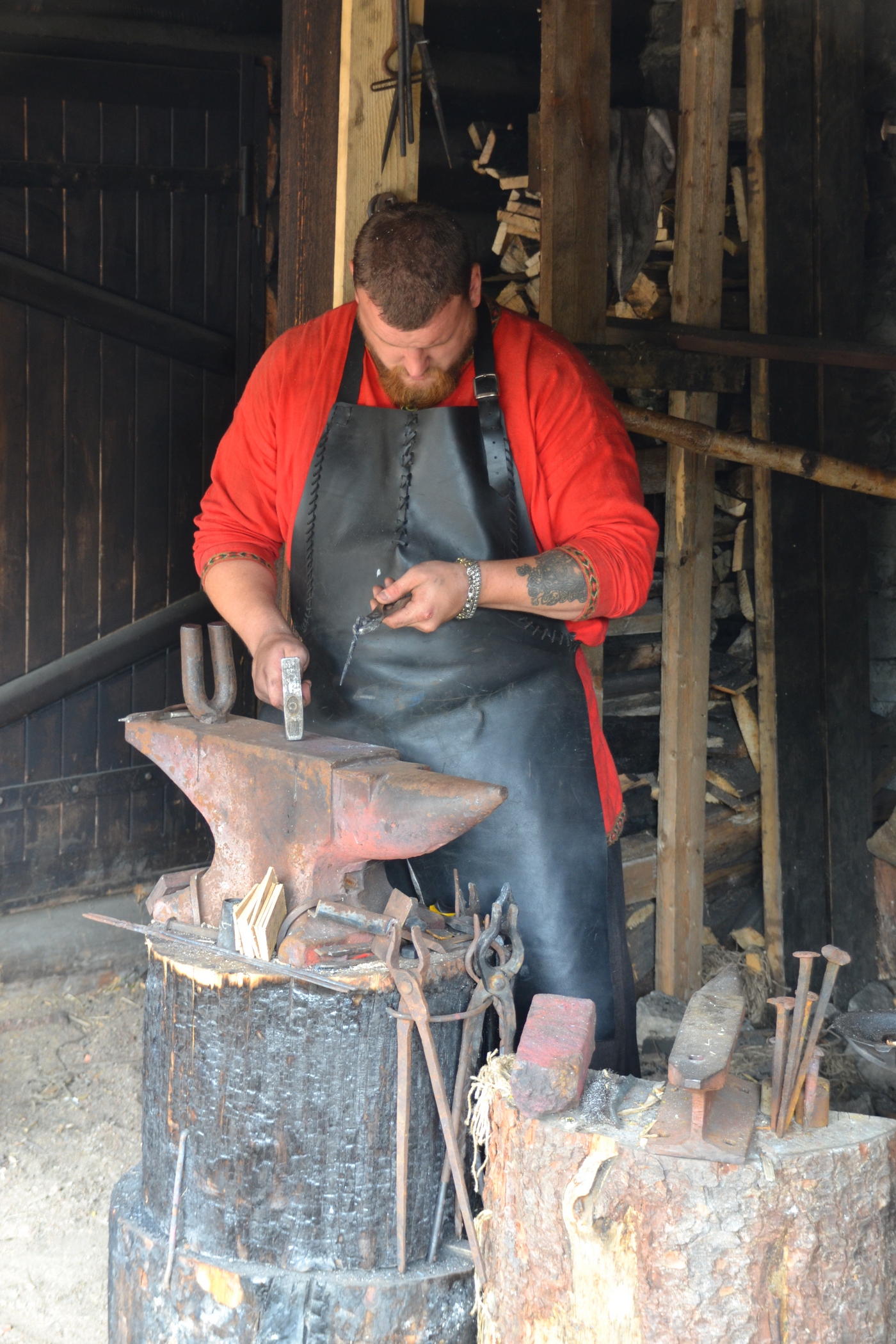 Back at home, in Vyborg, Rusakov has a wife and a child, “a regular family,” as he puts it. But he has always been attracted by medieval life and spends all his free time here, in Svargas. 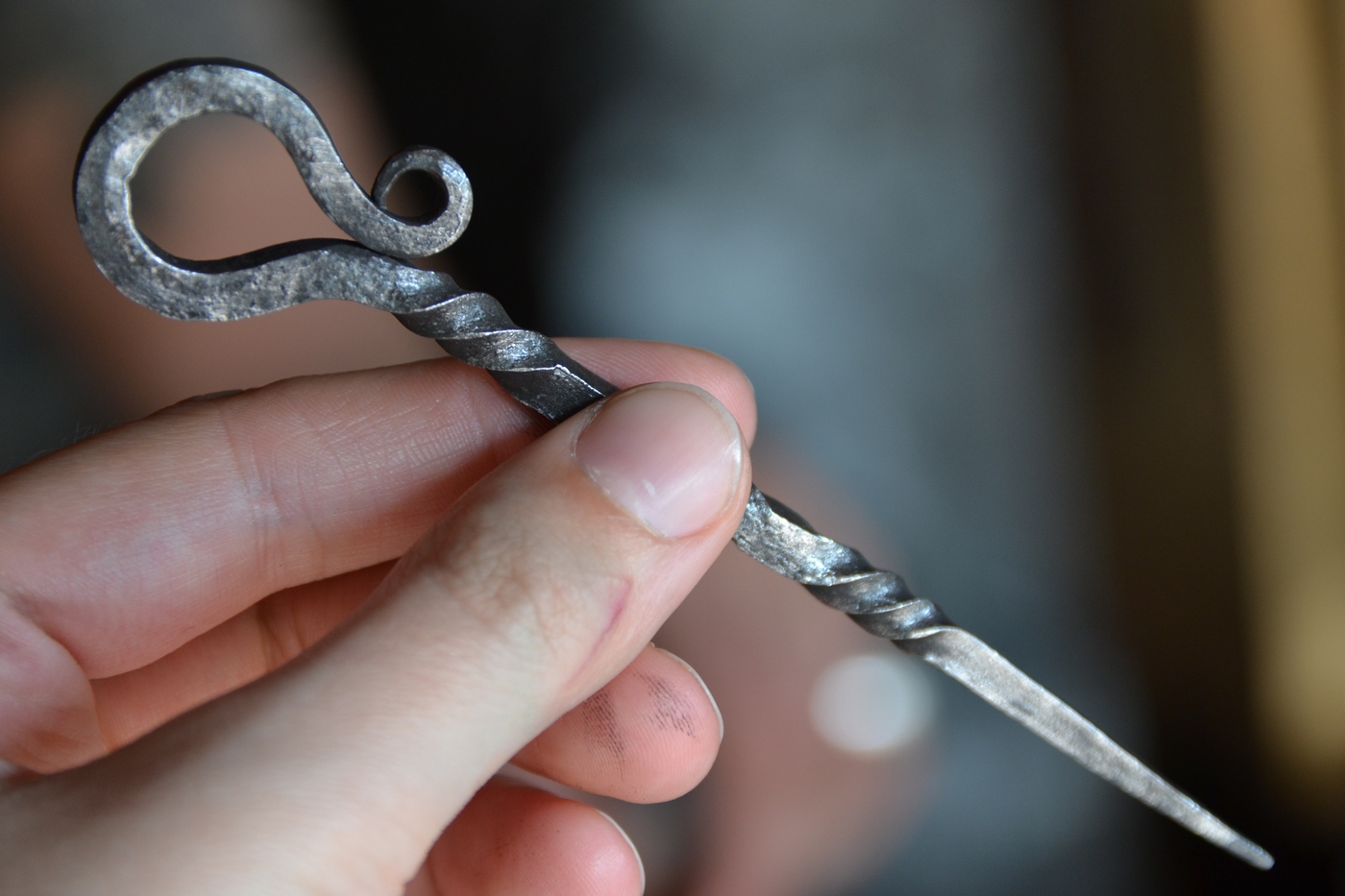 Svargas does not receive any funding from the state: Everything is maintained through private contributions and donations. The volunteers even carry out construction work themselves, without any outside help. There are some 30 people at Svargas at any given time, with some of them living on the estate. 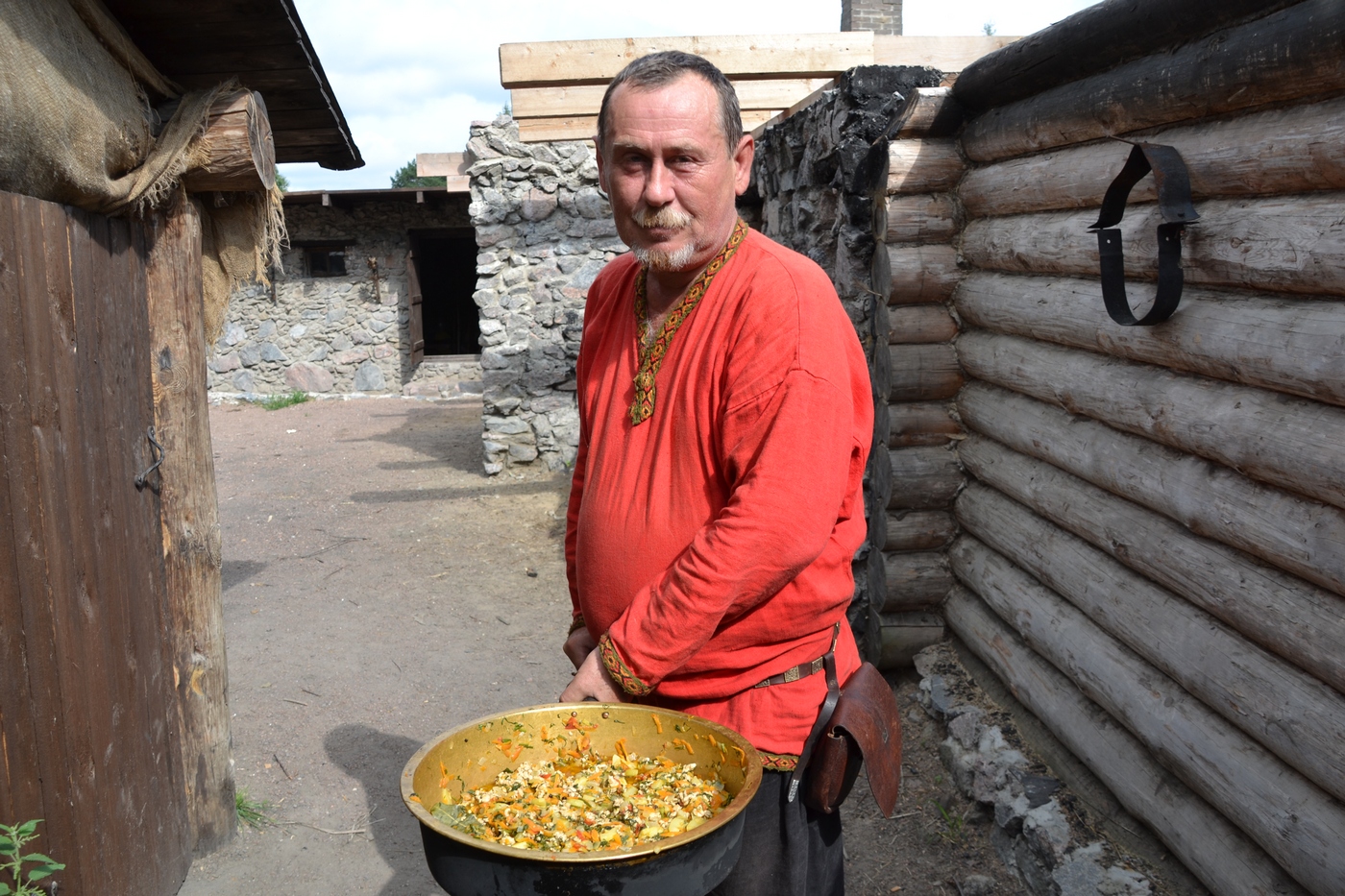 Surprisingly, residents of Svargas are not so keen on historical re-enactment. “Reenactors [enthusiasts who recreate specific historical events or periods – RBTH] often try to make money out of something they do not really know,” says Alexander Nikolayev, head of the project. “It’s a movement for dummies and props enthusiasts. Vikings didn’t wear horned helmets. Generally speaking, there are too many myths surrounding that period.” 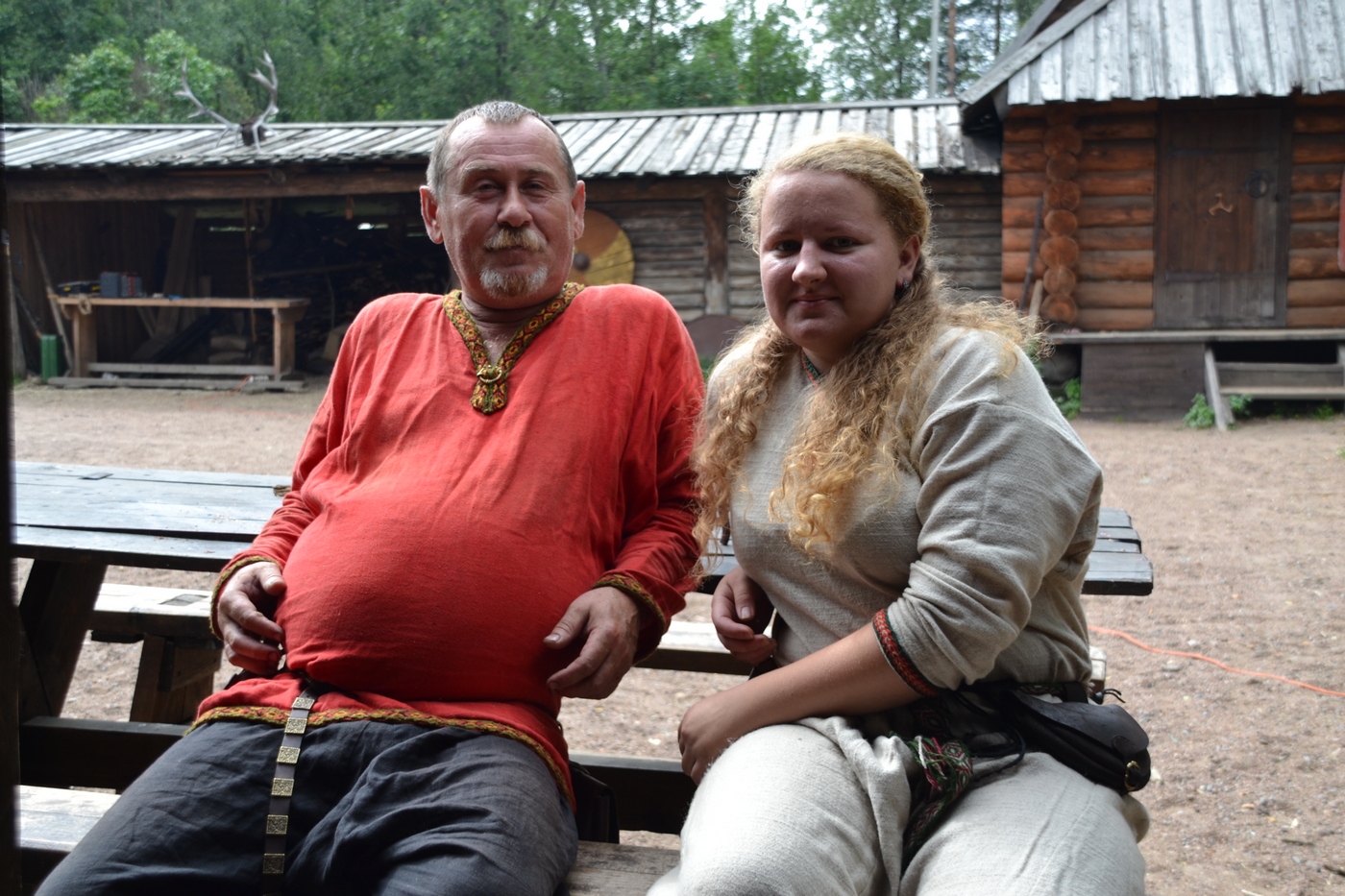 Svargas residents want to “work out their feelings” and to tell children about history. They invite pupils from nearby schools with their history teachers to come and visit. Nikolayev says that for him “it all began” as “a big sandbox for a kid.” His son Yegor was seven when he, fascinated by Viking history and the early Middle Ages, decided to build a fortress.

In 2008, Nikolayev got to know the author of a classification of early medieval weapons, Professor Anatoly Kirpichnikov. Since then Svargas has moved away from historical re-enactment and evolved into a lifestyle for its residents, while Kirpichnikov has become an honorary konung (the Viking term for sovereign) of Svargas and advises the place and its residents on details of the everyday life of that period.

“We have even tried to recreate the production of iron from bog ore,” says Nikolayev. “It turned out to be quite a challenge but we are working on it.”

Who wants to challenge the smith to a fight?

On the trail of the Vikings in Veliky Novgorod

In the arsenal, surrounded by cool stone walls and candlelight, its keeper “Voldemar” shows off different axes, swords “like those used by Carolingians” (the Frankish aristocrats who ruled Western Europe in the 8th and 9th centuries), explains what chain mail should look like (it turns out that what they show in films is all wrong).

“Varangians settled all issues with a fight. Two men would go outside the gate and only one would return,” says Voldemar. “Does anybody want to have a fight with our smith? No-one? You are right not to.”