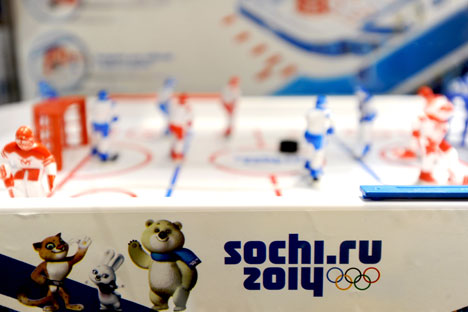 The Olympic Games in Sochi cost at least ten times more than any of the previous Winter Olympics. Source: ITAR-TASS

The Russian Olympic Committee believes the $51 billion spent on Sochi will have a positive, long-lasting economic impact, but experts suggest the Olympic-sized expenditures may never pay off for the region.

The 2014 Winter Olympics will open in Sochi on Feb. 7, almost one year to the day. Even this far ahead of the opening ceremony, we can already take a retrospective look at the preliminary results of the monumental sporting event and estimate just how much has actually been spent on the most expensive Olympic Games ever.

“In order for Russia to recoup the money spent, it has to tread very carefully in terms of finances. You have to know when to say ‘enough is enough,’” says Igor Nikolayev, director of the strategic analysis department at FBK consultancy.

Click to enlarge the infographics: Tickets to Sochi Olympics

There are specific figures behind his words. The original budget for the development of the Olympic facilities and of Sochi as a resort city was 320 billion rubles (about $10 billion). Over the last six years, the figure has risen almost fivefold, as costs have soared to 1.52 trillion rubles, or about $51 billion. Most of this money has been spent on infrastructure: the Olympic facilities cost just 200 billion rubles (approximately $6.7 billion); the rest was spent on preparing the region for welcoming guests.

Even before it reached the bottom line on the Olympic bill, Russia had managed to outspend China, which came up with $40 billion to organize the 2008 Summer Olympics in Beijing. Statistically, the Summer Games have to be far more expensive, as they require massive infrastructure projects and more Olympic facilities.

The Olympic Games in Sochi cost at least ten times more than any of the previous Winter Olympics, but Alexander Zhukov, president of the Russian Olympic Committee, is sure that the investments in Sochi have already produced the expected “economic impact.”

“These are very serious investments. I believe they will have a long-term economic impact. Investments mean not only new jobs and new facilities built for the Olympics, but also contributions to the entire Sochi resort area. The Olympics will benefit the Sochi economy immensely,” Zhukov told reporters in January.

The results of the 2008 Olympics in Beijing are an indirect proof of his estimates: the Chinese government was counting on an additional 0.3–0.4 percent of GDP annually within seven years of the Summer Olympic Games, but the actual figures were even higher.

Deputy Prime Minister Dmitry Kozak, who is in charge of the Olympic project, has not given any specific figures. “There are no estimates yet; the figures depend on the status of the global economy, the effectiveness of the regional and local authorities (which must be able to make good use of this legacy) and investors that will try to sell their services at a profit — hotel accommodation, for instance. There are good preconditions for the region’s economy to grow, including transportation opportunities and travel flows,” Kozak says.

“When huge amounts of money are spent developing a single region, and then it turns out that the infrastructure will clearly be underutilized, then we understand that we could have benefited much more if we had invested more rationally in other regions, where the infrastructure could be used more effectively,” Nikolayev says.

“The Olympics will produce a marginal impact from tourism. Practice shows that Winter Olympics hardly ever pay off for the organizers, and you’ll never be able to make a 50-billion-dollar event pay off,” says Sergei Aleksashenko, macroeconomic research director at Moscow’s Higher School of Economics.

Igor Nikolayev at FBK agrees and warns that the trend toward megaprojects can have negative outcomes for the economy. “When you take on a big challenge amid a slow economy, your risks grow higher,” he says, mentioning a list of megaprojects that included the APEC summit in Vladivostok, the Universiade in Kazan, the 2014 Sochi Olympics and the 2018 FIFA World Cup in Russia.

“These are the commitments that we can’t simply get out of, even if we wanted [should the macroeconomic situation deteriorate],” says Nikolayev.

This pessimism may instantly be forgotten, though, as soon as the Olympics start, rendering gloomy prophecies and calculations irrelevant.