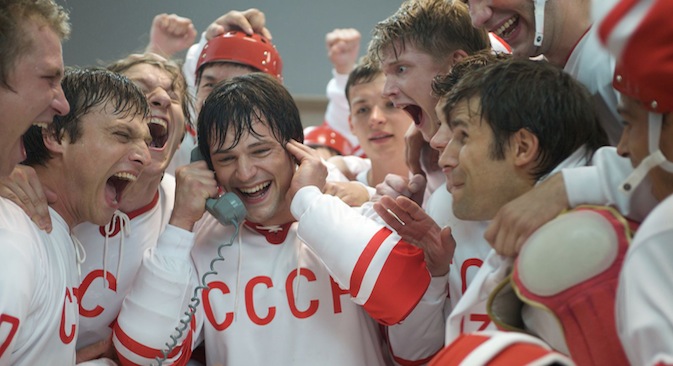 Danila Kozlovsky in Legend No. 17 as the Russian star of the 1972 Summit Series. Source: kinopoisk.ru

A patriotic blockbuster about a Seventies ice hockey legend is a smash hit in the run-up to Sochi.

As Olympic fever grips Russia ahead of the 2014 Winter Olympics in Sochi, a new blockbuster film – Moscow’s answer to Chariots of Fire – is hoping to inspire the national ice hockey squad to emulate its Soviet predecessors and win gold for the motherland.

Legend No.17, an $13 million biopic about Valery Kharlamov – one of the greatest ever Soviet ice-hockey players – focuses on the epic Summit Series with Canada in 1972, when Kharlamov’s so-called amateurs took on the much-feted giants of the National Hockey League (NHL) – and almost pulled off an amazing series victory. Timed to coincide with this year’s World Ice Hockey Championship, the film grossed $27 million within a month of its release on April 18, making it the domestic movie industry’s smash hit of the year.

Legend No.17 is in a tradition of “patriotic blockbusters” made with government cash. Nikita Mikhalkov’s two-part sequel to his Burnt by the Sun, Burnt by the Sun 2, released in 2010-11, was a response to Spielberg’s Saving Private Ryan. Mikhalkov’s films aim to boost national pride in the wartime sacrifices.

The film’s central event is the opening game against Canada, the first encounter between the Soviet “Big Red Machine” and NHL professional players, who at that time did not take part in the World Championships. The match brought 24-year-old Kharlamov – who scored two goals in the No. 17 shirt – to international prominence as the Soviet side won 7-3.

President Vladimir Putin has repeatedly stressed the importance of a good medals haul at Sochi, which observers say would increase Russia’s international prestige and bolster the government’s campaign to promote patriotism. Winning in prestigious sports such as ice hockey is seen as critical, and Legend No.17 was produced by a film studio owned by Oscar-winning director Nikita Mikhalkov, a close friend and public supporter of Mr Putin. 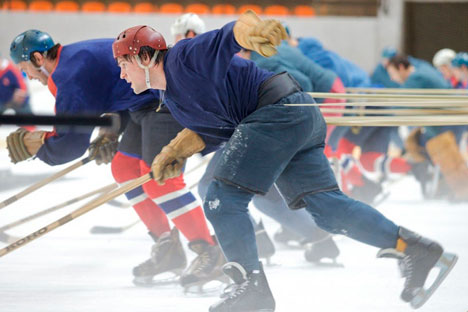 The idea is to bring back the glory days of Russian ice hockey, the country having last won Olympic gold as part of the Unified Team in 1992. Russian sporting officials are also keen to make up for a poor performance at the 2010 Winter Olympics in Vancouver, where Russia ended up in 11th place in the medals table.

Back in 1972, there was no Hollywood ending for the Soviets, however. They lost the series 4-3 after Kharlamov was injured in the sixth game by Canada’s Bobby Clarke – deliberately, many believe.

However, the class of ’72 is still regarded among the greatest Soviet ice-hockey teams in a golden era when the Soviets won a remarkable six out of seven Olympic titles from 1964 to 1988. The only Olympics the Big Red Machine didn’t win in the late Soviet period, in Lake Placid in 1980, indirectly influenced the Kharlamov movie.

The sensational American victory over the Soviet Union in the 1980 final inspired the 2004 US movie Miracle. And, on seeing the Hollywood film, Russian film producer Leonid Vereshchagin decided that he wanted to make a similar film, but from a Russian perspective. The 1972 series “was one of the few events that could unite all the generations in feeling proud for our squad, for our country,” Mr Vereshchagin says. 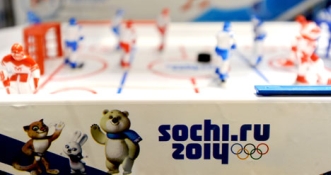 The pain of the 1980 Olympic defeat for Russian hockey fans was intensified one year later, when, alongside his wife, Kharmalov died in a car crash, at the age of just 33.

Legend No.17 nearly didn’t get made, as several versions of the script were rejected and a new director, Nikolai Lebedev, was brought on board. But when the film came out it received many positive reviews.

“It has a contemporary look, a well thought-out screenplay and plot twists, good and even excellent performances, decent (although not “killer”) hockey and no ideological bent.”

Despite the box-office success of Legend No.17, however, today’s Russian ice hockey team has plenty of work to do to fulfil the Kremlin’s dreams of Olympic Gold in Sochi. At the World Championships in Finland and Sweden earlier this month, Russia – the defending champions from 2012 – was knocked out in the quarter-finals by the United States, losing 8-3.