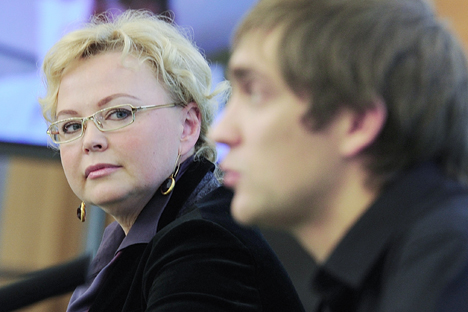 Commercial director of the Caterham team and former Vitaly Petrov’s promoter Oksana Kosachenko tells how racing teams spy on each other about espionage and why the drivers dislike the Monte Carlo track.

The world of Formula 1 is full of official rules, regulations and laws — but there is also no end to the unwritten rules.

On the eve of one of the most prestigious Formula 1 events — the Monaco Grand Prix — Oksana Kosachenko, the most famous Russian motor racing promoter and commercial director of the Caterham team, explains why the drivers and mechanics dislike the Monte Carlo track and reveals the questions you should never ask the drivers.

The Monaco Grand Prix: A moment of truth for the driver

“The Monaco Grand Prix is famous for its atmosphere: When it’s on, the whole city, the whole country, everyone who lives there or is visiting, lives only for the race. Formula 1 fills the whole place, and all around there is a world of luxury, a vast number of yachts and expensive cars".

Oksana Kosachenko started her career on television as a sports commentator.

In 2001, she became 16-year-old Vitaly Petrov’s promoter. She took charge of the talented driver and sent him to spend time in Italy, where she acted as his personal interpreter. At the same time, she was developing a promotional strategy for Petrov and securing some major sponsorship contracts.

Since March 2013, Kosachenko has been working as commercial director of the Caterham team.

"At the same time, everyone knows perfectly well that the Monaco Grand Prix is not the ideal track for Formula 1. The slightest error or even a tiny slip can leave you on the safety barrier. It’s a very demanding track for the drivers, and that’s why many of them don’t like it. For them, this track is a moment of truth.”

Nowhere is there closer contact between the teams and the spectators

“For us managers, the Monaco Grand Prix is a very difficult race. All the other tracks have special features for the teams — corridors enabling them to get to the paddock without hold-ups. But here you have to get about on foot, or, as a last resort, on scooters.

And it’s a crazy place: Everywhere you look, you see yachts and expensive cars. In Monaco, the paddock and the garage are in different places, so, to get from one to the other, you literally have to push your way through the crowd.

You don’t get such close contact between the teams and the spectators anywhere else. So the teams generally don’t like this race. It’s very difficult in terms of logistics and organization.”

No one is going to discuss their personal life here

“People who work in Formula 1 tend not to wear their hearts on their sleeves. No one here is prepared to discuss anything personal. As a rule, the drivers only talk to sports journalists, who ask them about the race and about specific things associated with the sport.

If any lifestyle journalists come to the Grand Prix, they usually only talk to the teams’ management or mechanics.”

“The teams definitely all spy on each other. The easiest thing is when the cars are standing on the starting grid and members of the teams are walking about and looking at them. Officially, this is the first and only opportunity you have to see your opponent’s car out in the open and find out what’s new about it.

No one goes into another team’s garage — that’s against the rules. Everything that’s on your patch is confidential and intended only for the members of the team that’s based there. This rule is firmly enforced. Every garage and every motor home is covered in cameras that capture absolutely every movement.”

Ecclestone created Formula 1 literally from nothing

How Russia’s professional drivers stacked up in 2012

“Formula 1 isn’t about making friends. It’s about doing business. If I told you my life in Formula 1 was full of friends, I’d be deceiving you. But I have lots of business partners there that I like spending time with — Bernie Ecclestone most of all.

He’s a very hardnosed businessman, but he’s the one who created this world literally from nothing. He took a little competition with a dozen cars and made it into the biggest money-making sport in the world. And this world revolves around him.”

The logo on the car isn’t the main thing

“The presence of Kaspersky Lab in Formula 1 is the first positive example of a classic business partnership with a Russian company. Kaspersky Lab provides services to Fiat, and one way in which these can be paid for is in advertising opportunities through Ferrari.

But anyone can stick their logo on a car if they’ve got the money. Not everyone actually gets a benefit from doing this.”