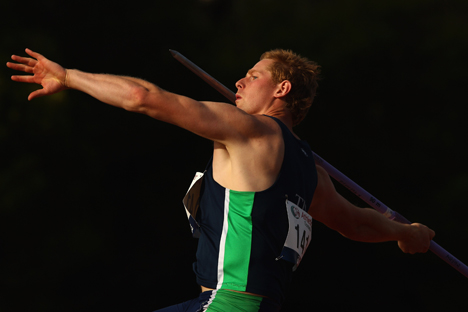 Also known as the World Student Games, Universiade is second only to the Olympics in the number of participants and countries represented. Source: Getty Images / Fotobank

Student athletes from 170 countries will compete across 27 categories – from gymnastics to water polo –  at the XXVII Summer Universiade in Kazan.

The historical Russian city of Kazan will host this year’s Summer Universiade – a biennial competition organised by the International University Sports Federation (FISU).

The first Summer Universiade, held in Turin, Italy, in 1959, involved 1000 athletes. Now, the event is one of the largest sporting events in the world, and Australia will be sending its brightest student athletes to join 13,000 competitors, in the games running July 6 to 17.

“The Qantas Australian Athletics Championships and Selection Trial were the basis for selection to the athletics team for the World University Games, and we’re very proud to be able to pick such a strong team,” said Dion Russell, Athletics Australia's chair of selectors.

“With the exception of one athlete, who had a medical exemption, all those selected competed at the Nationals and have achieved at least one qualifying standard for the World University Games”, he added.

The Australian squad achieved its highest-ever medal haul in 2011, at the last Summer Universiade in Shenzhen, China. Taking 16 medals, the team was only two golds short of breaking into the medal tally top ten.

Eduard Shakirov, head of the consular section at the Russian Embassy in Canberra, happens to be from Kazan – a city which, he proudly points out, is older than Moscow. Shakirov talked to RBTH about the planning and infrastructure development involved in preparing for the games.

Russian President Vladimir Putin signed a decree granting visa-free passes to foreign athletes ahead of multiple international sporting events in Russia. Visa-free entry will be valid for the duration of the competition.

“The high levels of capital investment have come not just from the Republic’s budget [Republic of Tartarstan], but also from the federal government,” he said. “The event and the new infrastructure – which includes an Olympic village to house 13,000 visiting athletes – will give the city a boost and will increase its international profile.”

Kazan, the capital of a Muslim-majority ethno-republic on the Volga and Kazanka rivers, east of Moscow acquired the right in 2009 to brand itself as the “Third Capital” of Russia from the Russian Patent Office.

Two months ago, when Russian President Vladimir Putin inspected sports facilities built specially for the Universiade, he declared that Kazan was on its way to becoming Russia's premier sporting city.

Since 2000, Russia's eighth most populous city has had a facelift, with its historic centre and Kremlin (listed as a World Heritage Site) being rebuilt in time for the city’s millennium celebrations in 2005.

“The Summer Universiade is just the beginning for Kazan,” Shakirov said. “The city will also host the World Aquatics Championship in 2015 and the FIFA World Cup in 2018.”

This is a sporting city that we will be seeing more of.