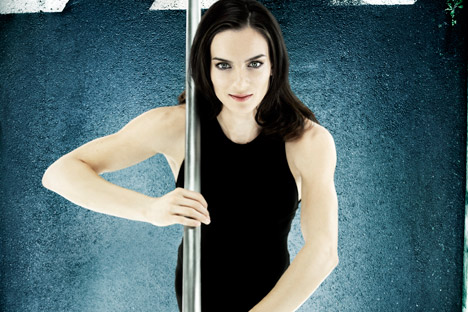 Elena Isinbayeva told, she wanted to settle down and start a family for a long time now. Source: Corbis/ Foto

Russian pole vaulter Yelena Isinbayeva has announced her intention to take a break in her career after the 2013 world championship, which will be held in Moscow in August. Her decision came from her desire to settle down into family life and have a child.

“I would like to take a break in my career, get married and have a child,” 31-year-old Yelena Isinbayeva said on June 26, at a press conference in Ostrava, Czech Republic. “I’ve been thinking about it a lot. A break has its pros and cons. Of course, the 2016 Olympic Games in Rio de Janeiro are on my mind. It would be really great to win one more Olympic medal there.”

As for the near future, Isinbayeva has her sights set on the world championship in Moscow. “I’m very motivated for this tournament. I feel well-prepared,” the pole vaulter was quoted by ITAR-TASS as saying. “I would really like to set a new world record in Moscow.”

PHOTO OF THE DAY: Russia set the world’s new record in pole vault

“As of today, yes, I can confirm that Yelena will take part in the Russian championship. What tomorrow will bring—I don’t know. Sometimes plans change. But if she said ahead of time that she’ll compete, then she’ll probably compete. I think her performance will be interesting to everyone: to her fans, other professionals, rivals, and herself,” said the head coach of the Russian national track and field team, Valentin Maslakov.

The key word used by Isinbayeva’s coach is “probably.” At this point, no one can say with 100-percent accuracy what is going through the veteran athlete’s head.

This is not the first such statement from the athlete, either. Isinbayeva last spoke of a possible resignation no more than a month ago, after competing in the Shanghai Diamond League. There she stated that she would have left after the Olympic Games in London—but only if she had won the gold.

“At first I was going to retire from the sport in 2013, after the world championships,” Isinbayeva said last November. “But the closer the day came, the better I understood that I didn’t really want to retire so early. It just gets tough. Sometimes my health isn’t all there. But, purely emotionally, I’ll never be able to get enough of the feeling on the day of a meet. I’ll miss winning the medals and the national anthem playing in my honor.”

In her own words, she has wanted to settle down and start a family for a long time now, but leaving pole vaulting behind is not so simple. The problem is not only her desire for a rematch after her defeat in the 2012 Summer Games, but also her sponsorship contracts, whose conditions do not allow her from to leave the sport.

Nevertheless, it seems as though the two-time Olympic champion (in both 2004 and 2008), six-time world champion, two-time European champion, bronze medal winner of the 2012 Olympic Games, and holder of 28 world records in the women’s pole vault simply has become tired of the sport.

Whether she will return appears to be the big question not only for her fans, but also for herself. Isinbayeva has already proven herself to the world, leaving only her own motivation as her main rival for some time now. This most likely explains all of her setbacks, which are presenting themselves more and more frequently: When you become your own opponent, sooner or later, you begin to lose your sense of competition.