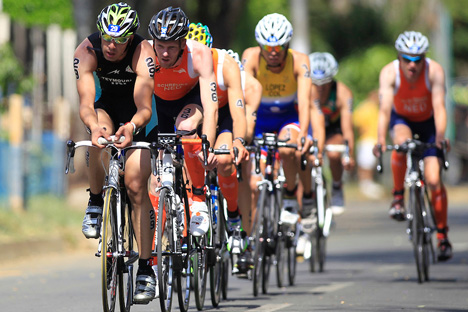 The World Games have been held every four years since 1981 and are staged under the auspices of the IOC. Source: Press Photo

The World Games has become a proving ground for sports aiming at the Olympic program.

The World Games — the competition for sports that are not included in the Olympic program — opened on July 25 in Cali, Colombia. Events in softball, wushu and rollerskating are still exotic, but many of these sports may soon be included in the Olympics. In Colombia, the Russian national team is striving to repeat its success of four years ago at the World Games in Taiwan.

After the triumphant performance of Russian athletes at the World Student Games in Kazan (first in the national team rankings, 155 gold, 75 silver and 62 bronze medals), Russia may achieve similar results in Cali, Colombia, where the ninth World Games are currently underway (July 25–August 4). The program for this competition includes sports that are not part of the Olympic Games.

According to Gennady Aleshin, honorary member of the International Swimming Federation (FINA) Bureau, these competitions are very important for world sports.

More: Kazan looks ahead as successful Universiade comes to a close

“Not all young people are going to get involved in football, swimming, or athletics,” Aleshin told RBTH. “Many devote their lives to other sports that are not very well-known to the general public—for example squash or orienteering. Athletes who take part in such rare sports also need competition, including at the international level.”

“More and more new disciplines are added to the World Games every year. Many IOC [International Olympic Committee] sports are given a trial run at the World Games and then included in the Olympic program. The most recent example is rugby sevens, which will be featured in Rio de Janeiro,” said Aleshin.

Olga Ivanova, the first female representative of Russia to win a gold medal at the 2013 taekwondo world championships, believes that each of the sports featured at the World Games could achieve the upgrade to Olympic status.

“My sport tried to break into the Olympics via the World Games for a long time and finally succeeded,” Ivanova told RBTH. “Now, it would be difficult to imagine the Olympics without taekwondo, and, in 10 to 15 years’ time, the same might be said, for example, of dancesport. The World Games get a very big audience, and they’re fun to watch. They spark trends that might be crucial to sports in the future.”

The World Games have been held every four years since 1981 and are staged under the auspices of the IOC. The program originally included just 18 sports, but it expanded significantly over time.

A total of 195 event finals will be held over 10 days. Russia will be represented at the games by 149 athletes. Gennady Aleshin believes that Russia’s athletes may repeat their achievements of four years ago in Cali.

Meteor-encrusted medals up for grabs at Sochi 2014

“A very strong team is going from Russia, bidding to be the top overall team,” said Aleshin. “I would single out our rhythmic gymnasts Elizaveta Nazarenko and Anna Trubnikova, our fin swimmers Pavel Kabanov and Dmitry Kokorev, and all the Russian dancers and sumo wrestlers. I’m hoping for a positive result. We’re capable not just of repeating our achievement of four years ago but also of increasing our medal total.”

After three days of competition, the Russians have seven gold, nine silver and six bronze medals. The Russian team is fourth on the medals table. The Italian team is at the top (10-11-11), with France in second place (10-4-7).

Four years ago in Taiwan, the Russian team finished the games in triumph. The Russian athletes finished ahead of everyone else in terms of both total medals (47) and the number of gold medals won (18).