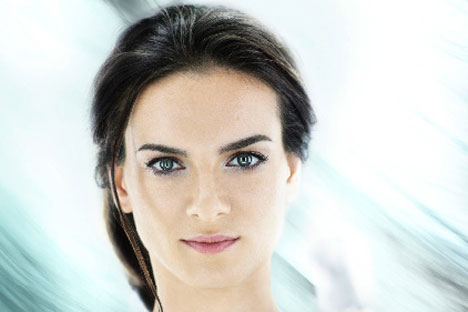 Yelena Isinbayeva has made plans to retire from top-level sports more than once before. She announced her intention to end her career again in July, during the Russian athletics championships. The queen of pole vaulting is planning to retire in style—something to watch out for at the August world championships in Moscow.

Yelena Isinbayeva’s appearance in Moscow was an event. What made the double Olympic champion miss a stage of the Diamond League in London and compete instead in the national championships, which she had missed for 11 years in a row? It was all so that she could try out the pole-vaulting area at Luzhniki, where the world athletics championships will start on Aug. 10.

Isinbayeva walked away empty-handed from the previous two summer tournaments—in Berlin in 2009 and Daegu in 2011—destroying the myth of the unbeatable champion and record holder. Her failure at the winter world indoor championships in Doha in 2010 could be added to this list. Now, the Moscow competition is an attempt to finish her career in style.

At this point, however, the example of Sergei Bubka comes to mind. He was the Seoul 1988 Olympic champion, 36-time world record holder and an inspiration for Yelena. However, in 2000, at the age of 37, he went to the Olympics in Sydney and left Australia without even clearing the starting height.

Another famous Russian athlete, Olympic long-jump champion Tatyana Lebedeva, who was unable to get into the world championships and fulfil her dream of ending her career at Luzhniki, made a very accurate observation: “There’s always the desire to retire from your sport in style, but it’s very difficult to do that."

"You’re already getting old, but in your head you remember all the movements, and there’s a crazy motivation, but you’re not physically capable. But sport is your whole life, and so sometimes you can’t simply up and retire at the right time,” she added.

When Isinbayeva was talking to journalists after her victory (4.75 meters) at the Russian championships, she could not get her story straight. She told some that she would be taking a break after the world championships and having a baby (and would possibly return to sport for the 2016 Olympics in Rio), but told others that she was never going to pick up a pole again. A RBTH correspondent heard the latter with her own ears, and this has been considered the official version of Isinbayeva’s story.

PHOTO OF THE DAY: Russia set the world’s new record in pole vault

The inconsistency of Isinbayeva’s statements is similar to the rollercoaster of her results. In 2009, in the final of the world championships, Yelena was unable to clear a single height, but she set her 27th world record (5.06 meters) in the fifth round of the Golden League in Zurich. In 2011, she had no success at the world championships in Doha. In 2012, she set an indoor world record of 5.01 meters at the Grand Prix event in Stockholm, but, at the Olympic Games, she only managed to clear a height of 4.70 meters, collecting a bronze medal in the process.

Will Moscow be Isinbayeva’s swan song?  And if so, what will it sound like?

“The world championships are a special competition. Half the stands will probably be filled by my friends and relatives. They’ll want to see my performance, because it will be the final world championships of my career,” said Isinbayeva. “They’ll clap, and that will be their way of thanking me for everything I’ve done, whatever the result is. But I promise I’ll keep fighting to the end.”

When competing, Isinbayeva sticks to a special tactic: The first height is a warm-up, the second is the winner, and the third is a record. At Yelena’s request, the pole-manufacturing firm began making poles with a finish in different colors. Isinbayeva chose pink for her first height, blue for her winning height and gold for her record height.

“There could have been a different result at the Olympics in London too [Isinbayeva only won bronze], but I was too jittery there. So, when I go out into the pole-vault sector in the stadium in Moscow, my watchword will be: ‘Whatever happens is for the best.’ You know, when you’re 31, you see things differently to the way you do when you’re 20. But I feel that my potential is huge. The main thing is for everything to come together on the day,” Isinbayeva said.

Despite the fact that Isinbayeva was smiling and joking in Luzhniki, it is clear from all her answers that she is not only training, but also thinking a lot about her life in sports and the disappointments of recent years. She is no longer the same Isinbayeva who could easily clear any height. This is probably even a bit sad and worrying for her, even if hidden behind a joyful mask.

“When I retire, I’ll probably have a good cry first, and then I’ll make a film about my victories,” Isinbayeva told journalists. “I don’t even know how many there have been. The way it worked out was that I won, then forgot, then won again and forgot again. I only know how many records I set: It was 28, because people count them. If you think about it, I had so many wins and they were so striking. At my best, I was setting eight world records a year. As you get older, you understand how valuable these achievements are.”

Read more about women in sport:

Strange as it seems, Isinbayeva does not watch her rivals. “I’m not interested in that. What they’re doing now is what I was doing a long time ago. They’re going where others have already been. But it was I who showed that everything is possible,” the champion said.

Yelena is right about something: If she had not set another indoor world record of 5.01 meters, American Jennifer Suhr would not have been able to beat it. The new world record has been 5.02 meters since March 2013. Suhr has not yet managed to clear 5.07 meters outside, but she has thrown down the gauntlet. Just like at the Olympics in Beijing and London (which the American won), Suhr will be the Russian’s main rival although, if truth be told, Isinbayeva is her own main rival.