He left Russia for a soccer career… in Syria 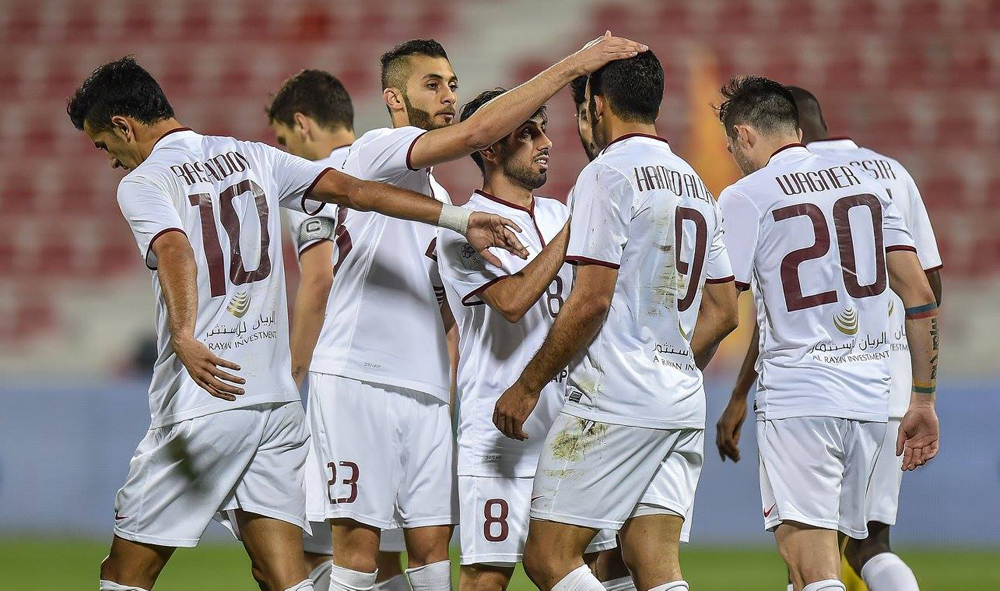 Press Photo
Basel Abdulfattah was born 26 years ago and lived all his life in Russia until suddenly, in January 2016, he decided to move to Syria, his father's homeland, to make a career there playing football. In interviews with the Russian media, the defender talked about his new life in a country torn by civil war.

Russia saw perhaps the most bizarre transfer of recent years, in the football world, in January 2016. It had nothing to do with fat contracts with stars like Hulk or Samuel Eto'o. Former Russian youth team player Basel Abdulfattah, who played for second-division Russian club Dynamo St. Petersburg, joined Al-Jaish in Damascus.

On the one hand, the player's decision is understandable. His father is a Syrian, who arrived in Russia in the 1980s to study engineering, married a Russian woman and settled in his new homeland. Despite his Syrian roots, Abdulfattah describes himself as Russian; he was born in St. Petersburg, grew up as an ordinary Russian child, and hardly speaks Arabic.

Hence, given the situation, his decision to move to war-ravaged Syria looks rather unusual.

From Russian grassroots football to the Syria national team

Abdulfattah says his main motivation was the offer to play for the Syrian national football team. Despite graduating from the youth academy of Zenit St. Petersburg, one of the strongest teams in Russia, Abdulfattah gave up trying to break into the Russian national youth team, and has played for a number of the country's second-tier clubs in recent years.

"The Syrian option initially emerged two or three years ago," Abdulfattah told the news website R-Sport. "At that time, I was contacted by the Syria national team's coach Anas Makhlouf. I talked with him, and he asked me if I saw myself in the team. My father and I discussed it – Why not turn my football career a full 360 degrees? The first time my father and I went to Syria was in summer 2015, not knowing what would come of this."

His citizenship application was stalled and, in the summer of 2015, Abdulfattah could not find a job. For six months, he had to keep in shape on his own. But in January 2016, Abdulfattah was invited to join Al-Jaish – one of the strongest clubs in Syria.

Abdulfattah says life in Damascus has changed for the better since the summer of 2015.

"When we were flying for the first time, it was a little scary. A lot of checkpoints, all the people in army uniform, document checks everywhere – You couldn't go anywhere without a passport. The situation was really tense. Warplanes flew over Damascus every 10 minutes, there was shooting, we heard explosions,” he told Russian website sports.ru.

Damascus is bustling with life

The situation, he said, has changed for the better since Russia launched its air campaign in Syria.

“There are neither planes nor shooting now,” he said. Absolute silence. Times are hard, half the country is under martial law," he told R-Sport. "But two cities – Latakia and Damascus – are absolutely safe. Syrians are very positive people, always happy to joke and laugh. Guys from the club invited us to tea, showed us the city.”

Abdulfattah said, “life is flourishing” in the centre of Damascus, which he compares to a “modern European city.”

There are 20 teams competing in the Syrian championship. Matches are now held only in Latakia and Damascus.

"There are few people at the stadiums," Abdulfattah told sports.ru. "Although I saw pre-war photographs, and it was a glorious spectacle: great pitches, full stands. They built a stadium for 75,000 people in Aleppo in 2007. This is the largest stadium in the Middle East and Asia's third. Unfortunately, you can't play there now."

"Even the training field is located at a military base,” he said.

“Occassionally, the club's chiefs come – people in uniform, the generals."

Abdulfattah has signed a contract with Al-Jaish until June. The player has no specific plans for what's next. But he has serious hopes of playing for the Syrian team.

"I trained with the team in the fall," he told R-Sport. "Half of the team plays in other Asian countries; the UAE and Qatar. Syrian players are in great demand because the local school is believed to be the strongest in Asia, along with Iran."

If the Syrian national team qualifies for the World Cup, Abdulfattah could be seen at the tournament in Russia in 2018.