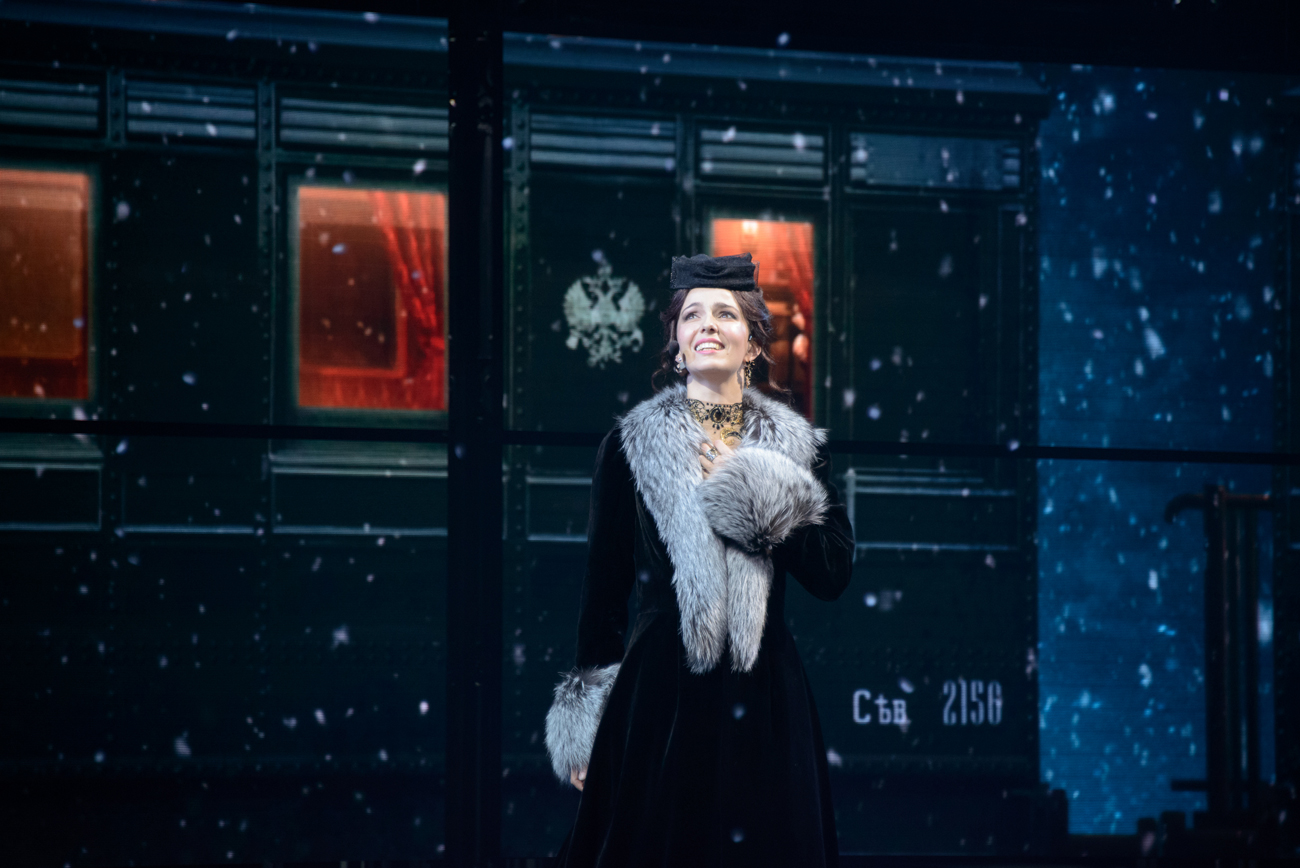 “Anna Karenina” is the third original Russian musical to be staged at the theater.

Press photo
The new show, staged at the Moscow Operetta Theater, benefits from a return to the classics in Russian theater in recent years.

“All happy families are alike; each unhappy family is unhappy in its own way.” This, the opening line of Leo Tolstoy’s “Anna Karenina,” is just as much a classic as the novel it begins. The book, first published in 1875-1877, has inspired more than 30 screen adaptions, a stage play and a ballet, but it is only recently that the tragic love story has been to music and expressed in lyrics. The Moscow Operetta Theater’s musical version of the novel opened in October.

“Anna Karenina” is the third original Russian musical to be staged at the theater. The show’s producer, Alexei Bolonin, spent a number of years staging licensed Western musicals. He was instrumental in bringing “Metro,” “Notre Dame de Paris” and “Romeo & Juliette” to Russia in the 2000s. 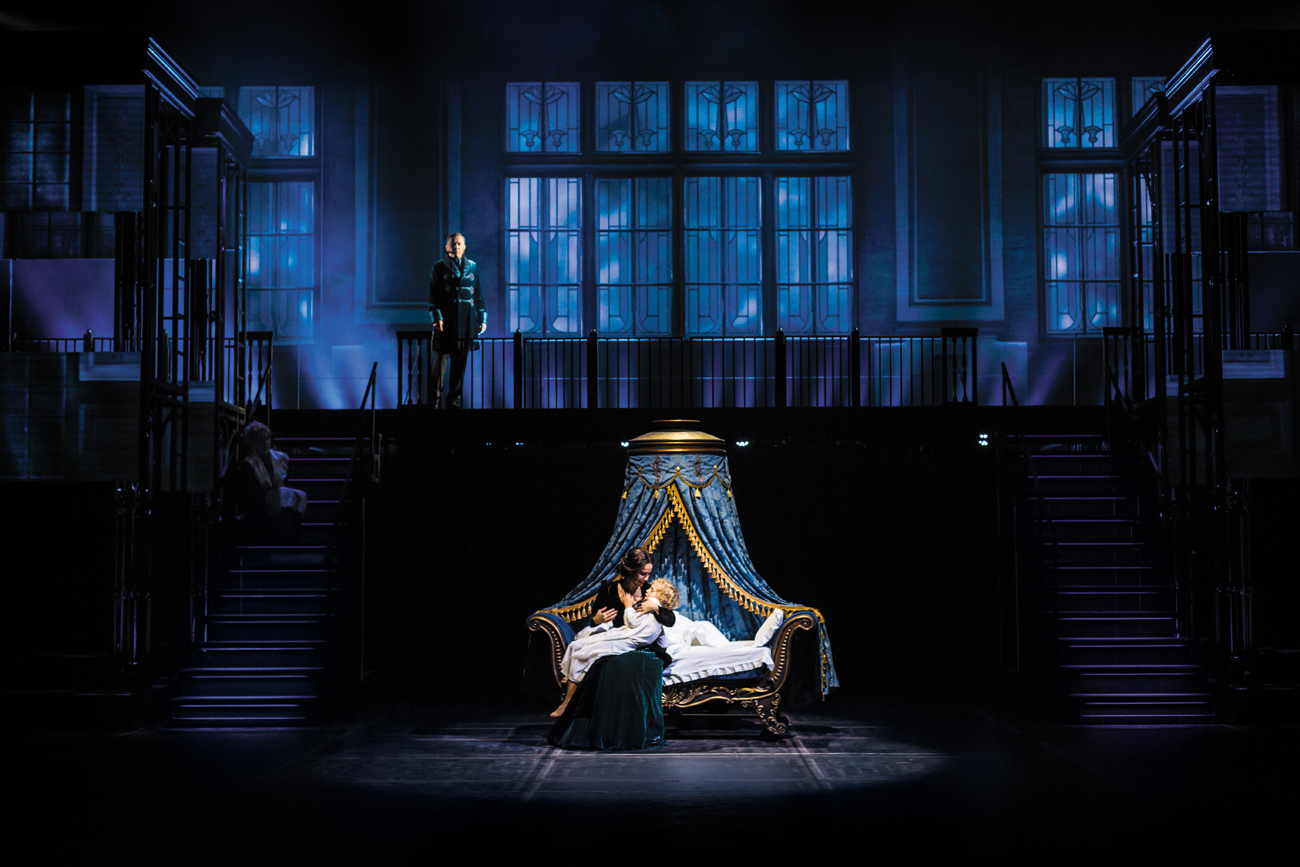 “Back then, we did not yet have a culture of musicals; the very word itself sounded strange to the Russian ear. Now an understanding of this genre has developed. We realized that we can create something of our own,” Bolonin said.

Eventually, however, Russians began to develop their own musical theater culture. The first original musical produced at the Operetta Theater was “The Count of Monte Cristo.” This musical, based on the novel by Alexandre Dumas, premiered in 2008.

In 2012, this musical was replaced in the theater’s repertoire by “Count Orlov,” which tells the story of a courtier of Catherine the Great who falls from grace. The librettos for both productions were written by Yuli Kim, a popular Russian singer-songwriter and former Soviet dissident. The music was composed by Roman Ignatyev. This same team worked on “Anna Karenina.”

The main character of the new musical is the train. It blinds the audience at the very start of the show and in the finale, Karenina falls under its wheels. Throughout the night, a huge wheel suspended from the ceiling turns, a reminder of inescapable destiny and wicked fate. The action of the musical takes place against a backdrop of symphonic rock — as the critics have characterized the production’s musical style — performed by a live orchestra.

“Tolstoy’s novel like no other is suited for a musical because it has all the necessary ingredients; most importantly, a love story,” said Bolonin, explaining his choice of material. “We, of course, cannot address his philosophical ideas, as this is not the right genre for that. But some things that were important for Tolstoy are reflected in the sets or in the lyrics, and there are some direct quotes from the novel, too.” 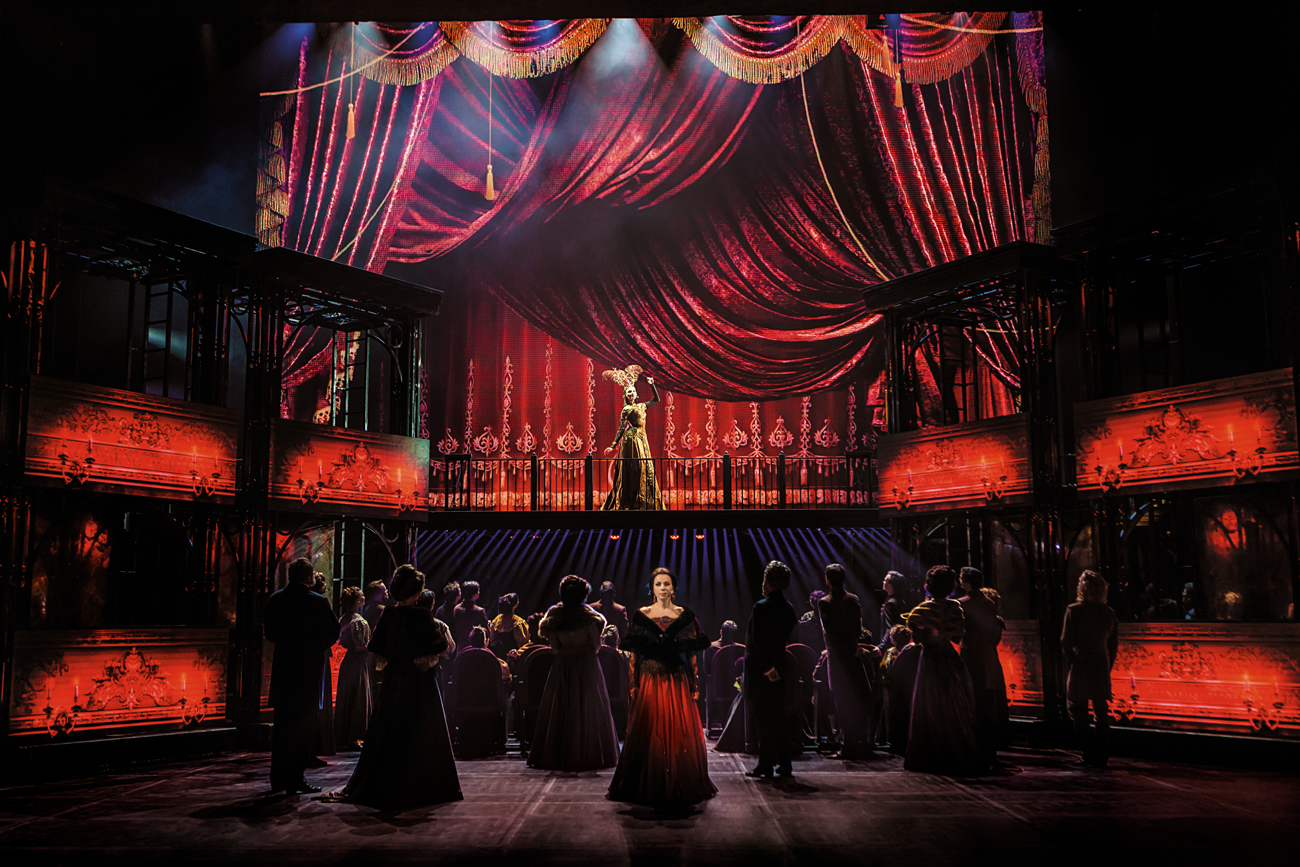 By selecting a Tolstoy novel to adapt, the producers are tapping into a trend in modern Russian theater: a return to the classics. In 2014, the St. Petersburg Theater of Musical Comedy staged a production of Mikhail Bulgarov’s novel “Master and Margarita,” while last season the St. Petersburg Music Hall mounted a production of Alexander Pushkin’s novel in verse, “Eugene Onegin.” 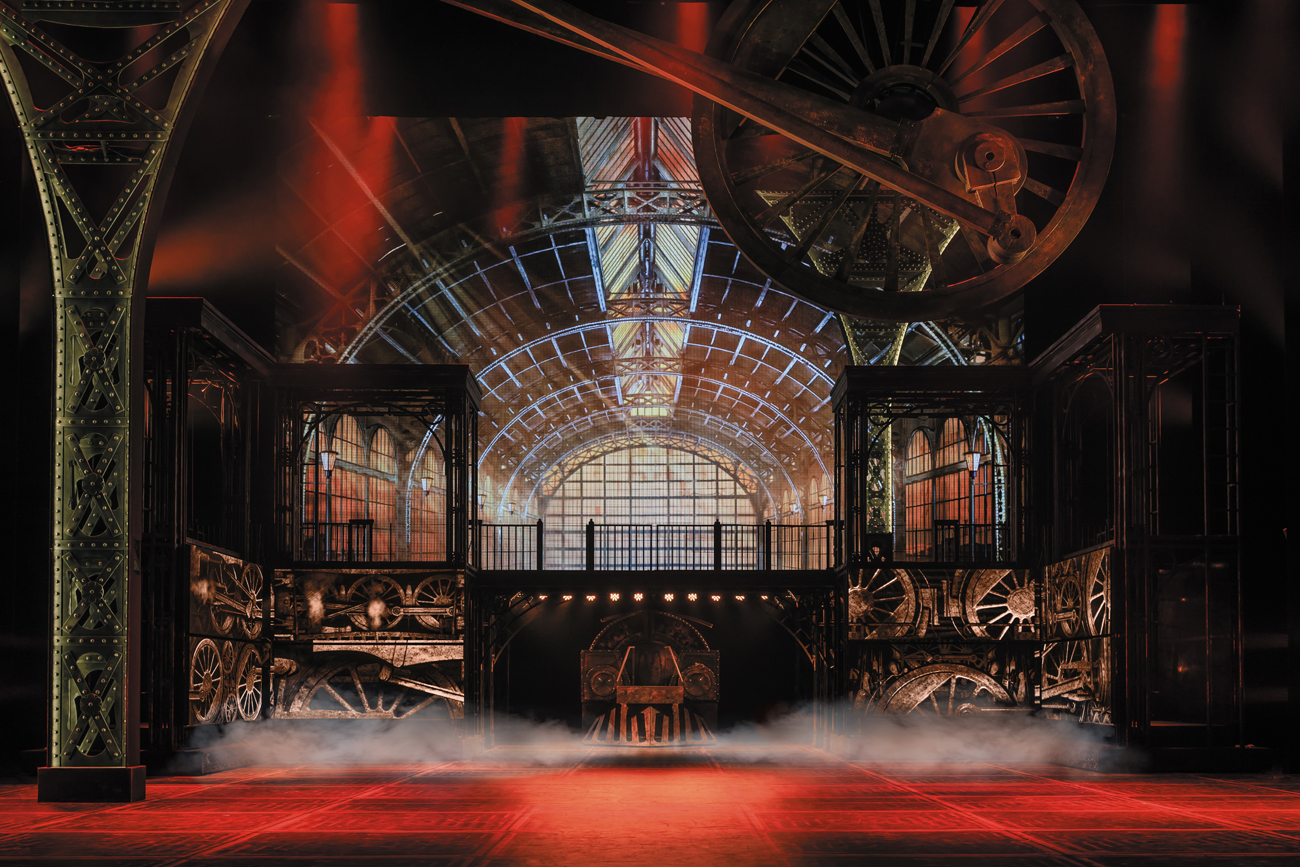 This past spring, the Moscow Musical Theater produced a rock opera based on Fyodor Dostoyevsky’s “Crime and Punishment” to mark the novel’s 150th anniversary. This trend can be attributed to two main factors: a minister of culture who didn’t want state-run theaters to stage radical modern plays and viewers who love costume dramas.

At first glance, the “Anna Karenina” musical does not have hit songs like those that make “Phantom of the Opera” or “Cats” so easily recognizable. There are, however, a few songs worth noting. One is a Russian lullaby sung by Anna to her son. Another is an aria sung by the Railway Station Attendant, who reminds everyone that they all, in fact, have a one-way ticket. Drama that is present in every song, which according to fans, is what makes a Russian musical different from a Western one.

“Russia is a theatrical nation. We have actors on stage who graduated from world-renowned drama schools. That is why a musical in Russia is not just about the quality of singing, it is also a full-fledged drama,” Bolonin said.

Read more: Could you be a romantic heroine from the Russian classics?