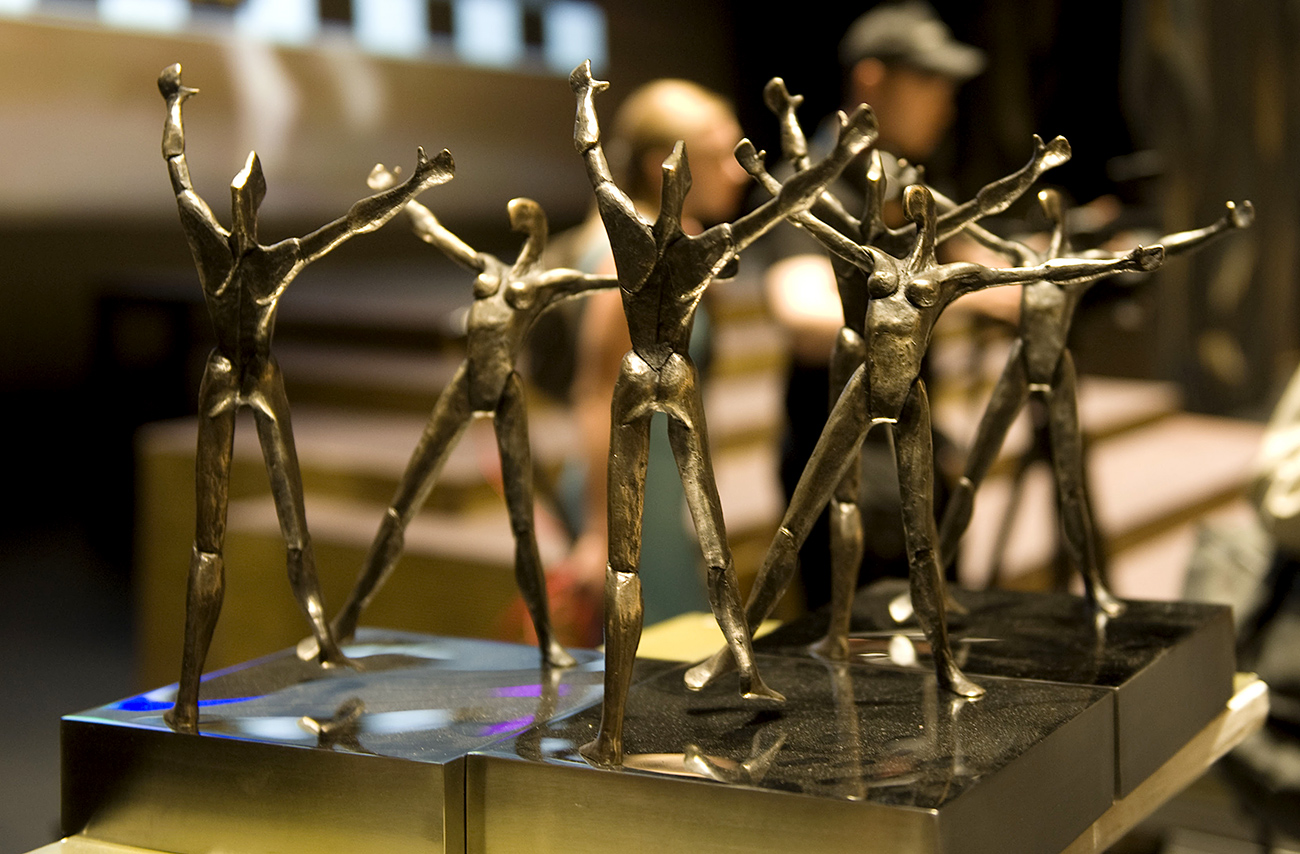 Benois de la Dansé prize will be awarded on May 30 in Moscow.

ZUMA Press/Global Look Press
The Benois de la Dansé prize for contributions to the art of ballet is one of the most prestigious in the world and will be awarded on May 30 in Moscow.

On April 11, the Benois de la Danse prize, better known as the "Oscars" of ballet, announced nominees for its 25th ceremony that will be held on May 30 at a Bolshoi Theater gala concert in Moscow.

Nominated for "Best Choreographer" is Akram Khan of the English National Ballet, Alexei Ratmansky of the American Ballet Theater, and Crystal Pite of the Paris Opera Ballet.

For "Best Female Dancer" the nominees are Stella Abrera from the American Ballet Theater, Misa Kuranaga from the Boston Ballet, and Ludmila Pagliero of the Paris Opera Ballet.

The nomination for "Best Male Dancer" includes Brooklyn Mack from the Washington Ballet, Jeffrey Sirio of the American Ballet Theater, and Gustavo Carvalho from the National Ballet of Uruguay.

Joseph Walsh, the principal dancer of the San Francisco Ballet, and Victoria Jayani from the Joffrey Ballet Chicago, will host the event on May 30 that will announce the winners. The pair will also present a short version of the choreography of Yuri Possokhov set to the music of Ilya Demutsky.

In addition, a new prize was announced, "For Life in Art," which will be presented to Marcia Heide, the famous Brazilian ballerina, choreographer and actress.

The Benois de la Dansé prize was established in 1991 in Moscow by the International Union of Choreographers and is awarded annually. Yuri Grigorovich, the legendary Bolshoi Theater choreographer, is the prize's director.