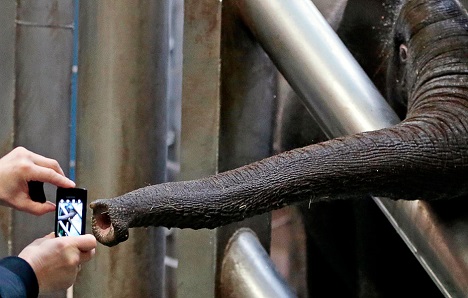 A visitor takes a picture of Caprinita, a 4-year elephant, at the Moscow Zoo. Source: AP

Moscow's 21-hectare zoo, the largest in Russia, somehow manages to fit into the city centre, while at the same time providing a decent, respectable environment for both the animals and the visitors.

The weather has improved, the birds are singing, the sun is making regular appearances - and now is a good time to re-acquaint yourself with the Moscow Zoo.

Not everyone is a fan of zoos, of course. As Yann Martel's protagonist in ‘Life of Pi’ famously pointed out: “I know zoos are no longer in people's good graces. Religion faces the same problem. Certain illusions about freedom plague them both.”

Yet Moscow's 21-hectare zoo, the largest in Russia, somehow manages to fit into the city centre, while at the same time providing a decent, respectable environment for both the animals and the visitors. If you've heard horror stories about zoos on the post-Soviet landscape, rest assured that the Moscow Zoo stands above the rest.

Conveniently located near Krasnopresnenskaya and Barrikadnaya metro stations, it's a good place to take the kids - and not just for entertainment, either. Moscow's zookeepers take the issue of conservation very seriously, and the zoo strives to be an educational facility, as well.

You should note that while general admission for adults is 300 roubles per ticket, free tickets are available for anyone under 17, for soldiers doing their army service, for students and for pensioners, as well as a host of other groups. You should check out moscowzoo.ru for all of the details on free admission, and note that free tickets are given out with proof of eligibility. 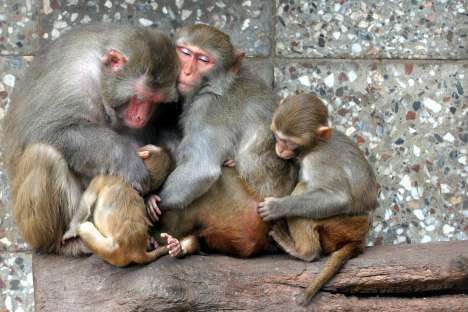 A look at the Sukhumi Primate Centre

The zoo's Exotarium (an exhibit on coral reefs and exotic fish and insects), Dolphinarium and other special areas require additional fees for adults to attend. For a child, an Exotarium ticket is a real bargain - just 10 roubles.

The one major drawback of the Moscow Zoo is the fact that it can and does get crowded on the weekends. While I would never encourage anyone to play hooky from school or work to go... I can point out that the Moscow Zoo does stimulate the brain quite a bit. Surely, an occasional sojourn there will be judged beneficial: good for productivity and good for the mood.