A weekend in Arkhangelsk: Beauty of the Russian North 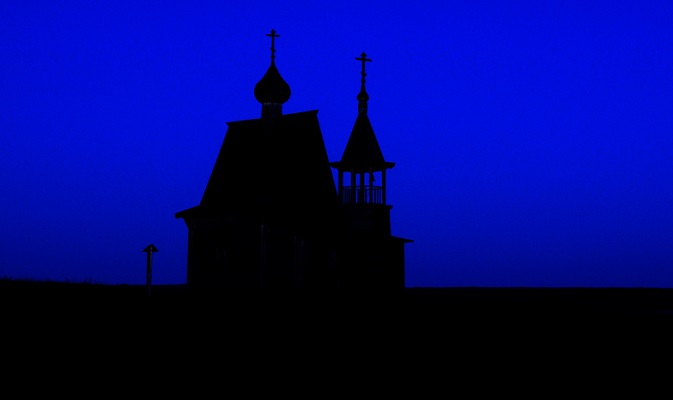 Arkhangelsk Region is located in northern European Russia and borders on the Republic of Karelia and Vologda and Murmansk regions. Source: Ivan Malkin

In the north-west of Russia lies a region where time passes slowly.

Arkhangelsk lies in the Arctic Circle, at a point where the Northern Dvina River meets the White Sea. Arkhangelsk was founded in 1584 and owes its name to the nearby Archangel Michael monastery.

It has remained a traditional and historic city yet with a certain modernity embodied in its love of jazz. Some claim Arkhangelsk as the capital of the North.

View Arkhangelsk: A weekend inside the Arctic Circle in a larger map

Before going out to explore the city centre of Arkhangelsk, spend some time strolling through the market, which can be found behind the Sports Palace. In the morning the stalls are covered with fresh vegetables, fish and meat in a very Russian-style harmony.

Crossing Chumbarova-Luchinskogo Street from east to west you can admire a row of traditional wooden, two-storey houses that are typical of this northern region. Half way along the street rests an extraordinary statue of a man riding a trout. It depicts Nalim Malinych, a character in Russian fables whose author was from Arkhangelsk.

Eventually you will reach the attractive quayside of the Dvina and the port of Arkhangelsk. Until the founding of St. Petersburg in 1703, it was the only Russian seaport open for trade with the West. As you follow the river you may see floating tree trunks; the region was originally colonised for logging, and has a flourishing industry to this day. Along the Dvina you will also find statues, a marble seal serves as reminder of the period of famine during World War II, during which inhabitants had to survive by eating seals. A little further on, Admiral Nikolai Kuznetsov surveys the horizon as he did during Soviet times.

If a stroll along the river whets the appetite, stop off at the Bobroff Restaurant (2 Popov Street). It serves traditional dishes from the region as well as seafood, excellent local beer and all at a reasonable price. The average bill will come to about 25–30 euros ($32–39). Arkhangelsk also features many Blin house cafés. Blinys (Russian pancakes) are a great favourite of the region. The bill for a plate of blinys with condensed milk will come to a little less than 2 euros ($2).

If you walk towards the town centre, while keeping to the quayside, you will come face-to-face with a long building topped with two cupolas.

These are the oldest walls in the city. The Gostiny Dvor was once the foreign merchants’ market. It is now a museum, housing very well-documented exhibitions focusing on the history of Arkhangelsk and the region. Admission is 5 euros ($6). The building was recently renovated and is also used for concerts (12 euros or $16 a ticket). The locals love jazz, and the museum occasionally puts on jazz festivals.

The local sport popular in Arkhangelsk is called bandy. Instead of a puck they use a very small ball. The ice field is the shape and size of a football field. The team representing the town of Vodnik has won the Russian championship nine times. You can watch training sessions or matches at Trud Stadium (252 Prospekt Lomonosov), and develop a feel for the atmosphere with a local brew at the stadium's bar.

About 25 kilometres from Arkhangelsk is Malye Kareli, an open-air museum of northern Russian architecture.

Entry will cost you 6 euros ($8). Peasant cottages, chapels and churches are dotted over several hundreds of acres. All the dwellings are built of the traditional wood, the oldest of which dates back to the 16th century. Everything here was built throughout the vast Arkhangelsk region, but was later dismantled and identically reassembled at this open-air museum.

Another museum to visit is the Northern Naval Museum (86 Northern Dvini Embankment). It's in the eastern part of the city, close to the Dvina River quays. The collections are nothing extraordinary, but they show the exploits of the great Russian Arctic explorers and how far their discoveries extended.

How to get there and where to stay

Getting to Arkhangelsk is most comfortably done by air. There are 6 daily flights from Moscow, and 4 from Saint Petersburg. A one-way flight from Moscow Sheremetyevo airport costs around 100 eu and takes about 2 hours.

Arkhangelsk has two airports: Talagi for interregional flights and Vaskovo for flights within Arkhangelsk region.

As for accommodation, there is a wide choice. If you are on a tight budget, book a bed at the little Lomonosov Hostel for 12 euros ($16) a night. But beware; they are quite strict with the rules. Otherwise, the Stolica Pomorya Hotel is of the more traditional kind, where a night’s lodging will cost you 55 euros ($71) per person and about 75 euros ($98) for a double room.