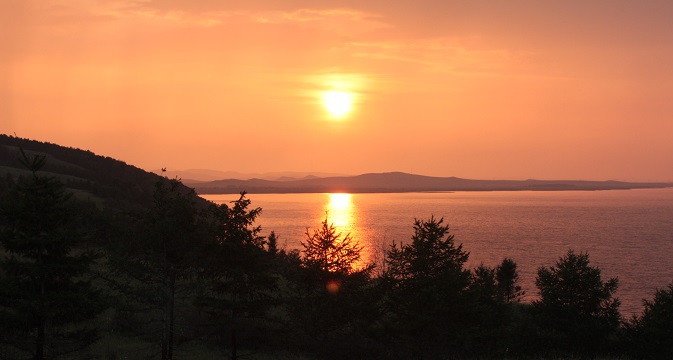 The Itkul Lake Reserve in Khakassia is an ideal place for bird-watching, studying grassland plants, and participating in eco-volunteering programmes.

The Khakassia Republic, one of Vladimir Putin's favorite fishing spots, is known throughout Russia for its nature reserves, Siberian apricots, lakes, and shamanism.

The road from Abakan, the capital of the Republic of Khakassia, runs along the wide hilly steppes of Siberia. After climbing a hill suddenly a panoramic view of Itkul Lake opens before you, one of the areas of Khakassky nature reserve. The areas of the reserve are spread out throughout the republic, and cover different ecological zones - steppe, forest steppe, and mountain taiga.

Itkul Lake is located in the steppe. People primarily come here to watch birds such as cranes, peregrine falcons, and eagles. In addition, you can explore the rich diversity of steppe vegetation, including rare endangered species, here in their natural environment.

Sunduki, an abandoned mine shaft, and herbal baths

Not far from Itkul Lake is the Sunduki mountain range - a place that is popular among archaeologists and those interested in shamanism. Sunduki is called the Russian Stonehenge. Numerous pictograms (ancient petroglyphs) have been found on the unusually flat mountains here. Local shamans still come here on days when important astronomical phenomena take place. They believe that natural observatories were located here in ancient times, and the openings bored through the rocks helped priests to precisely determine the time of the year favourable for planting and harvest.

Sunduki is also popular for one-day hikes. The range consists of eight peaks that can be climbed with no special physical training. From the top one can see an amazing panoramic view of the green steppe stretching to the horizon.

Adventurous people may like to visit Tuimski Sink. Prior to 1954 there was a tungsten mine here, however a negligent engineer proposed expanding it upwards instead of digging the shaft to the usual depth. The mine caved in, and subsequent earthquakes deepened the gap. So as a result of human intervention and natural forces, a great basin with an emerald lake at the bottom and spectacular natural walls was formed here. A rope hangs at the highest part of the shaft from which brave people can swing and then jump 100 metres in free flight.

Five kilometers from the fresh Itkul Lake is the saltwater Shira Lake. Part of its shore has been designated as a nature reserve. Along the rest of the shore are tourist sites, towns and Pearl resort. Here one can not only have a comfortable overnight stay, but also bathe in the curative waters of the salt lake or take a herbal sauna, an invention of one of the local shamans. To take a herbal sauna, visitors sit in a cedar barrel and are enveloped in steam scented with steppe grasses and flowers. Medicinal cosmetics are produced here from these same herbs.

A tourist centre was opened in the small residential area on the Itkul Lake reserve where people are permitted to live. The building has panoramic windows through which you can watch the lake and the life around it for hours. It also contains a watch tower and a museum.

The nature reserve can be visited only in groups. To visit, submit an application that states the number of people in the group and the purpose of the trip. Through them you can obtain information on travel agencies that the nature reserve works with.

The protected zone has walking and biking paths of varying difficulties and lengths. There are paths for bird watching and studying plants. Observation points are located at picturesque spots around the lake. Bicycles can be rented in the residential area and tours around the lake or to neighboring areas can be arranged. One-day tours are usually organized to visit the nature reserve. They can be arranged directly through the reserve (some staff there are fluent in English).

You can help the nature reserve by participating in environmental inspection with a team of local inspectors and by improving the tourism infrastructure. The reserve also needs people who can contribute to environmental education like photographers, videographers, and translators. The staff picks up volunteers at the nearest airport at Abakan (which has regular flights from Moscow and Vladivostok) and provides a tent. Volunteers need to provide their own food (a couple of kilometres from the residential area there is a village with a grocery store).

People who want volunteer at Lake Itkul should submit an application to reserve@khаkаsnet.ru, and will have an interview on Skype. Training director Ulyana Kuimoba notes: "We will try to make sure that the volunteers have an engaging and comfortable stay with us, but we would also like to get real assistance from them." In fact, volunteer programmes and eco-tours can be found not only at Itkul Lake, but also in other areas of Khakassky nature reserve.