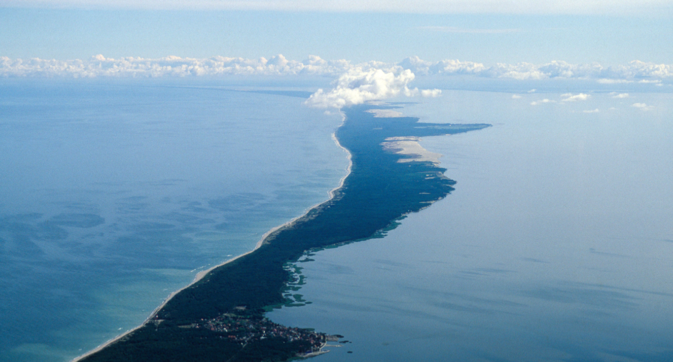 After a long winter of snow and ice, temperatures in Russia rise to around 30 degrees and higher during the summer months. This is a great time to go on a picnic, sunbathe and relax on the beach.

The section of the Ural Mountains between the cities of Ufa and Chelyabinsk consists of forested peaks that fall away to blue lakes. The water in Lake Turgoyak, near the town of Miass, is so clear that it’s often compared to Lake Baikal. 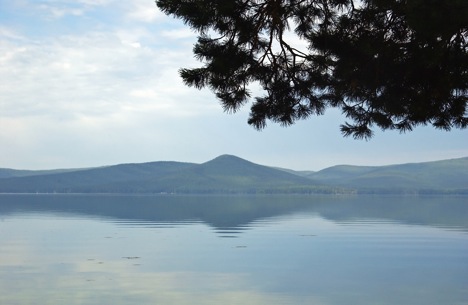 The city of Khabarovsk, in Russia’s Far East, overlooks the mighty Amur River which separates Russia from China. South of the city center, locals relax on a long sand beach on the Amur in summer. Khabarovsk has one of the best-developed waterfront districts in eastern Russia. A riverside promenade, Ulista Naberezhnaya, runs alongside Khabarovsk’s beach by a peaceful park with a few museums.

The Hotel Parus (Ul. 5 Shevchenko) is within easy walking distance to the beach. Standard rooms cost $170 a night. 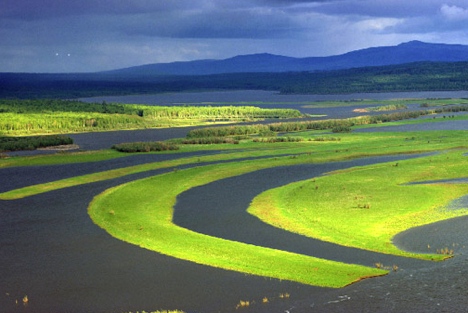 The city of Petrozavodsk in the Karelia Republic of northwestern Russia rests on Lake Onega, the second-largest lake in Europe. Petrozavodsk is a great base to explore the region’s numerous lakes or see some of Russia’s finest wooden architecture on Kizhi Island.

The travel agency Around.ru in Petrozavodsk (32-a Ul. Suoyarvskaya), offers windsurfing classes on Lake Onega from June through August. Courses cost $115-400, depending on duration and skill level. Alternatively, you can rent windsurfing equipment for $15 an hour, or kick back on the beach and work on your tan by the surf station. 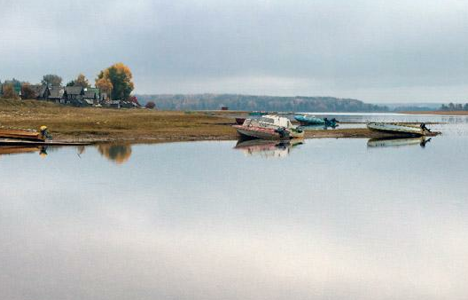 The Kola Peninsula in northwest Russia juts out into the White Sea. Far from a typical beach holiday destination, most of the Kola Peninsula rests above the Arctic Circle and consists of a rugged coast where you can find amethyst stones.

During summer, the sun shines over the Kola Peninsula almost 24 hours a day. Kola Travel can arrange a three-night retreat on a remote stretch of coast on the Kola Peninsula. Guests stay in cabins with access to a sauna and views of the midnight sun. 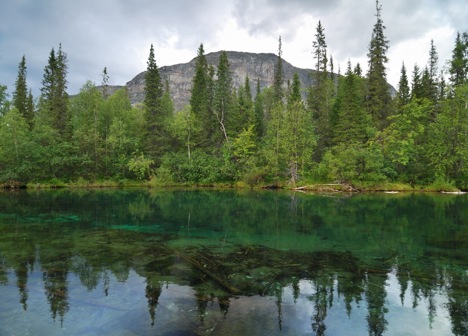 6. The Gulf of Finland

The northern coast of the Gulf of Finland features sandy beaches flanked by pine trees and becomes a major summer beach destination for residents of nearby St. Petersburg.

The small village of Repino is one of the best places on the Gulf to spend a few days on the beach. Repino has a number of hotels, including the luxurious Residence Hotel and Spa (1 Ul. Vokzalnaya, $200 for a double room). While in Repino, visit the house museumwhere painter Ilya Repin once lived. Irina Panina, a private guide in St. Petersburg, can arrange a tour to Repino. 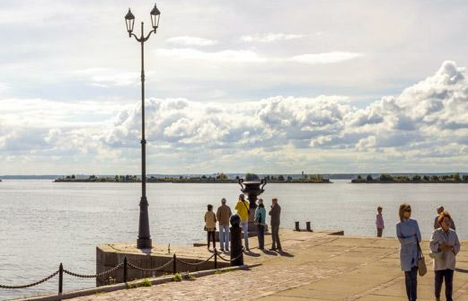 The city of Vladivostok on the Sea of Japan marks the end of many summer trips across Russia on the Trans-Siberian Railroad. Located at the end of the Muravyov-Amursky Peninsula, Vladivostok is a jumping off point for some of Russia’s southernmost islands which contain many beautiful sand beaches.

The islands of Popov and Reyneke, off the coast of Vladivostok, each have pristine beaches that beckon locals and travelers alike during the summer. The Travel Agency, Miracle Travel, can arrange a day trip to Popov Island between July and September. 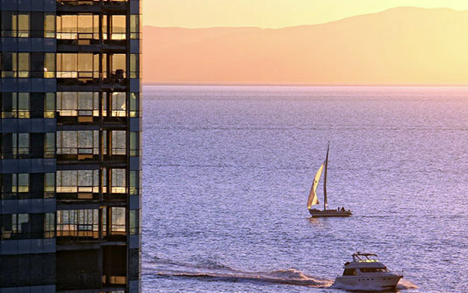 Long known as Russia’s premier beach town, this city on the Black Sea became known the world over when it hosted the 2014 Winter Olympics. Sochi witnessed a massive building boom before the Olympics, but it’s still a great place to relax on the beach.

The Marins Park Hotel in Sochi has rooms for $100 a night and is located right between the city park and the sea. You can fly to Sochi from most major Russian cities. With advance planning and flexible dates you can get roundtrip flights to Sochi from Moscow or St. Petersburg for $300. 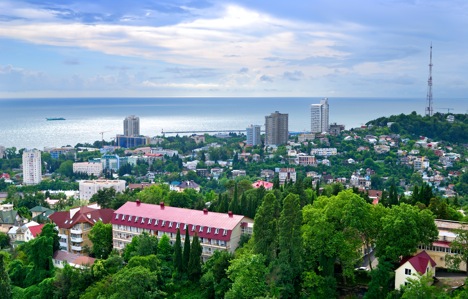 Lake Baikal, in Eastern Siberia, contains one-fifth of the world’s fresh water and is the deepest lake on earth. Most travelers visit Listvyanka on the western side of the lake, but the eastern shore of Lake Baikal has far nicer beaches with fine sand. The village of Ust-Barguzin is a great place to soak up the summer sun. UU Hostel in the nearby city of Ulan-Ude offers a three-day tour that stops in Ust-Barguzin ($200-$650 per person depending on group size).

The Eastern-Siberian Inland Navigation Company runs ferries from the city of Irkutsk to Ust-Barguzin ($135). The company’s website offers a comprehensive ferry schedule. 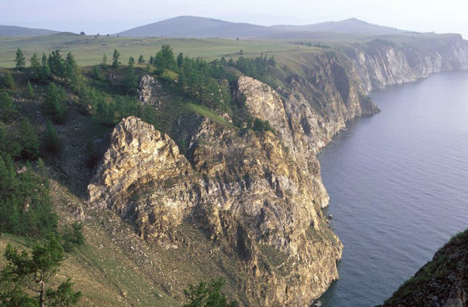 2. The Volga River on Samara

The historic Russian city of Samara rises from the banks of the Volga, Europe’s longest river. Samara has a wide sandy beach on the Volga that is very popular with locals during summer where you can sunbathe, swim, get a snack at the beachside cafes, or play volleyball.

If sun and surf aren’t your thing, take a stroll along the beach on Volzhsky Prospekt and stop to get a cold beer at the famous Zhiguli Brewery (4 Pr. Volzhsky). The beautiful Bristol-Zhiguli Hotel (111 Ul. Kuybysheva) is just a few blocks from the beach. Rooms start at $100 a night. 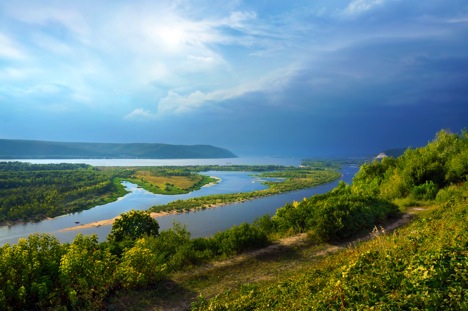 Just north of the Russian city of Kaliningrad lies the Curonian Spit, a 98-kilometer peninsula on the Baltic Sea that features rolling sand dunes and isolated beaches.

You can visit the Kurshskaya Kosa National Park, at the southern end of the Curonian Spit, as a day trip from Kaliningrad or stay at the Altrimo hotel (11 Ul. Porganichnaya, $100 a night) in the coastal town of Rybachy. Swena Tours in Kaliningrad (Ul. 2 Universitetskaya, office 404) can help arrange a trip to the coast. 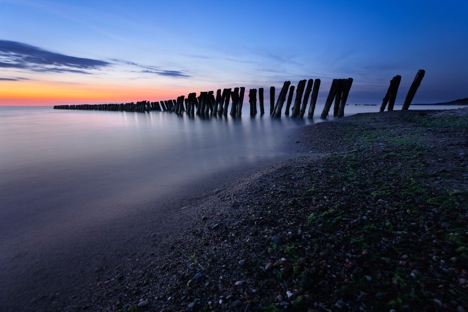