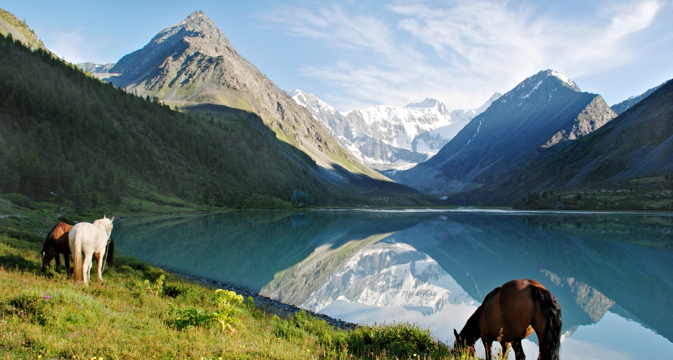 The Altai Mountains, considered by some the “Green Pharmacy” of the earth and the “lungs” of the planet, stretch over some of the cleanest and most unpolluted areas in Russia.

As a result of its remote location, Altai’s nature has been well preserved. Nature reserves comprise 20 percent of the Altai Republic territory, and 126 natural monuments are also located in the area. Mountain lakes here remain crystal clear, while forests, dotted valleys and mountain slopes make the air truly salubrious. Thanks to the careful protection of nature in Altai, rare medicinal plants still grow in the area.

The Altai Republic lacks a railroad. Therefore, to get to the Altai Mountains, you must first travel to, for example, Barnaul, Novosibirsk, or Biysk, and use cars or vans. The transport company “Altai Transport” has its own passenger vehicles, including all-terrain vehicles, and transports both tourist groups and individual tourists and vacationers to the Altai Mountains from Gorno-Altaisk, Biysk, Barnaul, Novosibirsk, Tomsk, Omsk, Kemerovo, and Novokuznetsk. Telephone: 8-913-245-1333, 8-913-369-8018 E-Mail: altaitransport@mail.ru

Before leaving on your trip, you should know where to go. The largest part of the Altai mountain range crosses the territories of the Atlai Republic and Altai Territory - administrative subjects of Russia that are often confused with one another. The locals are not fond of this confusion, therefore it is worth making a minimum effort to remember that Gorno-Altaisk is the capital and only city in the Altai Republic, located just south, while Barnaul is the capital of Altai Territory, where the closest airport is located - you most likely will arrive there if you decide to travel to Altai by plane. There is no transportation by rail, so getting to this hill country is possible only by plane or by car - from Barnaul to the mountains you must travel by bus. In general, the centre of the Altai Republic, Gorno- Altaisk, is the transit point to the Altai Mountains.

The Altai Republic is located at the heart of the centre of the Eurasian continent. Though it is far from the largest administrative unit of Russia, its size is comparable to Portugal, Jordan, and Hungary. Roughly 200,000 people live in the area, and are mostly ethnic Russians and Altai people. Altai people are considered ancestors of modern Turkic peoples, including Tatars, Yakuts, Uzbeks, Azerbaijanis - Mesopotamian Sumerians used expressions and words found in the Altai language as early as 3000 B.C. 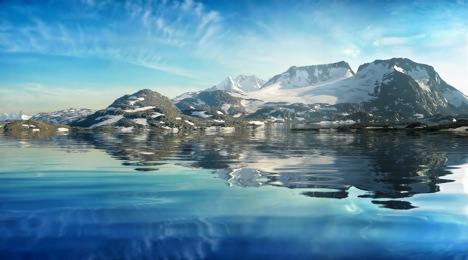 Mountains reflect in the water of lake. Source: Shutterstock

Altai, as one of the few places in the world in which a unique type of oral folklore endures, is a place of storytelling. Storytellers, known in Altai as kaichi, perform their work through throat singing, with accompanying music on the tapshure, a two-stringed musical instrument. Kaichi sing both folk songs and heroic epics - known as kai. Do not miss the chance to listen to kaichi, as they are very impressive. The longest kaichi performance can last several days.

The Expeditions of Nicholas Roerich

The first tourist to Altai was the Russian artist and philosopher Nicholas Roerich - he arrived in Altai in 1926. In the village of Verkhny Uimon (which in the local language means ten wisdoms), the house of local resident Bartholomew Atamanov, where Nicholas Roerich set up his headquarters, is now home to a museum for the artist. Bartholomew Atamanov was repressed during the Soviet era and his estate was recovered as a museum only in the 1990s.

Kerzhak believers still reside in the village of Verkhny Uimon, as they fled to Altai from persecution in the region of Nizhy-Novgorod during the eighteenth century (the name Kerzhak originates from the Kerzhenets River). The Kerzhaks were one of the first Russian groups to settle in Siberia, and they maintained an indoor way of life with strict religious rules and cultural traditions. Deserters from government duties also settled with the Kerzhaks, and they formed a group of Altai masons, known as the Highlanders. 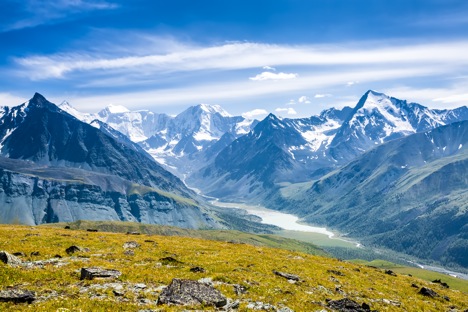 According to Roerich, who studied the culture of the Old Believers, here, in the valley of the Bukhtarma and Katun rivers, lies the legendary country Belovode, the Slavic Shambala, the “land of freedom” from Russian folktales. After the death of Roerich, one of the peaks of the Altai mountains was named in his honor. Today, climbing to its top by horse costs about 1000 rubles. Many tourist facilities in Altai offer horseback riding and hiking for one or more. It’s hard to be bored in this beautiful landscape: wherever you go you will find mountains, rivers, waterfalls and ancient forests to explore.

In his diaries, Nicholas Roerich wrote that during the Great Migrations, Altai played a key role as a transition point for a variety of nomadic peoples on the continent. In prehistoric and likewise historic times, according to Roerich, Altai was like an “unopened treasure.” The Pazyryk Burials are one part of this treasure trove, with its Scythian tombs for tribal chiefs that date from the 5th to 2nd centuries B.C. Because of the conditions prevalent at altitudes of 2000 metres such as permafrost, perfectly preserved mummies can be found in graves - one body is so well preserved that complex drawings are visible on its skin, which is the oldest example of a tattoo in the world. Additionally, each of the three-metre burial mounds preserved vehicles, patterns, and textiles, including the world’s oldest carpet. Most of these discoveries are exhibited at the State Hermitage in St. Petersburg.

Close to the Pazyryk Burials is the Katu-Yaryk pass (in Altai: dangerous place) - the pass was build with record speed: only three bulldozers were used over three summers. The slope of the mountainside of Katu-Yaryk reaches 70 degrees. Traveling through the pass allows one to reach the southern region of Lake Teletskoye, a UNESCO World Heritage Site comprised of the Golden Mountains of Altai. 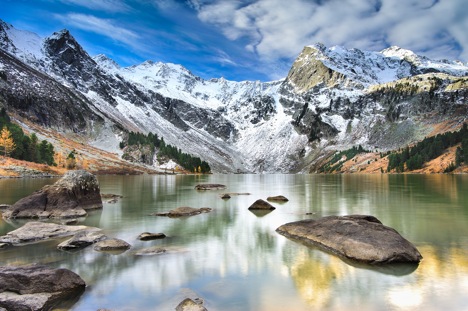 Many rivers empty into Lake Teletskoye - a miniature Lake Baikal - but only one river flows out of the lake, Lake Biya. Even in the summer, the water temperature does not rise higher than ten degrees. Holding nearly forty cubic kilometers of practically distilled water, Lake Teletskoye is one of the fifteen deepest lakes on the planet (its depth reaches 325 meters). The lake has not yet been disturbed by tourists, and Teletskoye’s main contingent includes tourist-fishermen. The lake is not too large and can be circled in one day. Its water is clear and the air is clean. Sport hunting and fishing are permitted, but not in the reserves. Almost all of the eastern part of the Altai Republic is occupied by the Altai reserve, one of the largest in Russia. The territory contains 1290 species of plants, 73 species of mammals, 300 species of birds and 1190 glacial lakes.