5 Russian lakes to search for monsters 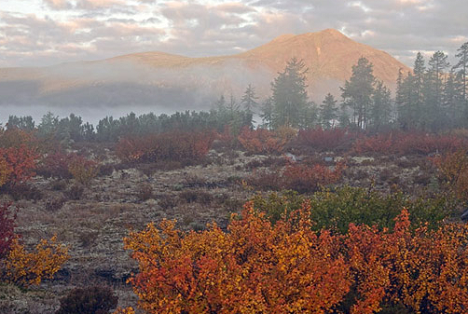 Deep-water dives in the icy, Siberian depths of Yakutia’s Lake Labynkyr have sparked “Loch Ness Fever” in every watery corner of Russia. RIR looks at expeditions and legends that surround some of Russia’s strangest waters.

This was one reason why salt extracted from the lakes in hundreds of tons each year was considered the best in the land and delivered to the table of Russian Empress Catherine the Great.

This salt retains a pale pink color, along with the faint tang of raspberries. The color and aroma of salt in these waters are due to tiny crustaceans called “ Artemia .” When they die and decompose, they give a unique fragrance to the salt water. These crustaceans are a favorite item in the diet of flamingos.

Credence for the legend of these lake lizards is strengthened by the lake’s unusual depth: at 41 meters (134.5 feet) it is the deepest lake in the Tver Region. The decaying detritus on the lakebed, which causes bubbles of hydrogen sulphide to rise to the surface, also adds eerie believability to the story. From a distance, the bubbles give the impression of something moving in the middle of the lake.