Travel to Vladivostok: the world’s edge 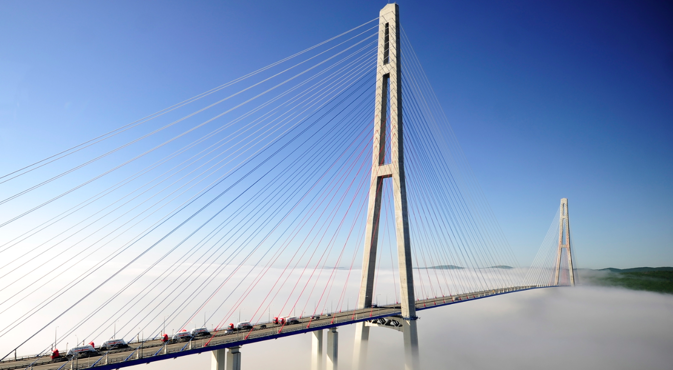 TASS/Yury Smityuk
It is important to get it right when you travel to the edge of the world. To honour the farthest eastern city’s local tourist bible, "Globus Vladivostoka" (The Globe of Vladivostok), RIR has created its own spinning globe to uncover the secrets of Russia's only oceanfront metropolis, while avoiding its tourist traps.

The first major Russian city to greet the new day and each New Year is Vladivostok. A huge 9,000 kilometres and seven time zones lie between this city and the Russian capital. National Geographic lists this very cosmopolitan city among the world’s 10 most beautiful ocean front cities. It is common to see sailors from across the world on the streets of Vladivostok, as usual as it is to hear the call of seagulls and to see foreign tourists get in the wrong side of mostly Japanese-made cars. 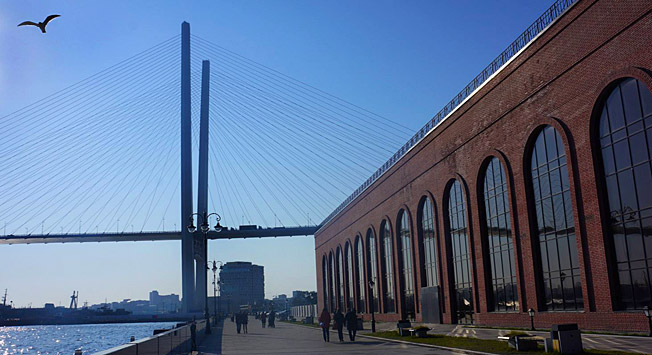 1.The finest time to visit Vladivostok is between early August and end October. Seasons in Primorye are around a month apart from those in central Russia. In July Vladivostok hides its beautiful bridges in fogs thicker than those of London in the winter. Local residents wear waterproof parkas and do not even think of going to the beach. However, in September, the balmy weather often allows for swimming in the ocean and sunbathing. In October, when the trees in Moscow have lost almost all their leaves, the Primorsky region experiences its annual peak of sunny days.

Do not miss the fall colours of Vladivostok; they appear on the multi-coloured sopka hills against the backdrop of the ocean's blue. Winter is not a good season to visit, while Spring is usually long and foggy. 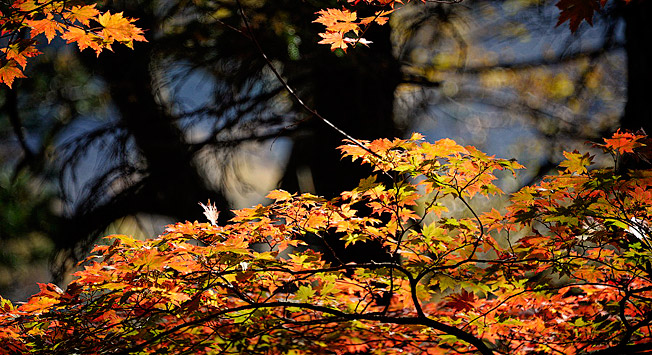 The best way to reach Vladivostok is by a direct Aeroflot flight from Moscow. In eight and a half hours, you are transported to the world’s edge. A flight from St. Petersburg takes nine hours, while flights from Tokyo, Beijing or Seoul are a mere 2 to 3 hours long. Vladivostok's international airport is located near the Knevichi village, 38 kilometres away from the city. Aeroexpress trains (most frequent for morning arrivals) take passengers directly to the city centre in 45 minutes. Keep an eye out for the spectacular view of the bridge over the Zolotoy Rog (Golden Horn) Bay along the way. 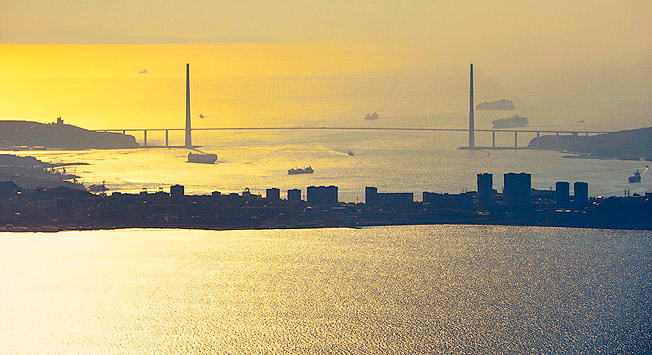 3. Packing tips: to get off to a good start with the city take the most comfortable running shoes and boots you possess; they will help you negotiate the steep rise and slopes of the “Russian San Francisco.” Don't forget a knitted hat, thin thermal innerwear and a waterproof and windproof jacket to withstand the piercing ocean winds. Take your bathing suit just in case the local climate turns on its charm and surprises you with warm weather. If interested, take some hiking or surfing equipment along when you pack, but leave the surfboard at home – they are easy to rent in Vladivostok.

4. Azimut Hotel Vladivostok is a good place to stay in the city center. Conveniently located close to the main city lighthouse at Egersheld is the Hotel Zhemchuzhina, a budget option that is popular among travelers. An interesting alternative for those that want to immerse themselves in local life is the Teplo Hostel. It has guests ranging from marine engineers to international adventure travelers who gather for dinners in the common living area, which features a fireplace and bar counter. 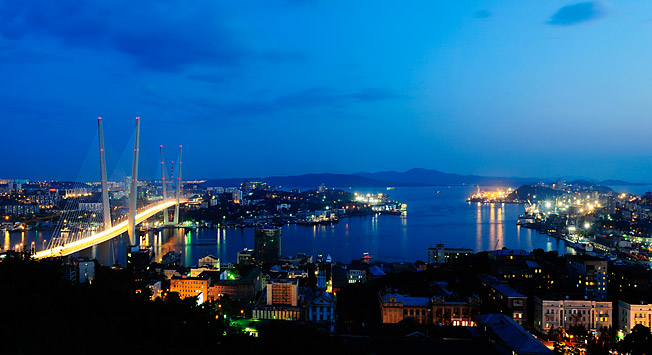 5. Explore Russky Island by car? Before renting a car to explore the beaches of the Shamora district, hug forest deer and watch tigers in the Primorsky Safari Park, or take a look around the secret bays of Russky Island you should be aware of one of the city’s charming paradoxes – unlike the rest of Russia, cars here drive on the right side of the road, and their steering wheels are on the right side as most cars are imported from Japan. This paradox is described in novels and is even the subject of a planned monument. Believe me, it is better to take a taxi. Taxi services can be reached at  8(4243)511115 and 8(4232)730073. Rides start at 250 rubles ($4); it is not common to tip to taxi drivers. 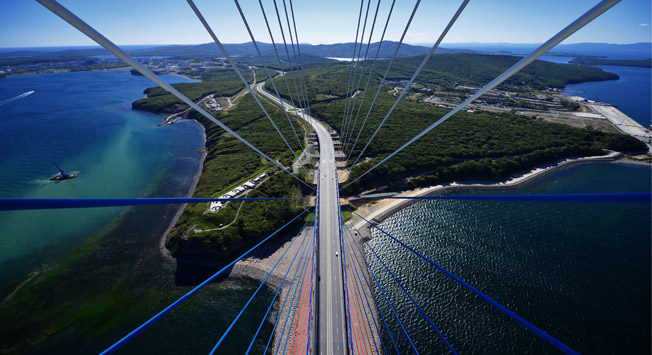 6. The best things in life are free, including sea views. The majority of Vladivostok's sights are available free of charge. The pedestrian bridge over the Zolotoy Rog Bay and the lighthouse on Egersheld Peninsula are best to visit when the weather cooperates. Otherwise the heavy wind could blow you off the bridge and the lighthouse might not be reachable as the string of land connecting the peninsula to the city might be underwater. Other things you can do for free are borrow a few Russian literary classics from the public library in Sukhanov park, take a selfie with the monument to the deep-sea sailor wearing bell-bottomed trousers and holding the new Led Zeppelin album under his arm and sit on the favorite bench of Eleanor Prey, an American woman who was in love with Vladivostok. 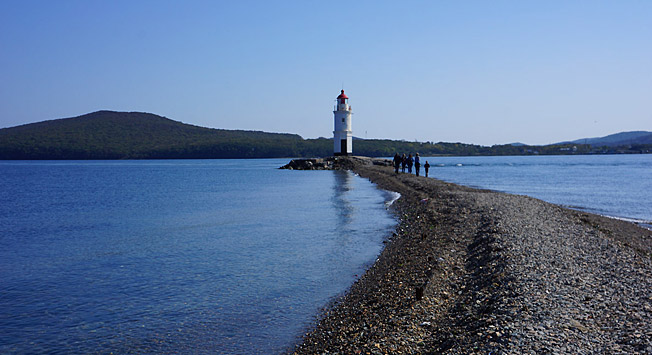 An important part of every Vladivostok visitor's memories is the sea views. The beauty of the city's viewpoints and embankments defy easy description, but the best place in the city for breakfast or lunch with a sea view is the Green Cafe on the top floor of the Clover House shopping mall. Order a fresh fish sandwich and watch the Ferris wheel near the beach and ul. Admirala Fokina (the local Arbat) go around. 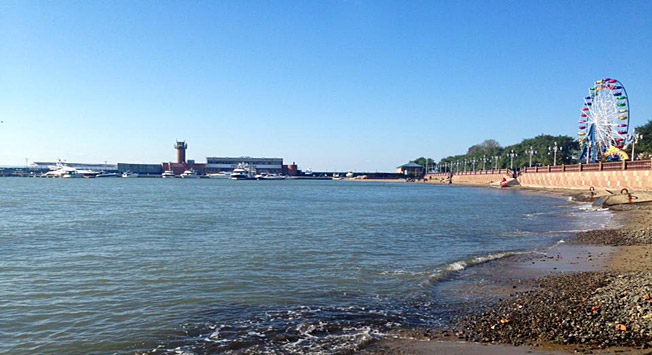 7. Noodles from the locals. Vladivostok has accumulated the most nourishing and flavorful parts of the different cultures that make up its whole. To dine on seafood, fine wine and affordable luxury go to Moloko i Med (Milk and Honey) near Sukhanov park. You can't leave Vladivostok without trying “pyanse” (steamed buns stuffed with cabbage and meat), a local street food take on a popular Korean traditional dish. It has become so popular here that this phenomenon has even reached Moscow. The best place to buy pyanse is at the stalls near Clover House shopping center, while travelers seeking the best noodles to go can find them at the New York Street Food stall near Sportivnaya Bay. 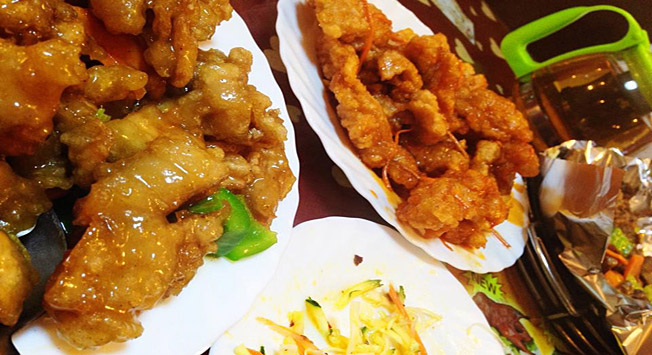 Few know that Vladivostok is a heaven for coffee lovers – coffee shops offering quality roasted drinks for reasonable price and accompanied by friendly service are to be found on almost every corner. Try Koffetoria located in a historic building near the bridge crossing Zolotoy Rog Bay and for a worthy local alternative to Starbucks try the Pirate Coffee chain featuring a sailor girl on its logo.

As for bars, the best bar-hopping route would be Rocks Bar – where the bar counter and not just the cocktail, is set ablaze when you order a B-52 (watch your hair), followed by Bar21 and then Whisky Bar. Bar Druzhba and Cuckoo Club are other decent options. Despite being the hometown of the famous rock band Mumiy Troll, most locals would not recommend stopping in the bar named in its honor.

8. Updated gift guide. The best souvenirs with the symbols of Vladivostok can be found in the Arsenyev Museum (note: they do not accept credit or bank cards). Get a rare vinyl record from the Kontrabanda store at 12A Aleutskaya ul. or a real navy uniform detail such as an anchor symbol from the military souvenir stalls on ul. Admirala Fokina. Be careful with edible gifts. It is probably best to buy seafood directly before your flight in special stores at the airport. When checked in your baggage this “souvenir” food can put your belongings over the weight limit, so it is better to put it in your carryon luggage. They make things easy for you at the airport’s stores: you will be given a special thermo bag for storing and carrying your purchase.