Russian-US reload beyond the politics 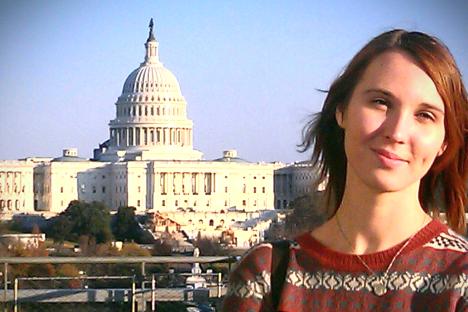 The whole first week of my internship in Miami, Florida, was spent listening to the same old chestnuts. Knowing that I was a journalist from Russia, my American colleagues were relentless: is it true that Pussy Riot... that Putin... that censorship...? Let me point out that this was not my first time in the States. My periodical trips to Europe and previous visit to America had taught me not to raise an eyebrow at the frequency of such inquiries. There is nothing at all to be surprised about. The media-constructed world lives out its life in people's minds and even resembles reality on occasion.

Questions that the media have long since addressed are, in most cases, only raised again to have the answers confirmed. It is a trait of Americans and Russians alike. In the U.S., no matter how much you assert that the Pussy Riot dames are not musicians, and a long way from being dissidents, the response will only be a condescending smile. And just try to say in Russia that the State Department does not sponsor Russian oppositionists and you'll be just as successful. Any deviation from the line promulgated by the mass media and entrenched deep in the public consciousness only provokes suspicion. It causes discomfiture, and is even perceived as a threat to one’s safety.

Speaking of safety... My internship at the Miami Herald was in full swing when news arrived of the school massacre in Newtown by a 20-year psychopath. What can I say? Shocking, dreadful. And a particular tragedy for U.S. citizens, so confident in their security, both national and personal. That day, my landlady in Miami asked: "What do people in Russia think about America when such things happen?" What answer can I give? "We have too many problems of our own to spend time judging others. We'll just grieve with you.”

Times like these, in my view, give Russia and America a real opportunity to become closer — not the politicians, but the people. Many things are seen in a different light though the lens of compassion. Yes, our psychopaths have a slightly harder time getting their hands on assault weapons. Yes, we don't have such a bloody-thirsty gun lobby. But we have able-bodied people capable of wiping out the population of an entire village. We're not short of corruption, either. Society lacks a true sense of security. Need I go on?

There's unlikely to be a sacred meaning buried in this macabre rivalry. Rather something far more simple and humane. It is what makes like-minded people from Russia and America become friends once they veer off politics. I cherish the meetings and conversations I had with my new American acquaintances. And I am sure that the "reset" in U.S.-Russian relations is not playing out in the wings of the State Department or the Kremlin, but in American homes and Russian apartments over an international dinner and a glass of wine. Such evenings offer hope that the real world will prevail over the Cold War tone of newspaper articles.