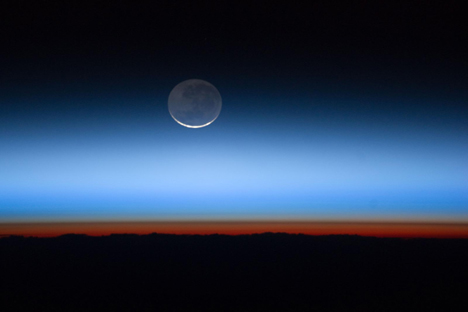 Once the leading space faring nation, Russia is reduced to ferrying cargo for other space agencies. Do the Russians have it in them to make a spectacular comeback?

It seems all bets are off India and Russia taking the Chandrayaan II flight to the moon. The original plan was that a Russian lunar lander would ride on the Indian spacecraft to be launched in 2015. But the failure of Russia’s Phobos-Grunt mission to Mars killed that idea. The Russian lander, which was to have flown on the second Indian moon mission, was to have been tested on Phobos-Grunt. With the failure of its Mars mission, it was unable to give any commitment to India about the lunar lander.

Russia had no Plan B. India, therefore, decided to go it alone, in the process depriving both countries of a spectacular tango in space.

Any news is bad news

There is very little good news spinning out of the once celebrated Russian space programme. It is ironic that the country that put the first lander on the lunar surface more than 46 years ago is unable to get its Mars lander past earth orbit.

Last November, Russia’s space agency, Roscosmos, temporarily lost contact with all its non-military satellites as well as the International Space Station because of a vital cable cut.

Another bizarre case is Baikonur, Russia’s space gate in Kazakhstan. It is a Russian-speaking city operating under Russian law, with a Russian police force, but last month the head of the Kazakh space agency asked his country’s parliament to curtail the number of space launches from the spaceport. It remains to be seen, if Russia will pack up and leave the cosmodrome that sent Yuri Gagarin into the history books.

Earlier this month, a Zenit rocket owned by Energia Corp, in which Russia has a majority stake, lost a billion dollar Intelsat satellite.

The reason why Russia's space programme continues to remain in the limelight is that it provides the only manned link to the International Space Station. Also, Russia leads the world in the number of commercial launches and its services are used by other nations to put up both private and military satellites. One third of the Russian space industry’s funds come from these two services.

However, Russia’s role as a cheap ferry to the International Space Station and as a heavy lifter – it once launched eight satellites on one rocket, a feat surpassed only by India, which launched 10 satellites in one shot – does the Russian space programme a great disservice. While other nations are sending enter-planetary missions, Russia is operating in a low-tech environment.

Such a role is also plain dangerous for the long-term health of Russia’s space programme as other countries will eventually develop heavy lift rockets and quite possibly price Roscosmos out of the market. For instance, India’s first moon mission cost just $80 million, where a similar mission cost NASA over $700 million. A Russian mission would cost somewhere in between so there’s no way it will be able to compete with India or China in the space launch slugfest.

Also, unlike the American Apollo lunar programme, which gave the world commercial spinoffs like Teflon and Velcro, the Soviet space programme created none. “The government lavished money on the space industry. In return, it was supposed to stun the world with tangible results, regardless of the price,” writes Konstantin Bogdanov, Russian military commentator. (http://en.rian.ru/analysis/20110401/163324373.html)

Dimitry Rogozin, Russia’s Deputy Prime Minister, has said the country will develop a large base on the Moon. This is exactly what Russia’s aimless space programme needs – a new direction. “Russia has traditionally demonstrated success in large-scale, top-down projects with clear goals,” says Vidvuds Beldavs, President of Kaija Consulting, a Latvia-based consultancy.

“Only Russia rivals the United States in the experience and infrastructure required to launch an ambitious space programme,” says Beldavs. “Also, Russia does not have the same political limitations as the US where a significant expansion of the space programme could not be sold to voters already frightened of budget deficits.”

The payoff for Russia would be huge. NASA’s Apollo programme spawned technologies in computing, microchips and software that led to today’s IT revolution. These industries have created value thousands of times over the cost of the lunar missions. Similarly, an ambitious new space programme to mine the natural wealth of space would spur new technologies that would find commercial applications on Earth.

“Moreover,” argues Beldavs, “Russia’s comparative advantage in space permits it to move ahead of others lacking the scientific infrastructure required to quickly realise this path toward technological innovation and economic growth. In short, the answer is for Russia to lead the world out of the crisis of this era by going ‘back to the future’.”

If Russia builds a base on the Moon, it would create another “Sputnik moment” that can lead to an extraordinary advance in technology development that would benefit the entire planet.

Space on a budget

In the 1970s when Anatoly Basistov was asked to build a missile-defence system to protect Moscow, he told the Soviet leadership that he was unable to develop a system that would completely shield the city from nuclear warheads.

“Basistov was horrified to realise that if he said he could do it, the Politburo would provide him with however many billions from the budget, without giving second thought to what else the money could be used for,” says Bogdanov.

But that was the Russian logic of the late 1970s. Today’s Russian scientist will have to live under more parsimonious budgets.

Roscosmos has announced it would launch a craft called Luna-Glob (Moon-Globe) in 2015 from Vostochny, a new cosmodrome being built in the Russian Far East. The half-tonne craft will include an orbital module and a probe, which will land on the lunar surface and send back information, including data on surface samples.

The more exciting news is that Roscosmos has set a target of 2030 for the completion of a manned mission to the Moon, along with a space station orbiting the Moon and the dispatch of robotic craft to Venus, Mars and Jupiter.

Also, the completion of the Vostochny cosmodrome would make Russia immune to any blackmail over Baikonur.

Time to catch up

Concerning the failure of Phobos-Grunt, former cosmonaut Georgiy Grechko told Interfax, “We last launched such a sophisticated system some 25 years ago. Think what the 25 years mean for the space industry. A shift of generations occurred.”

Having lost valuable time and irreplaceable talent over these decades, a tectonic shift is now needed to lift Russia’s space programme.