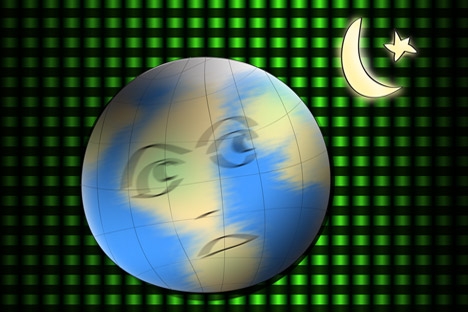 India takes the long term view that Egypt is the charioteer of the Arab world and the Muslim Brotherhood has offshoots in many countries in the region.

The proposed visit by the Egyptian President Mohamed Morsi to India next month is a notable foreign policy initiative by the government, which has been tiptoeing around the Arab Spring for the past two years. The reticence borne out of lack of clarity is giving way while thoughts and reflections began crystallizing.

The choice of Egypt’s Morsi as the interlocutor – rather than, say, Prime Minister Hamadi Jebali of Tunisia, where after all it all began – underscores that this is not a random engagement. But for scheduling problems, it seems Morsi would have been the guest of honor for the Republic Day. In sum, Morsi’s Egypt is the engaging concern.

The audacity of the engagement is evident from the timing since Egypt is caught in the throes of great turbulence and the consensus view is that the plot is still unfolding. But, as Foreign Secretary Ranjan Mathai noted last week, India empathizes with the “historical basis for the democratic upsurge” in Egypt, which parallels with India’s own “national resurgence.” He counselled patience and not to rush into unkind judgments, since Egypt is coming out of a long period of political stagnation when democratic expression was suppressed, “so there is a learning curve to be climbed.”

The point is, Egypt is putting in place a new system and structure of governance and one election doesn’t make democracy – “it is only through repeated elections that the democratic roots are laid down; when people look to interests and broader aspirations beyond slogans and religious appeals.”  What makes India hopeful is that ultimately, responsive governance is possible only in a climate of stability and, therefore, the challenge facing Morsi’s Egypt is “to find a way of navigating the short term.”

The core issue, therefore, is not the surge of ‘Islamists’ as an outcome of the democratic process, but whether the ‘Islamists’ would dominate the political space or share it in democratic manner with other more secular political actors? Mathai noted: “It is in our [India’s] interest that democracy stabilizes and brings the religious and secular forces into an evolutionary framework… above all democracy means submitting government to popular will at the end of the term; and meanwhile governance in accord with the freedoms that make participatory democracy meaningful.”

Clearly, India’s approach echoes in some ways the stance taken by the United States (where, ironically, Presdient Barack Obama faces furious onslaughts by critics who blame him for ‘losing’ Egypt.) Suffice to say, India too takes the long term view and factor in that Egypt is the charioteer of the Arab world and the Muslim Brotherhood has offshoots in many countries in the region, which are straining to gain democratic legitimacy. Indeed, Morsi’s Egypt is eager to reclaim its leadership role, which it abdicated under Hosni Mubarak.

New Delhi has taken note that Egypt has raised its diplomatic profile in the short period that Morsi has been in power. His choice of China for his first visit abroad, ambivalences in the Muslim Brotherhood’s equations with the GCC countries, the Brotherhood’s affinities with Hamas, thaw in Egypt’s ties with Iran, the ambiguity that has crept into Egypt’s alliance with the US and Israel – these engage India’s attention.

Although India’s bilateral relations with Egypt are not exactly dense in the sphere of trade or investment and invisibles and despite the meagre Indian presence in Egypt, the implications of the unfolding developments in that country for regional and geopolitics cannot be overlooked. A strong undertone of rivalry and resentment imbued at times the Egyptian attitudes toward India during the Mubarak regime when provided the bulwark of a particular vision of security in the region.

Thus, the role of Morsi’s Egypt in the reform of the United Nations impacts India’s vital interests. Of course, is there scope to bring Egypt into the IBSA grouping? At the end of the day what Delhi’s decision to roll out a red carpet welcome for Morsi signifies will be India’s openness to the rise of the Muslim Brotherhood in Egypt as an expression of the democratic will of the people of that country and its conviction that the Arab Spring is quintessentially a movement for democracy.

The writer is a former ambassador.