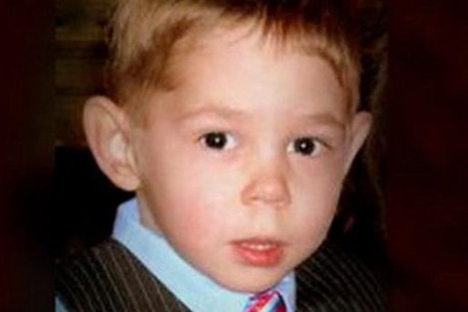 Back in Moscow today after a few days away, I find myself distressed about a number of issues surrounding a tragic death in the United States. Since many in the press, on social media, and in parliament have asked for my opinion on this matter, I thought I would share some initial reactions here.

Most importantly, as I said publicly days ago, I was deeply distraught to learn of young Max Shatto’s death. My sorrow over this tragedy has nothing to do with the fact that Max was an American citizen, a Russian, or an adopted son, and everything to do with the death of a young boy.

I also am concerned by how the legal system in my country is being portrayed by some Russian commentators. When a tragic death occurs, all societies, including my own, demand answers and accountability. And that is exactly what the responsible authorities in Texas are doing right now. As law enforcement professionals, they are conducting a thorough investigation to discover exactly what happened to Max.

As they do so, they are abiding by a very important law and norm in American society - the idea that one is innocent until proven guilty. As they complete their investigation, there is every reason to believe that we will learn the facts in this tragedy, and if necessary, justice will be sought.

I also am troubled by how American diplomats are being portrayed by some in comments I have read in the Russian press. From the moment we in the State Department learned about Max Shatto’s death, we have worked closely and quietly with Russian diplomats in Moscow and Houston to provide consular access to Max’s brother.

Russian diplomats called our State Department representative twice over the last week to express appreciation for the excellent cooperation. I personally have been engaged in facilitating contacts and providing information, as have many others at the highest levels in my government. I also would like to express my gratitude to the Russian government for working closely and professionally with us when we must deal with cases of American deaths in Russia.

U.S. Ambassador McFaul explains why he will not attend Duma hearings on adoptions

It's too early to speak about cause of Maxim Kuzmin's death - U.S. consul

Some in the press are portraying me as unwilling to engage with Russian officials or the public on these issues. As a worldwide practice, American ambassadors do not testify before foreign parliaments when summoned to do so. Yet, I am always willing to meet with anyone on any issue, including Duma deputies, if the objective of the meeting is to advance understanding between our two countries.

I believe firmly in engagement, openness, and transparency. In my willingness to meet with everyone in the Russian government and society, in doing numerous media interviews, and in my daily engagement with Russians on Twitter and Facebook, I think I have made clear my commitment to these principles.

Finally I am troubled by how my people and my country are being portrayed by some in the Russian press. Like all countries, the U.S. has citizens who commit heinous crimes. Tragically, some Americans have abused their children. Because my wife worked at an organization called the Family Violence Prevention Fund for many years, I am all too aware of the kind of violence that haunts and destroys some families.

But I also know that the overwhelming majority of American parents provide loving and safe homes for their children, irrespective of whether they are biological or adopted, or were born in the U.S., Russia, or elsewhere. I am saddened and appalled that 20 children adopted from Russia over the last two decades have died.

But I am proud that more than 60,000 other children adopted from Russia have had the opportunity to enjoy loving parents, new families, and countless opportunities in America. I have met some of these kids, and their stories of renewal and success are simply amazing.

And their stories are also part of the real America that I know and love. Just as it troubles me to see unfair stereotypes of Russians and Russia in the American press, it pains me to read these inaccurate portrayals of Americans and our values by some in your media.

It is time for sensational exploitations of human tragedy to end and for professional work between our two countries to grow, on this issue and many others. I personally, and our entire Administration, remain eager to work with all in this country who seek to develop our bilateral relations based on common interests and mutual respect.