Can the BRICS rule in a world without the West? 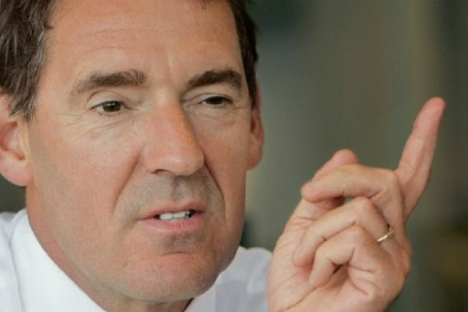 Jim O’Neil, the Goldman Sachs economist, who coined the term BRIC, has walked away into retirement, but the alliance he allegedly sparked remains standing. How realistic are its chances of establishing a new world order?

For a little more than three hundred years the West has set the rules and the rest of the world has been forced to play by these rules. By the early twentieth century this hegemony was complete when much of the world was carved up by the European and New World powers. In a few more years, that geography will be history.

A world without the West is not just an idea, it’s inevitable as day follows night. The question is who or what will replace the current system built on the bedrock of colonialism? Will the BRICS replace the United States and its NATO partners or will some other alliance be jury-rigged from the ruins of today’s regime?

A growing trend these days is the legions of detractors who describe the BRICS as an imaginary alliance. At the slightest whiff of stagnation in economic growth in this group, or even a dip in the rupee, real, rouble or renminbi, the obituaries start spinning out. The merest challenge to the United States is dismissed as wishful thinking by upstarts. The shrillest voices are reserved for occasions when there is talk of a BRICS Bank or a BRICS bloc.

The primary missile fired at the BRICS is they can never be a cohesive group. For instance, the five countries cannot even put up a joint candidate for the IMF’s presidency. India and China’s border problems are played up as if war is looming over the mountains. The BRCIS’ incompatibility as allies is a foregone conclusion because they are all of diverse stock – Han, Hindu, Hispanic, European and Black. This is outrageous because the implication is that only a homogenous, race-based alliance like NATO can work.

But start-up problems do not translate into incompatibility. The process of alliance formation is tortured and protracted. Anybody who disagrees should take a look at the American-British “special relationship”, which is apparently founded on racial kinship and a shared world view.

The popular narrative is that a beaten Britain, forced to exit the world stage after WW II and humiliated after the Suez Canal crisis, partnered with the newly ascendant United States, and since then they have had a symbiotic relationship. Or as former British leader Michael Foot less charitably described, Britain became “America’s best poodle”.

Well, it wasn’t always like that. Not in 1930. That year, America drew up War Plan Red and allocated $57 million to launch an all-out war – not against Russia, not Germany, not even Japan, but against Britain and her dominions.

Top-secret papers found in 2011 within the American National Archives reveal details of an American military plan to wipe out the British Army. The plan, which was drawn up in 1930, was aimed at destroying all British forces in Canada and the North Atlantic in order to destroy Britain’s trading ability and bringing the country to its knees.

In places like New York, anti-British feelings were so strong that pro-Hitler rallies were being held openly. Remember, this was just nine years before the outbreak of WW II.

The delegitimisation of the West

At the BRICS meeting held in New Delhi in March 2012, India’s commerce secretary, Anand Sharma, said the group wants “to create a new global architecture”. Brazil has repeatedly and harshly rebuked the United States and Europe for their fraudulent financial systems that have severely dented emerging markets. Russia’s Vladimir Putin has blamed the West for creating “chaos in many territories”.

It is hardly a coincidence that the BRICS are regularly blacklisted by the Western media and academia. As Randall L. Schweller and Xiaoyu Pu of the Department of Political Science at Ohio State University describe in their paper, After Unipolarity, any state that seeks to restore a global balance of power will be labelled a revisionist aggressor.

Because legitimacy is a fundamental element of hegemony, the BRICS are building alternate systems to delegitimise Western authority. “A rising power must delegitimise the unipole's global authority and order through discursive and cost-imposing practices of resistance that pave the way for the next phase of full-fledged balancing and global contestation,” the study says.

After Unipolarity, which mainly focuses on China, says that as the most viable peer competitor to American power, Beijing will play an especially important role in determining the future shape of international politics. “At this relatively early stage in its development, however, China does not yet have a fixed blueprint for a new world order,” assert Schweller and Pu.

In fact, none of the BRICS has a blueprint for their specific role in a new world order. But there is a very clear consensus that the current system grounded in imperialism is past its use by date.

In this backdrop, it’s worth noting that Jim O’Neil, the Goldman Sachs economist, who coined the term BRIC, has walked away into retirement but the alliance he allegedly sparked remains standing. O’Neil only coined a financial acronym, hoping to sell bonds riding on the back of emerging markets. The credit for today’s BRICS should go to former Russian president Mikhail Gorbachev.

Sergey Radchenko, a lecturer in the history of Asian-American relations at the University of Nottingham Ningbo, China, says it was Gorbachev who pioneered the idea of a "strategic triangle" that would bring together China, India and the Soviet Union. The concept behind the triangle was from the outset anti-American and one of Gorbachev's early ideas for winning the Cold War.

“He was later distracted by an improving Soviet-US relationship and by naive hopes of building what he called a ‘Common European Home’. Also, India and China, divided by a history of antagonisms, were not easily drawn to the prospect of a — God forbid — Soviet-led ‘triangle’.

“Yet Gorbachev peddled the idea with remarkable tenacity and by 1988 saw Brazil joining the programme in documents, which, if declassified earlier, would have given Gorbachev, rather than O'Neill, the authorship of the term BRIC.”

An idea whose time has come

And that’s exactly what is true about the BRICS – they are not prepared to accept the Western narrative – whether on Syria, the World Bank and IMF, or the dollar as a reserve currency.

This is a good place as any to talk about the United Nations. Much has been written about Russia and China’s selfishness in not pushing India and Brazil’s case for a permanent seat at the Security Council. Like a rumour that has a kernel of truth in it, this may not be entirely wrong but it is only partly true.

While Indians and Brazilians may feel they deserve to share the high table with the permanent five (the United States, Russia, China, Britain and France) it is like sulking over not being invited to a party that is nearly over. The UN is also past its use by date. The organisation is a toothless bureaucracy that is out of sync with twenty-first century dynamics. It has been misused a number of times to attack Iraq, Serbia and Libya. New BRICS-led institutions may be able to play a better role in solving today and tomorrow’s conflicts.

Also, smaller – but not insignificant – countries have a case before the Security Council. Argentina will go ballistic if Brazil gets a permanent seat; Japan, Germany, Turkey, South Africa and Indonesia each think it’s ready for the job. There will a huge ruckus if Brazil and India are snuck in. At any rate, India’s diplomats are rank amateurs who need to lift their game before they can ply their trade in the Security Council.

Through their economic partnerships and high-octane military spending the BRICS are eroding the unipolarity that exists in today’s world. They also want a bigger say in the economic equivalent of the West’s Rhineland – the IMF and World Bank. But at the same time through their massive infusion of funds to save Europe, they have propped up these institutions and helped preserve the system they are apparently trying to undermine.

The BRICS are a development success story, but they are not yet an international organisation. They don’t even have a permanent secretariat and there are no plans for one soon. The BRICS are primarily engaged in economic cooperation that is creating a prodigious amount of wealth for their citizens. As they say, cash is king.

And as we all know, cash can be kingmaker too.