Driving day and night beyond Baikal 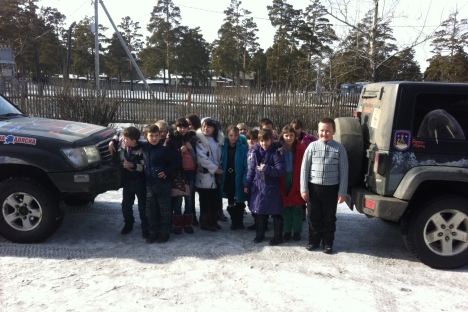 RBTH's Artem Zagorodnov continues to share his off-road adventures during the Expedition Trophy race. This time he talks about the initiative undertaken by the “Our Alaska” team which takes reporters to visit a village school in Russia's Far East.

The morning after our big party, I was informed I would be traveling the next leg of the journey to Khabarovsk with the “Our Alaska” team. As it was very early, I was too tired to react; I mumbled my hellos, climbed onto the giant mattress occupying the back of their car and fell asleep almost immediately (I didn't even notice the person next to me until we were racing across frozen Lake Baikal). 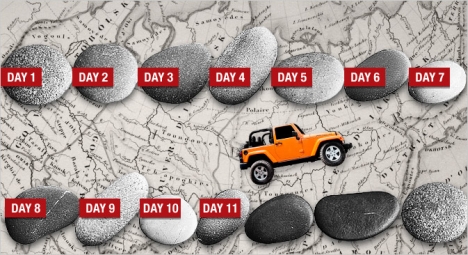 The drive across the frozen lake went off without a hitch and we were soon set on our new targets and getting to know each other. In my jeep, everyone hailed from St. Petersburg: Sergei is a professional photographer who had recently completed a 14-month round-the-world journey on the world's largest sailboat, the Sedov, while Nastya and Bogdan worked at a computer company. 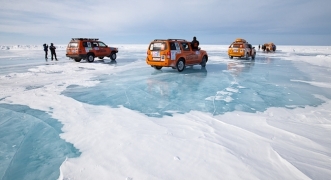 The other jeep was occupied by Daniel, also from St. Petersburg, and Cheslov and Richard, two fellow driving enthusiasts from Poland. Both Poles are engineers turned financial consultants with a strong command of the Russian language and a love of its culture.

As we continued driving day and night into Russia's Eastern regions bordering Mongolia to the South and Manchuria to the East, I soon went back to completely losing my sense of time, a problem that had been temporarily resolved during my rest at Lake Baikal.

As mountains gradually gave way to endless plains, the cities we drove through blurred into a single memory as the road signs went by: Ulan Ude (featuring the world's largest head of Vladimir Lenin), Petrovsk-Zabaykalskiy, Chita... 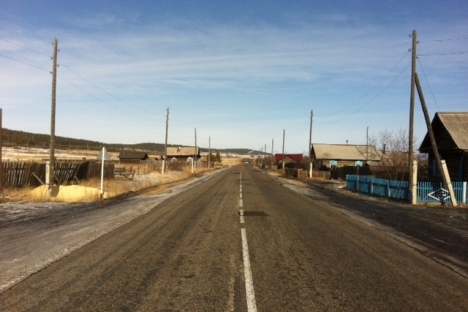 This feeling was interrupted when daylight came and we focused on our next goal: To gain points by visiting as many local rural schools as possible. “When you file your story, you have to ask the organizers what the point of this activity was,” quipped Sergei and we meandered from village to village east of the main highway to interrupt busy classrooms. At each school, we had to ask the local principals to provide an official stamp that we were there.

Like Lemax, Our Alaska had failed to capture one of the space capsules in Kazakhstan. They were also nowhere near as quick as some of the other teams (Cosmos).

Our Alaska had declined to take the difficult route to Khabarovsk--driving parallel to the Baikal-Amur Railway for extra points - because their cars probably would not survive the journey. The team's only hope was to get as many points for navigation as possible without wandering too far away from the main roads. Hence the visit to rural schools.

I read somewhere that politicians in Moscow had claimed that all Russian schools already had access to fast Internet or they would in the very near future. In either case, it's hard to imagine these promises reaching some of the places we visited any time soon. Almost all of the villages had a population of less than one thousand, hence we would go to the only school in town.

The buildings and equipment had clearly seen better days, but provided a stark contrast to the exuberance and curiosity of pupils and teachers at seeing guests suddenly drive into town in jeeps on a journey from Murmansk.

In the village of Cherimokhovo, we found the school all but abandoned save one biology class. The startled teacher told us everyone had gone home for lunch, then dismissed the class to guide us to the principal's home to get that official stamp (the organizers would not accept video or any other evidence of our being there as an alternative). The students didn't complain.

We now have to drive over a thousand miles to drive over the new highway (Chita-Khabarovsk) going over Manchuria to Russia's Far East. Another long one ahead...