Mobster’s paradise: Why Britain remains a haven for the bad guys 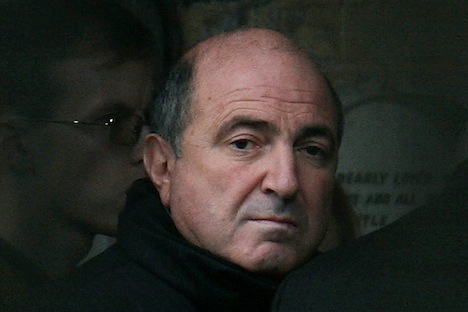 British courts had repeatedly refused to extradite Berezovsky who was convicted in Russia in absentia for embezzlement. Source: Reuters

Cecil von Renthe-Fink is a mere footnote in the pages of history. A Prussian aristocrat who joined the Nazi Party in 1939, Renthe-Fink however has a claim to fame. In August 1943, he drafted a memorandum proposing a European economic union with a common central bank and currency. But there was a caveat – if the new union was to be a success, Britain must be kept out because according to the German diplomat it was “the continent’s ancient enemy”.

Today several nations, especially Russia, would agree with that assessment. With 66,000 of its nationals on the run from justice, and a large number of them having found asylum in Britain, Russia is the most affected by Britain’s policies.

Boris Berezovsky, who was found dead in his London home a few days ago, was the most notorious of these fugitives. British courts had repeatedly refused to extradite Berezovsky who was convicted in Russia in absentia for embezzlement.

It would appear that all one has to do in order to gain British residency is commit a crime in Russia and scoot to the British embassy. Extradition is out of the question because in the eyes of the British media, judiciary and politicians, Russian courts are so kangaroo that extraditing a fugitive would be passing his death sentence. Never mind that Russia has a moratorium on the death penalty and has not executed anyone since 1996.

But Berezovsky was no persecuted victim. Alexander Lebed, the former general turned politician, called Berezovsky “the apotheosis of sleaziness … not satisfied with stealing, he wants everybody to see that he is stealing with impunity”. Forbes-Russia editor Paul Klebnikov wrote in Godfather of the Kremlin: “No man profited more from Russia’s slide into the abyss.” Klebnikov himself was murdered subsequently. The question is did Berezovsky order the hit? “It's conceivable; he certainly was evil enough and unbalanced enough to do it,” Klebnikov’s brother, Peter, told Forbes shortly after learning of Berezovsky’s death.

If providing a soft landing for suspected criminals isn’t bad enough, Britain is a haven for hardened terrorists as well. A prominent London-based Russian fugitive is Akhmed Zakayev. A key figure in the rebel Chechen government, he is wanted for terrorist-related crimes, including murder.

Zakayev has been living a charmed life in Britain since 2002 when English actress Vanessa Redgrave paid his $98,000 bail. “I’m Akhmed’s host. I’m his friend, I’m his guarantor,” Redgrave told the British media. “I think there’s a load of people who care...that there should be peace for the Chechen people at last.”

Two years later Chechen terrorists massacred 330 children after taking 1200 people, mostly schoolchildren, hostage. However, the British, including the likes of Redgrave, refused to have a relook at their special relationship with the Chechen rebels. After all, they were Russian children who were killed.

Interestingly, it now transpires that Klebnikov was killed while he was gathering material for future articles that linked Chechen warlords with Berezovsky. One focus of his was possible links to Berezovsky involving the misuse of Chechnya reconstruction funds, following the second Russian-Chechen war in 2000.

And indeed, Berezovsky’s Chechen links surfaced last year in a $6.5 billion London lawsuit that he had slapped against playboy oligarch Roman Abramovich.

During the trial Abramovich claimed that Berezovsky had links to Chechen terrorists, while a former Chechen separatist claimed Berezovsky financed the separatists in the 1990s.

Meanwhile, the Chechen connection continues to be useful for Britain. Iranian news agency FARS reports that a group of 39 Chechen terrorists left London’s Heathrow airport last week for Istanbul to sneak into Syria via the Turkish borders and join other terrorist and armed rebel groups in the war on Damascus.

Perhaps Britain likes to believe that its managed chaos against Russia is payback for the murder of defector Alexander Litvinenko. London won’t budge from its view that Litvinenko was killed by Russian secret service agents sent by Moscow.

Perhaps Britain, and more precisely MI6, should discard any 007 pretences. For, if Litvinenko was indeed killed by the Russians, then it proves the real James Bond lives in Russia. It would be a body blow to Britain, the original home of 007.

In 2010, a senior Russian minister said up to 40 hardened criminals were being harboured by London as a part of a game of tit-for-tat with Moscow. However, the Berezovsky episode predates Litvinenko so it is evident that London is playing a dirty game with a totally different agenda.

Why not the United States or Spain? Well, Spain has, at least in one instance, extradited a Russian oligarch. And the United States tends not to be a favoured destination for Russian fugitives, because the authorities ask intrusive questions. Also, if your country does not have oil or uranium, in Washington’s eyes you do not exist.

That leaves Britain. According to The Guardian, “This is competitive tendering, in terms of law and tax enforcement, and Britain comes in lower than other American and European rivals.”

“Apart from the weather, what is there not to like here? An industry has been created to cater for the oligarchs’ every need. Former ministers represent them in the Lords; former spin doctors do their PR; lawyers queue up to represent them, using Britain's hideously indulgent defamation laws to slap suits at the first sign of trouble.”

“Financial advisers make sure the oligarchs pay as little as possible on their earnings, savings, and even their council tax. Private boarding schools welcome their children, and their chequebooks.”

Strangely, despite the red carpet welcome, city comforts and MI6 sinecures, it’s no longer cool being a fugitive. Perhaps it’s go to do with the fact that bodies of UK-based Russian exiles are piling up. After Litvinenko, in 2008 Berezovsky’s long-time business partner Badri Patarkatsishvili suddenly dropped dead. A postmortem concluded he died of a heart attack.

It looks like London is getting too hot for folks hiding from Russian justice. And it’s got nothing to do with the coming summer.