Reflections on the print media in Russia and India 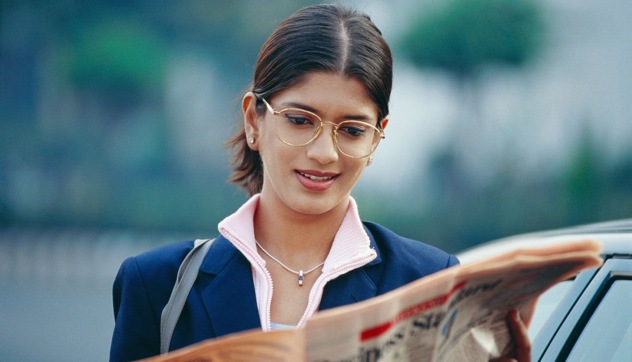 Russians and Indians have a completely different outlook when it comes to newspapers and print journalism, although there are some similarities among the journalistic fraternity in the two countries.

Unlike India and many other British Commonwealth countries, where people can’t start off a day without reading the morning newspaper, Russians don’t wait for the paperboy to hurry up with the daily delivery. An idea as unfathomable in India as being without the morning paper in hand along with a cup of tea or coffee won’t horrify someone in Russia.

Print journalists may not win too many popularity contests in India but the Russian public altogether has an uneasy relationship with the newspaper industry. A former Communist and one-time diehard Lenin fan told me that she stopped reading the papers the minute she realised that they were just propaganda tools, “full of lies.” Based on my own experiences, her views are rather common in the country. I tried to impress on her that the Soviet Union was history and that newspapers, especially on local issues, tended be fair in Russia. She shrugged off my comments and said I was being loyal to my profession.

Reading Russian newspapers was a great way for me to learn the language and get a glimpse of the society, although it was hard to distinguish between hard news and opinion. There seemed to be a thin and blurry line between the two and my Russian colleagues often crossed it without blinking. Editors of Indian papers tend to be stricter when it comes to mixing hard news with personal opinions but sadly journalistic standards seem to be falling across the board in the country.

Several questions have been raised about freedom of the press in Russia but as an insider in Russian and Indian journalism, I think there’s a great degree of self-censorship in both countries. Mainstream papers in Russia don’t want to be too antagonistic towards the government when it comes to domestic policies, whereas in India, the same logic applies when it comes to international issues. The greatest fear in India is being labelled “anti-national” by the public, which zealously supports the government on foreign policy.  Then there is a widely held belief in the world’s largest democracy that an irked government may come down on a publication like a tonne of bricks using the powerful apparatus of the state.

One could argue that in Russia, there seems to be greater attention on regulating the media but I wouldn’t necessarily see this as a negative point. For instance, a new bill was passed by the lower house of parliament that calls for fines on media publications for using foul language. The bill is fair enough in the sense that teenagers and even children may get their hands on a newspaper and adults shouldn’t be setting an example of using curse words for the younger generation.

The authors of the bill, however, also call for media outlets to be held accountable for swear words written on their website by readers.  Censoring comments from readers would prove to be a Herculean task for popular websites. The Internet, after all, provides a great opportunity for those with a dark side to post racist, misogynistic, homophobic and nasty comments under the veil of anonymity. This dark side comes out in its worst form in some popular Indian websites. The recent stoking of tensions between the Indian state of Tamil Nadu and Sri Lanka created a full scale reader war on the websites of many Indian publications.

There was a time when politicians in Russia even wanted to ensure that journalists dress decently when coming for a press conference. (I can’t say I entirely blame them). Ten years ago when I went for my first press conference in Russia, I received more attention than the bureaucrat who wanted to make a humdrum announcement. Yes, an “Indian sighting” in a small town far away from Moscow would arouse a fair degree of curiosity but it wasn’t how I looked but how I was dressed that caught the attention of my colleagues. The journalists at the press conference didn’t think that wearing formal attire was a must when meeting a senior official. The bureaucrat in question told me later that he was sick of journalists “dressing like homeless people,” and told me that he was sure that this wasn’t the case in India. I smiled and decided to think of those well-dressed business journalists who go for major press conferences of companies like Infosys and not of a large number of colleagues in cities like Delhi that would make their Russian counterparts look a lot more “neatly dressed” than they were.