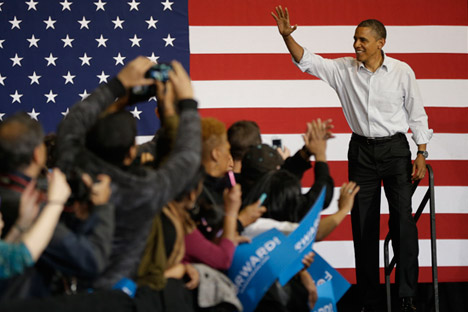 The current US policy disfavours the setting up of old-fashioned military bases abroad, which would be wasteful and unwarranted in the post-Cold War era. Source: AP

The US is acquiring some very valuable real estate in the Indian Ocean by exploiting the perceived insecurity of the political elites who usurped power and currently matter in Malé.

The American diplomats on the South Asia beat maintain that there are “no plans for US base in Maldives.” The US stance is that their Status of Forces Agreement [SOFA] under negotiation with the government of Maldives is a “normal practice.”

They argue, the US has signed SOFAs with over 100 countries, so what’s the big deal. The Maldives Defence Minister Mohamed Nazim says that as per his understanding, the SOFA would facilitate “joint military training exercises” that the US has proposed. Meanwhile, Chinese newspaper Global Times has carried on Monday a Xinhua agency report appropriately entitled “Maldives could allow increased US military presence.”

Do these reports contradict each other? To my mind, the reports are variations of a single theme. Consider the following:  The current US policy disfavours the setting up of old-fashioned military bases abroad, which would be wasteful and unwarranted in the post-Cold War era. Clearly, Okinawa in Japan or Yongsan in Seoul are a thing of the past.

The United States is currently negotiating a SOFA with Afghanistan. But Washington maintains that it has no intentions of setting up military bases in Afghanistan – although the intention is quite obviously to establish open-ended American military presence in the region.

US seeks military presence in Maldives

No one can take exception to such diplomatic sophistry. The former US defence secretary Donald Rumsfeld who had a way with words conjured up a brilliant expression to describe the post-modern American military bases abroad. He called them “lily-pads” and embedded the label in a new military doctrine signifying a fundamental shift in how the US forces are deployed worldwide in the 21st century.

A reasonable compromise under the circumstances will be to refer to the upcoming US military bases in the Maldives as “lily pads.”  Plainly put, the US-Maldives SOFA happens to contain terms and provisions, which go way beyond what the Pentagon would operationally need for a bunch of beefy American trainers to visit the island archipelago to train the armed forces of Maldives. Pentagon has coined a nice expression to call its military training programme for the Maldives – “coconut grove.”

Funnily, too, according to the latest CIA Fact Sheet, the Maldives as a country would have 4167 men and 3595 women “reaching militarily significant annually”, which is to say, Pentagon will have a real hard time finding people to come to the coconut grove to get trained.

To be sure, all this is a joke. Who is it that the American diplomats are kidding? Plainly put, the US is acquiring some very valuable real estate in the Indian Ocean by exploiting the perceived insecurity of
the political elites who usurped power and currently matter in Malé.

Britain found Gan military base in the Maldives to be of great worth during World War II operations. It gave up Gan in 1976 as it pulled out from “east of Suez.” The Pentagon now wants it back. Period.

But the real stunner today has been the claim by a senior US state department official in Washington that the Obama administration consulted New Delhi about the upcoming SOFA with the Maldives.

Of course, there is no way to cross-check an American diplomat’s claim. But then, any Indian pundit would know the US is a benign military power and its military presence is a great thing to have – be it in the lily pads in Singapore, Thailand, Diego Garcia or Bahrain or the dozens of lily pads spread across the Persian Gulf region or the new lily pads coming up in Afghanistan and the Maldives. Conceivably, the more lily pads the merrier; they keep the Chinese away.