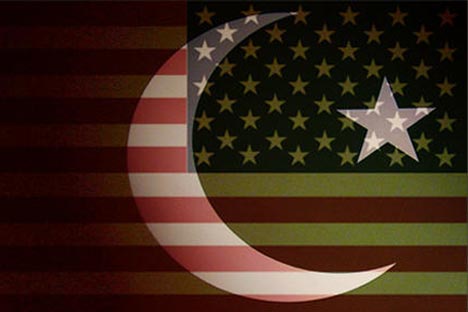 Evidently, Washington has signalled to the Pakistani leadership that drone attacks are not entirely a thing of the past.

Rehman has been described as the “chief military strategist” within the Taliban and it will be hard to replace him. His death is a major blow for the Pakistan Taliban.

The drone attack on Wednesday, however, becomes a “case study” for several reasons.

It is the first drone attack since the May 11 election in Pakistan and it comes a week after President Barack Obama announced new ground rules for drone attacks. Evidently, US signalled to the Pakistani leadership that drone attacks are not entirely a thing of the past. This is one thing. Second, it is widely noted that the Pakistani foreign ministry statement has been milder than usual in its rejection of the attack on Wednesday.

The point is, Pakistan would have mixed feelings about Rehman’s death since he was responsible for some dastardly attacks on the Pakistani state and it would have been very difficult for Islamabad to do business with him if peace talks were to be held with the Pakistani Taliban in the coming weeks or months.

There have been past instances where US and Pakistan coordinated the drone attacks. The attack on Wednesday might or might not have been one such case but the suspicion will linger. The first confirmation of Rehman’s death came almost instantaneously from Pakistani intelligence officials.

Interestingly, the US special representative for Afghanistan and Pakistan James Dobbins went ahead with his visit to Islamabad on Thursday. And he was received by army chief Ashfaq Kayani and the incoming Prime Minister Nawaz Sharif.

Dobbins would have measured the political temperature of US-Pakistan relations. Sharif regretted the drone attack but also offered to work with the US.

Other reports mention that Sharif may appoint Tariq Fatemi, a distinguished former diplomat who served in China and the US (twice) as ambassador, as his foreign policy advisor. Fatemi is known to advocate the strategic ties with the US while upholding Pakistan’s core interests.

Sharif has to do some tight rope walking in the period ahead in tackling the terrorist groups. Imran Khan lost no time in challenging him on the attack on Wednesday. This vicious cycle of one-upmanship will continue, but Sharif will know that Khan has to keep his Islamist flock in high spirits lest he got stranded.

On the other hand, significantly, army has not said anything about the attack on Wednesday. The media has not shown any inclination to condemn the US, either. The mood is one of saying the minimum that is obviously called for when the US has violated Pakistan’s territorial integrity, but to move on. Plainly put, the sense of relief in Pakistan that Rehman has been put out is palpable.

Whether it was fortuitous or deliberate that the attack took place and Rehman eliminated before Sharif assumes office on June 5, we may never know. But Dobbins did undertake his first visit to Pakistan as special representative in the shadow of the drone attack – and, most important, before Sharif formally took over. Obama is signaling interest in constructive engagement with Sharif.