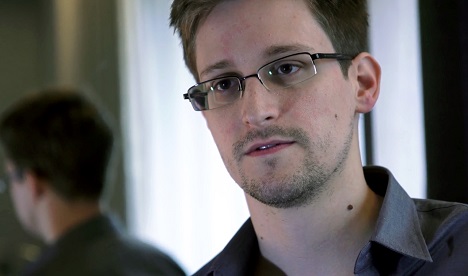 China may be inclined to see in the Snowden case the birth pangs of a “new type of relationship” with the US. Source: AP

We are in for an absorbing poker game since Edward Snowden’s extradition is bound to be a long haul, which some reports say could be stretched over years of legal wrangling.

The report made four points. One, the US’s worldwide image has taken a huge beating and even the European allies feel disturbed by what they are hearing.

Two, the disclosures knock the bottom out of the US’ accusations of China being involved in cyber espionage. Three, the disclosures underscore that cybersecurity is indeed “a new realm of cooperation” between China and the US.

Most important, the report estimates that “how the case is handled could pose a challenge to the burgeoning goodwill between Beijing and Washington given that Snowden is in Chinese territory and the Sino-US relationship is constantly soured on cybersecurity.”

Interestingly, the report has observed that Snowden is “staying in Hong Kong away from Washington’s pursuit.” It ended quoting a Chinese scholar: “The successful handling of the case would be referred to as an influential precedent between the two countries, since there has been a lack of international regulations in the areas of global internet security.”

Beijing factors in that it holds the upper hand, and would expect Washington to make the first move. This is going to be an absorbing poker game since Snowden’s extradition is bound to be a long haul, which some reports say could be stretched over years of legal wrangling.

Meanwhile, The China Daily report, here, also made it a point to highlight the reported statement by the Kremlin’s spokesman Dmitry Peskov that if Snowden makes an appeal for asylum, “it will be considered” by the Russian authorities.

After Russia and US, China jumps on Arctic gold bandwagon

The Global Times newspaper, which is used to strident posturings, also eschewed triumphalism and in a sober commentary titled “Striking a balance between privacy and national security”, GT commentary, here, it chose to intellectualize the issues involved while recognizing the potential of the case for “reshaping the boundaries of the relationships between different societies and different nations.”

Snowden will have many more secrets to tell and he gave another selective interview from his “secret location” in Hong Kong, in which he has brought in Hong Kong’s national security as well. In the interview with the South China Morning Post, here, he asserted he’d stay put in Hong Kong.

China may be inclined to see in the Snowden case the birth pangs of a “new type of relationship” with the US. But the Obama administration also needs to take a big decision to tango. Following the assessment at the US senate hearing on Wednesday by General Keith Alexander, the head of the National Security Agency, here, that Snowden’s defection has done “great harm” to the US’ national security, it is virtually certain that the Obama administration will seek Snowden’s extradition.

Significantly, hardly three days after President Xi Jinping left California, with Snowden case causing such huge damage to the US’ image, a Resolution has been tabled in the US Senate Foreign Relations Committee on Monday, ostensibly as a private member’s solo initiative. Given the way the American political system works, it could raise hackles in Beijing.

The draft resolution threatens to reinforce the US’s “pivot to Asia”, asserts that the security of the Senkaku islands in Japan’s control falls within the ambit of the US-Japan security treaty, and, curiously, endorses the incipient Japan-Taiwan moves to harmonize over the disputed islands. As regards the South China Sea, the Resolution visualizes a “multilateral” solution between the ASEAN and China. The test of the draft senate resolution is here.