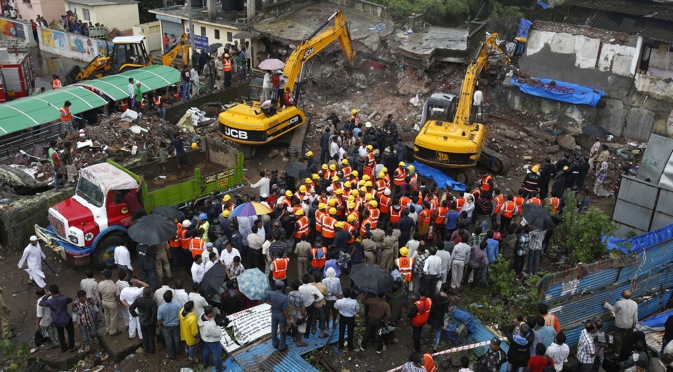 Russia has the technology and the know-how to deal with natural disasters and the onus is on India to accept Russian technical help in setting up a national crisis management centre.

In April when India’s Home Minister Sushilkumar Shinde visited Moscow, Russia offered technical help to India in setting up a central crisis management centre. A long-term Russia watcher laughed at the developments that led to an agreement to create a so-called emergency situations commission. The elderly gentleman said India would face a natural disaster in 3 months and be caught off guard and there would be the usual public outcry in the country powered by the television channels and then those not directly affected by the tragedy would forget everything in a few weeks.  This man’s words turned out to be more or less prophetic with the floods and landslides that have taken thousands of lives (the official death toll is a cruel joke) in Uttarakhand.

We were told in April that Russia and India would “cooperate in scientific research and studies, as well as in forecasting and gathering information during natural emergencies.” Maybe two months is too short a time to have done anything, especially when one considers the fact that the ruling class en masse exits sizzling hot Delhi and its power cuts in May. But cooperation in disaster management is something Russia and India have been discussing since June 2011. A business-like approach by the bureaucrats behind the scenes could have possibly led to some direct efforts by the Russian Emergency Situations Ministry to help set up modern facilities in India.

This initiative and the urgency should have come from India, since it needs the technology and know-how to deal with natural disasters, which are a tragically regular occurrence in the country. Russia is equipped with a National Crisis Management Centre (run by the Emergency Situations Ministry) that keeps real time records of every case of accidents and natural disasters in the vast country. This centre has mobile infrastructure that can airlift rescue and relief teams into any part of the country within a matter of hours. One has to wonder as to how many lives could have been saved in Uttarakhand if India had similar facilities.

The National Crisis Management Centre (NCMC) was established in October 2008. It conducts continuous monitoring of the Russia's territory and the state of industrial facilities. The NCMC is tasked with the acceleration and optimisation of emergency response activities with the use of modern technologies.

The disaster in the Himalayan state was like a natural 26/11. An incident that caught the country completely unaware and unable to swing into action at the most crucial time: the first 24 hours. The horrific attacks in Mumbai in 2008 made those in power realise that the country was so inadequately prepared to deal with very well-trained and motivated terrorists. One can only hope that the floods and landslides in Uttarakhand will make the authorities put as much emphasis on preparedness for natural calamities.

The urgent need of the hour in India is a professional semi-autonomous body, which works on the lines of the Russian Emergency Situations Ministry, whose personnel are on call 24/7 to respond to emergencies and natural disasters. Russian official statistics show that the ministry’s relief workers save a life every 12 minutes. This is an area that an old and reliable friend like Russia would be more than willing to help India in.

Tailpiece: The Indian Armed Forces need to be commended for their rescue efforts in the Himalayas. Time and again, the armed forces of the country have shown their efficiency and professionalism, as well as their dedication to the people of India. No amount of praise could possibly be enough for the real heroes of India, the country’s silent and often unsung heroes.